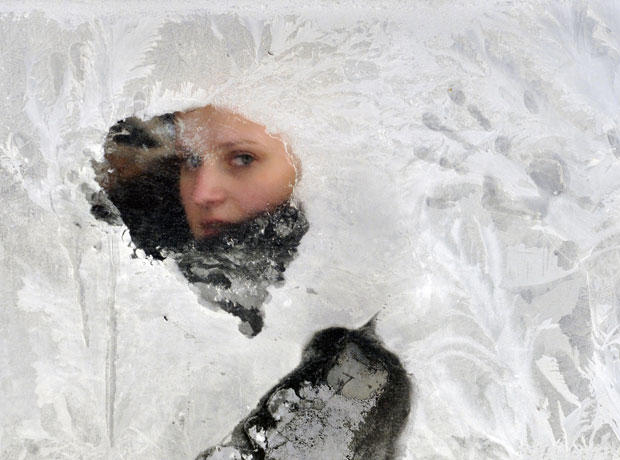 What is the Seattle Freeze? Based on Erik Lacitis’s article on The Seattle Times, “Newcomers to the area have described Seattle natives as being standoffish, cold, distant, and not trusting.” Seattle local radio station KUOW produced an interview series about Seattle Freeze on social media. The responses ranged from “people tend to interact within a particular group in bars and restaurants” to “Seattle locals are very polite but not particularly friendly.” Perspectives on Psychological Science Journal did a study in 2008 to map five key personality traits (extroversion, agreeableness, conscientiousness, neuroticism and openness) in all fifty states and the District of Columbia. The results show that Washington State ranks the 48th in terms of extroversion and 46th on neuroticism. (KIRO, 2008) This study is telling us that Washingtonians are more inclined to be introverts.

So are Seattleites happy? Seattle public radio station KPLU created a “Happiness Report Card for Seattle.” This project is the first of many from the Seattle Happiness Initiative, conceptually based on larger measurements of “Gross National Happiness”. This survey includes eight perspectives such as material well-being, psychological well-being, community, education, etc. The result shows that Seattleites are least happy about community participation (41.7/100). However, Seattleites score highest on psychological well-being (77.8/100) and material well-being (73/100). The results revealed that Seattleites have a high sense of psychological well-being, but they are not doing as well on time management and balance. The survey also claims that youth ages 19-24 are the unhappiest group due to lower scores on the time balance and community participation sections. Most young survey participations tended to trust people less and lacked strong social support, which may result in the “Seattle Freeze”.

Seattleites are fairly happy in terms of psychosocial well-being but many are unhappy because they do not believe they are doing meaningful work. Additionally, high work demands disconnect Seattleites from spending enough time with their family members and friends. The survey also revealed that traffic plays an essential role in lowering Seattleites happiness. On average, Seattle commuters report a daily one-way 30-minute commute. Seattle is the third fastest growing city for long-distance commuters. In 2014, Seattle ranked 10th in nation for horrible commute times. According to a study from Wagner School at NYU, 6.8% of Seattleites are super-commuters (commuters travel 90 miles or more to their place of work), which is higher than national average. Bad traffic conditions further limit Seattleites social time as they put more time and money into commuting to work.