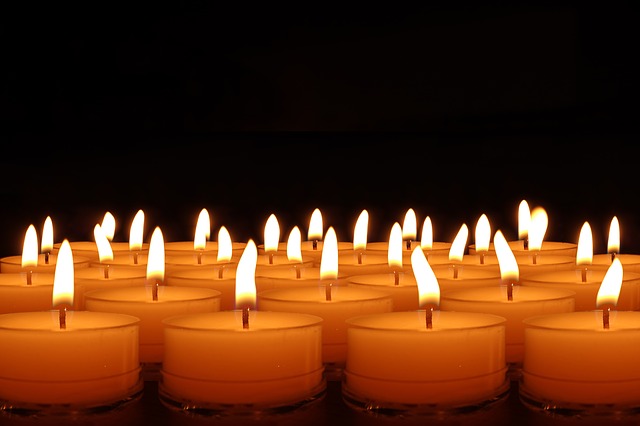 “It is Christmas in July!”  So the boob-tube informs me every time I try to momentarily escape the real and surreal horrors of MSM news, alternative news, Internet news, news from the universe.

I seek a morsel of sustenance; a moment of transcendent awareness—a peak moment such as one used to find, rarely (admittedly) in old movies (when the convivial, hapless drunkard-father in “A Tree Grows in Brooklyn” sings “Annie Laurie,” for example).  And, instead, I get Hannity, O’Reilly, Pelley and Kelly book-ending the real message of this summer: It is Christmas in July!

What oligopolistic cartel imagined such an advertising ploy?  Ambush the unwary, heat/humidity/drought-badgered consumer with pictures of snowflakes, rosy cheeks, Christmas carols, and rev up the buying engines 5 months early!  Get them in the mood to buy on Amazon, etc.  No need to hit the terror-susceptible malls this year!  To update Tammy Faye Baker: Shop till you drop on your own laptop!

There are three kinds of lies, Sam Clemens declared thru his witty, curmudgeonly doppelganger: “Lies, damn lies… and statistics!”

Even Mark Twain, it seems, found it difficult to contemplate the most intractable of all lies: the half-truth!  Why?  Because it is half true!  (But which side’s up?)

Maybe I first thought about this half-truth business as a senior in high-school.  My family had moved from New York City (where the middle-class schools were quite good) to Miami Beach (where they were not!).  The book I was forced to read (what else should I say, but “forced”?) in “Social Studies” was “Communism versus Democracy.”  I asked my teacher: “Shouldn’t the title be, ‘Communism versus Capitalism’?  Or, maybe, ‘Totalitarianism versus Democracy’?  Isn’t the title as it stands making certain unwarranted assumptions or presumptions?”

Actually, I didn’t ask.  I was not as curmudgeonly then as I am now!  But…a nascent dissident, I did think about it!

Education in America is more about socialization than education.  In high-school it’s about male athletes (mostly) and female (mostly) cheerleaders, the “in-group,” and everyone else.  (Add one more lie to the panoply: Call it the “hidden truth.”)

The hidden truth of a college education these days is that naïve students are entangled in spiders’ webs of inescapable debts while pursuing an “American Dream” with which safe-cracking politician-“guardians” of the treasury have long since absconded.

“What sort of government do we have?” the mythical charwoman is supposed to have asked Ben Franklin, emerging from the Constitutional Convention.  “A Republic,” he synoptically replied, “…if you can keep it.”

Of course, we couldn’t keep it!  By the time we rolled around to the 14th Amendment—not quite out-and-out declaring that corporations were “persons” with all the rights and entitlements of “persons” under law, but for all intents and purposes establishing the corporatist credo—we were by then, in the early 19th Century racing towards the sort of government we are now; viz., Oligarchy for the super-rich; Plutocracy for the merely rich; Bureaucracy for the Middle Class; Anarchy for the poor.

And so, during Christmas-in-July, over our imaginary turkeys, we bow our heads in grief for the nine innocents killed at the African-American Church in Charleston; but our half-baked, half-truth-be-told media have almost nothing to say about the equal number of Blacks (including children) killed in Chicago gun-gang violence within 1 week of that incident.  And virtually nothing to say about the tens of thousands of Americans killing each other and themselves each year in this depraved and violent land!

But, protests the true-believer: We have the First Amendment—freedom of speech!  And we have the 2nd Amendment—the right to protect ourselves!

Frankly, I’m tired of these hackneyed responses.  The First Amendment was trundled neatly into its place behind the legal tomes by Justice (!) Holmes when he argued that one couldn’t yell “fire!” in a crowded theater when there was no fire!  Fair enough… except that Holmes was talking about peaceniks and war-resisters during the First World War, who, according to Holmes’ judgment, had no right protesting war near a recruiting station!  As for the 2nd Amendment—it’s adherents always seem to forget the dependent clause about a “well-regulated militia”!

Frankly, these days, I’m much more concerned about the 4th Amendment—that overlooked sibling which is supposed to keep us “secure” in our persons, our homes, our personal effects.  At a time when the FBI can be hacked and 21 million Americans’ personal and business records are God-knows-where, why is there no hullabaloo about the rankling sacking of our 4th Amendment rights?

But, forsooth…it’s Christmas in July!  Slow down and smell the mistletoe!

There’s really nothing to worry about… except the “Lone Wolf”!

And could it possibly be true that there are thousands, or tens of thousands, just like him, lurking, awaiting their perverse opportunity to pounce?

“Why do they hate us?” Americans wondered after 911.  And, our Philosopher-King George W. Bush answered majestically: “They hate us for our freedoms!”

And most goody-goody Americans went back to sleep.

“They” couldn’t possibly hate us for the Gulf War, when W’s namby-pamby father refused to pay America’s former ally, Saddam Hussein, for the debts he had incurred while fighting our proxy war against Iran?  “They” couldn’t hate us for the “turkey shoot” when our brave pilots slaughtered tens of thousands of retreating Iraqi forces in that “clean-their-clocks” Gulf War?  Could they possibly hate us for our invasion of Iraq, killing and maiming and displacing millions of Iraqi fathers, mothers, children—destroying the most advanced Arab nation, with the best access to advanced education for women in the Arab world?  Could they hate us for ransacking “the Arab Spring,” bringing in dictator el-Sisi in Egypt… or for ramming a sword up Qaddafi’s ass while Hillary Shrillary made a dumb joke about it?

We pride ourselves on our “separation of Church and State,” but who ever proposed that we separate Morality and the State, or Wisdom and the State?

Perhaps during this “Christmas in July,” we would be wise to wipe the snowflakes from our eyes and consider this old algorithm from the Book of Proverbs: “Then I saw and considered it well: I looked upon it, and received instruction.”

Gary Corseri has performed his work at the Carter Presidential Library, and his dramas have been produced on PBS-Atlanta and elsewhere. He has published novels and collections of poetry, has taught in public schools, prisons and universities, and has published articles, fiction and poems at The Seattle Star, Village Voice, The New York Times, Redbook Magazine and hundreds of publications and websites worldwide. Contact: gary_corseri@comcast.net.