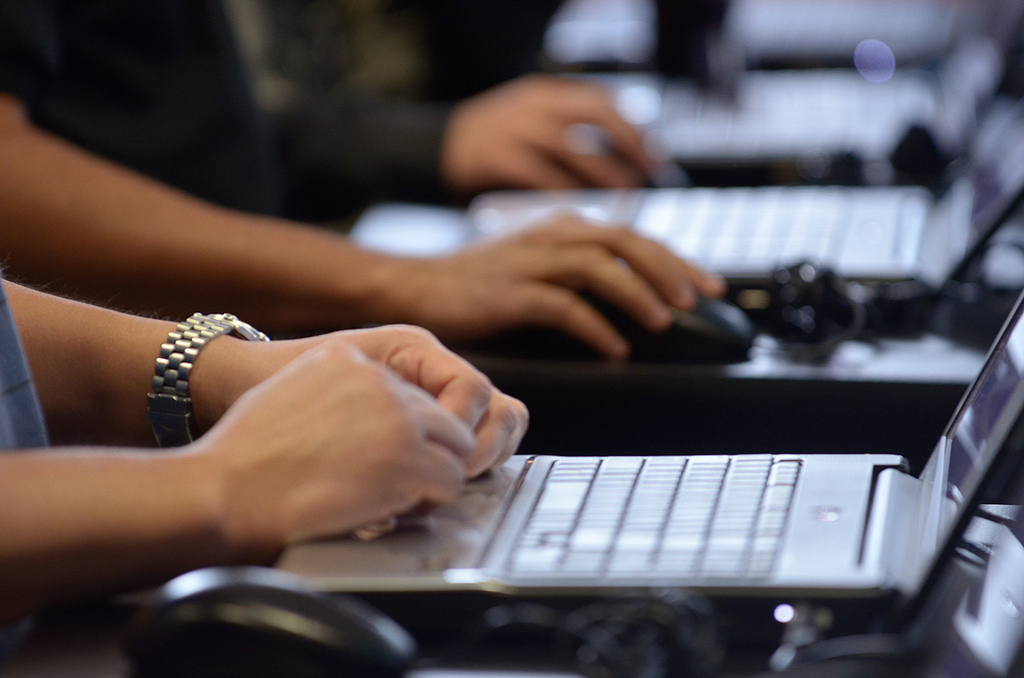 Have you ever wondered what factors may shape the interactions we have in online chatrooms? With the advent of the Internet 20+ years ago, the ways in which we communicate have drastically changed, allowing us to easily interact nonverbally or anonymously. Whether it’s in a chatroom, email thread, or an online forum, most of us have taken part in some form of group communication on the Internet. Maybe, unbeknownst to us, we became a part of the group’s collective intelligence, a form of group intelligence that can surface after collaboration and competition among individuals in the group. But some scientists are wondering, how can we measure the ability of others to communicate in a group, and how can we quantify the effectiveness of a group?

Two traits that make us “distinctly human” are our abilities to empathize and to interact well in social settings with others. These traits are usually measured in face-to-face situations, and may be more difficult to measure online, away from in-person social cues.

The researchers in this study recruited around 270 individuals to participate in a series of tasks online or in person. For individual tests, the participants completed the Reading the Mind in the Eyes (RME) exercise, which requires an individual to estimate the mental state of a face based on an image they are given. This test was performed in addition to several online tasks, some group-based, and some individual.

The researchers structured the online tasks similarly to previous in-person studies of collective intelligence. The group tasks for the individuals online included solving a Sudoku puzzle using a group chat function (see image above), unscrambling words, performing memory tasks, or typing large text pieces with the help of the group. The individual personalities of each participant were also used to contextualize their unique place in the group dynamic.

This group data, in combination with individual RME results, provided a statistical factor that was used to measure the “general intelligence” among the online group. The amount of communication, and the ToM abilities of the group, were strongly correlated with high collective intelligence. More importantly, the medium of communication (online) did not hinder any abilities to contribute to group tasks or to interpret the emotions of others.

In an age where we rely on the Internet for rapid communication, it can be comforting to know that our collective intelligence may not diminish. These interactions could be as productive and as stimulating as many of the group conversations we have on the phone or in person. The ability to communicate and perceive group dynamics may transcend the limitations of the Internet and allow us to continue to understand and collaborate well with our fellow human.