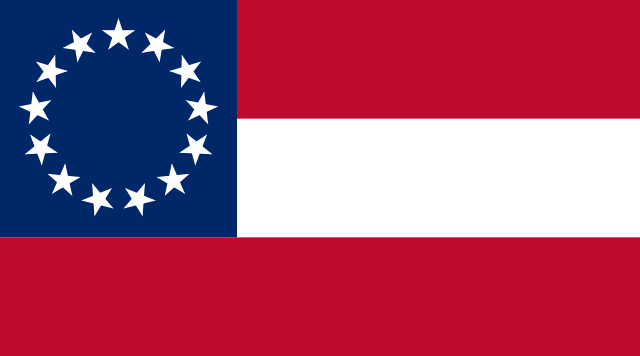 I’ve marched in the Civil Rights Movement. During the Vietnam War, I marched behind a Peace Symbol flag, and just happened to be in the flashbulb’s light when the Boston Globe reporter snapped his Canon. My picture made it to the newspaper’s front page, which a war-supporting high-school administrator posted on the bulletin board in the faculty cafeteria with the caption: “Is this really the kind of character we want teaching our kids?” Some fellow anti-war faculty nodded surreptitious approval at me, but even more simply glowered. (I couldn’t understand why…. It wasn’t a terrible picture—even though I hadn’t smiled!) It was that kind of time….

For over half a century, I’ve written articles against racism and war. I was shocked and I grieved to see what happened at the Charleston Emanuel Church. Quickly, the call went out: We need to have a “conversation” about race in America! And, almost as quickly: Take down the Confederate flag! But, let’s be very clear: the Confederate flag is not a central issue here.

Sometime later, at that very white, upper-middle class Boston suburban high-school where my picture had nefariously been bulletin-boarded, my advanced English students were complaining about “all this symbolism stuff” that showed up in Shirley Jackson’s dramas, Dickens’ novels or Hemingway’s stories.

With Bogart cool, I didn’t say a word: I chalked the heart-symbol on the blackboard. Next to it, I drew a Christian crucifix; and then a five-pointed star; and then a Star of David. I juxtaposed the quarter moon and star of Islam, and then the Yin-Yang symbol of Taoism. And then the Buddhist swastika, and then the reversed Nazi swastika. I asked my students to identify these symbols and to explain why some were important to them and some were not.

It would be a much more pleasant world if we all understood symbols in the same way! (Even at their tender age, no one did.)

I told them about a teacher in another part of the state. She had also tried to teach a lesson about symbolism. She had dared any kid in her high-school English kid to take down the American flag in the classroom—and step on it.

Of course, there’s always at least one adolescent in any group who will take a dare! That teacher lost her job, and probably her career, for her bodacious demonstration of this entangled matter.

Symbolism is always important, but the Confederate flag is maligned if it is merely reduced to an historical oddity— a symbol of American racism, something to put behind us. Let us be very careful here! Any attempt to drive that flag underground will only succeed in making it a more potent symbol of resistance. Resistance to the Federal Government, the consolidation of power, etc.

Coming from a mixed religious background, an olive-skinned “Caucasian” (yeah, my school records indicated that), being especially fond of Asian women, and with great respect for enlightened souls of all creeds and backgrounds, I don’t “rank” people according to their appearance— nor their family history.

But, I do try very hard to know the real history, the oft-hidden history, of my own country and other countries— those countries still palpitating among us and those long-gone in the faintly-resounding well of Time.

Books like Dee Brown’s Bury My Heart at Wounded Knee, which I read in my 20s, cast a cold, hard light on America’s wars against its Original Peoples. Authors like Richard Wright, W. E. B. Du Bois, Langston Hughes and James Baldwin helped me understand the racial struggle for dignity. The Dark Side of Thomas Jefferson enlightened me about that top-notch “hero” with muddy boots. The books in Howard Zinn’s People’s History series continue to inspire me to probe further. Oliver Stone and Peter Kuznick’s 10-hour series, The Untold History of the United States should be watched again and again!

Our Civil War was not about “liberating slaves” – and most Southerners know that. Would there have been draft riots in New York if there were popular sentiment in the North for the liberation of Southern slaves? Would some 50,000 “Yankees”—mostly recently-arrived Irish immigrants—have shown their defiance of Lincoln’s draft and lynched about 100 Blacks if there had been such a hunger to “liberate” slaves in the South? (If only they had $300—a huge sum then—they could have bought their way out of the draft, as richer, more established Americans had done—in both the Revolutionary War and in the “Civil War.” (Let’s recall that it is called “The War of Northern Aggression” in the South. Southerners felt they had a Constitutional right to secede! Frankly, I agree. And, if there had been no “Civil War,” the “peculiar institution” of slavery would have outlived its usefulness much sooner than the apartheid-segregation that replaced it!)

The slave-trade had been very profitable to the North and South for several decades. When the North began to industrialize, its need for cheap labor became paramount. Might such “cheap labor” be found in the South—among “liberated” slaves?

Also, there was that huge territory recently conquered from the new Republic of Mexico! What to do with it (mostly occupied by “redskins” or “savages” as Jefferson had designated them in The Declaration of “Independence”—and as Lincoln must have agreed when, as a young man, he fought them in the “Blackhawk War,” and, later, during his Presidency, had 39 of them hanged, when they tried to escape their prison-reservation)?

Frankly, I have no love of the Confederate flag; but, just as frankly, I have no love of the American flag…. Yet, from the age of 5, I was compelled to stand and “pledge allegiance” to that flag. I had no idea, of course, what “pledging” or “allegiance” meant then! On the 4th of July, when Americans raise their flags as a proud symbol of their “freedom,” will anyone dare to lower their flags to half-mast to commemorate the 60,000 Americans who died in a now-acknowledged “unnecessary” war in Vietnam – let alone the millions of Asians? Would it be disrespectful even to suggest such a gesture?

I think our “issues,” now boiling over in many ways, are even more deep-rooted in the human psyche than white-black distrust and antagonism: xenophobia; fear of the Other; fear of oneself and the Unknown.

These various fears have divided us since our colonial times–when we hanged “witches” in Salem; or invited Pequot “Indians” to be our “guests” at a harvest festival, then locked them in a building and burned hundreds of them alive!

Was it the huge, dangerous “frontier” that generated such fearfulness? Was it the oceanic separation from the “Mother Country”? Was it the ever increasing disparities between indentured servants, the working classes, the super-elite?

We need to do a lot more searching, a lot deeper digging, if we’re going to root out and destroy the virus that has been killing us for centuries!

Soon after I had joined the faculty at that suburban Boston high school, “bussing” programs were introduced— notwithstanding the strident opposition of anti-bussing groups. My extra-curricular contribution was an interracial “Black and White Club” where students could meet and share their experiences, get to know each other. We read Soul on Ice by Eldridge Cleaver, and poems by Hughes, Countee Cullen, James Weldon Johnson and Claude McKay.

Express, recognize, define, explain, re-define, refine, listen and learn…, and we can respect other people’s symbols for what they are: waystations on a long and winding road to a transcendent, global awareness.

Gary Corseri
Gary Corseri has performed his work at the Carter Presidential Library, and his dramas have been produced on PBS-Atlanta and elsewhere. He has published novels and collections of poetry, has taught in US public schools and prisons and in US and Japanese universities. His work has appeared at Pressenza, The New York Times and hundreds of publications and websites worldwide.