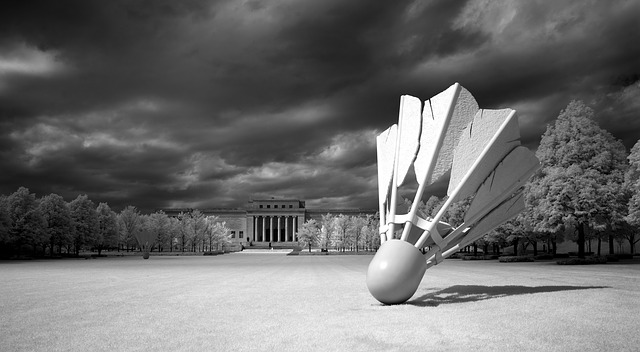 Museums of art, culture or personalities, including those of science and anthropology, need a major change in concept, if to maintain the interest of future generations. While attempts have been made, many museums still lack convincing strategies. That is the case especially for ethnographic exhibitions, including the both well-liked Parisian Musée du quai Branly and The Metropolitan Museum of Art. But also exhibitions of visual art often lack the ability to comprehensively connect the viewer to the exhibited piece and its creator.

The art of creating a museum lies in the ability to make artefacts come alive:
I recently had the pleasure to work with the Museum of Gastronomy in Prague. The creators and owners, Lada Provaan and Nina Smetanová, understand what is relevant. One may think, it is easier to present the history of food than one of art or a musical composer personalities. But the means are fairly similar. How is it, that the figurines in this food museum, standing for Neanderthals in their beginnings of cooking in human history, are more convincing than those mannequins of the American Indian reservation museum Mohegan Sun in Connecticut or those representing ancients in the Museum of Natural History in New York? “Installation art”, explains architect Lada Provaan, “needs to touch the visitor’s five senses to leave a memorable impact.” In fact, the glory lies in the connection of the five senses to achieve best results of experience and comprehension. His figures do look real. Additionally, the visitor can pick up the cow bone from a mannequin’s hand and investigate it. “You can imagine,” the architect laughs, “that the upbringing of visitors from some cultures more than others makes them shy touch the bone. Still, we take it as a vital artefact, talk about the bone marrow, relate to its use in Haute Cuisine today, and in doing so create connections on a variety of levels.”

A museum’s taboo of touching on exposed objects has been a major restraint to close experience. Objects vanish in display cases instead of jumping at you to bring your heart to burn and your mind to spin. Visitors may be impressed by the world’s capitals’ media-hyped museums, but is the close-to-real-life feeling that they are lacking in such Walmart-style museums as in churches today (with an exception of gospel service perhaps).

Every show object was once in use by a real person. This state of being alive for someone needs to be reconstructed in any successful exhibition. Mr. Provaan continues to describe their strategy: “In our museum, blind people can deconstruct a meat grinder, touch and taste things, and smell herbs and spices.”

Although it may be true that a food museum is somewhat facilitated through the possibility to substitute things, such “ingredients” can be created even in other types of museums. While Mozart’s original piano may not be touched, people could still obtain the opportunity to touch a piano per se and try playing the composer’s music – be it upon instruction. That is memorable experience. In a Neolithic museum in Malta, the visitor feels engaged by crossing a sill made from stones just as old as the ones built Thousands of years ago. Ritual objects may be freed from their show cases and be arranged spatially corresponding the way when they were in use. Last but not least, modern art makes more sense in the original Barnes Foundation than one added to the next on a multi-purpose white museum wall.

I call for the principle of inclusion versus exclusion. Unless a contemporary piece of art explicitly makes it its meaning, every artefact for exhibition is “consumed” better when integrated into a context in an intellectually and emotionally appropriate form. Specialization turns toward technology, generalization towards human experience. The human mind can abstract better that he can fill in all the elements of a real-life situation.

Often, creators of exhibitions believe to achieve a notion of life through digital appliances. I believe, that too much importance is being given to computerization today instead of the actual experience of the subject’s life. This is a fact incomprehensible to me since history classes at school. Anything historic can be revived in so many ways more interestingly than through the want-to be-modern digital gadgets. Their appliance and use is a desperate attempt to overcome a museum’s resemblance of a panopticon. In fact, often the digital experience has a sleep-effect rather than one of animation and motivation. It may even block the creation of further interest in the user. Touch is not the same as touch. Touching a screen for images or sound to appear cannot replace the experience of touching material or an instrument that has been directly in use. That is one main conflict in museum presentation.

How can an artefact be made accessible and be conserved at the same time? The Newberry Library of Chicago holds the only original copy of the Mayan book of creation believed to exist. The original is either kept in Guatemalan caves or in the minds of a few initiated Mayans. The book in Chicago has probably been written during the conquest in the 15th century. On his official visit with the intent to recover the book for Guatemala and bring it home to the town where it was written, Mayan leader Don Tomas Calvo Matteo was little surprised to find the icon behind bars and in basements, well-preserved but completely isolated from its real-life purpose. This of course is a somewhat extreme but pressing example, reflecting many of its kind. For the Mayan leader, it is incomprehensible why a life object should be kept locked away from all but a few museum curators. To him, the object serves life and not vice versa. Here, it loses its life, force, purpose and therefore its meaning. This book, like a relic, only functions in its context. While the Mayan leader and Guatemalan congress are trying to recuperate the book of Mayan creation, the same concern may be transplanted to other museum artefacts elsewhere. Touch or no touch, and how imitation does not substitute reality.

Often, the means are not even material, but psychological. Creating the illusion of proximity to the exposed subject, object or situation does not need technical virtual reality. To return to the example of exhibiting Mozart, why not have tea in a room dressed just like in Mozart times or wander dressed in an over-coat like his? Too much Disney World? Let’s wake up: we long have arrived in Disney World, and Europe is not an exception by holding on to old-fashioned boring museum presentations. The Czech food museum’s creator says: “We start our presentation tour asking: have you ever felt hunger? And that way we get right down to the matter of our museum’s content and its beauty and relevance and actuality.” With this quality the museum offers something that all the glass displays and tours in The Metropolitan Museum of Art, all the architectural beauty and iconic object placement of the Mussée du quai Branly in Paris or architectural dominance at art-department-store MOMA do not have.

Gabriela Jurosz-Landa is a scholar of anthropology and art-anthropology. A graduate from Ludwig-Maximilians-University in Munich, Germany (with graduate studies in Vienna, Prague, Berlin), she lectures and publishes on international cultural-political topics and Mayan justice, spirituality and cultures. As the founder and president of FORUM of WORLD CULTURES, she engages in organizing inter-cultural encounters. www.ForumWorldCultures.com.