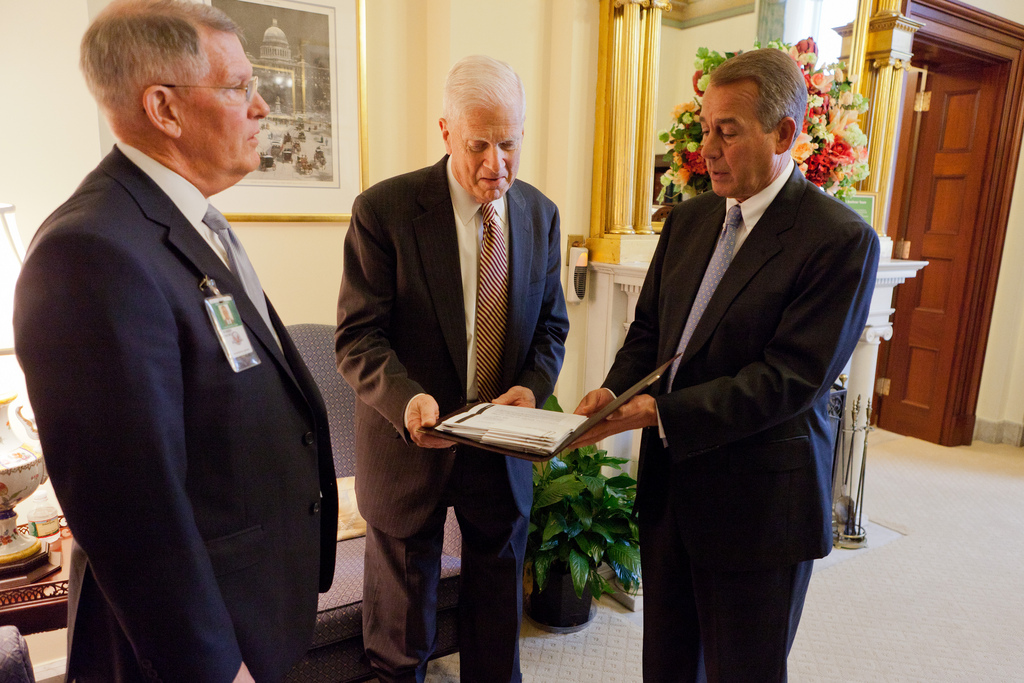 There’s a reason “librarians everywhere” were singled out for an EFF Pioneer award in 2000. Time and again, in fights against censorship and intrusive surveillance laws, librarians have been allies of the public, serving as the institutional representation of the ideals of intellectual freedom, unfettered speech, and reader privacy.

Users need allies like that in the federal government—and they now have a chance to get a new one. The position of Librarian of Congress—the United States’ top librarian role—has opened up for the first time in 28 years. President Obama should fill that spot with a candidate that has a strong record of supporting core library values and can help ensure that those values are fully realized in the digital age.

Unfortunately Dr. James Billington, who’s been in that office for nearly three decades, has not been that kind of librarian. He’s come under heavy criticism in recent years, in part because he has not provided the technical leadership to bring the library into the 21st century. That criticism is likely underscored by his personal technological preferences, such as communicating with his staff largely via fax.

A re-energized, 21st century Library under a new Librarian could do all kinds of practical good. For example:

The Librarian of Congress could also be our foremost advocate for libraries across the country. She could help shape an orphan works proposal that was responsive to the needs of the millions and millions of users of copyrighted works, not just a few influential rightsholders. The next Librarian of Congress could throw institutional support behind executive efforts to support encryption and privacy technologies.

Jessamyn West, the librarian whose Librarian of PROgress campaign has become a focal point for this discussion, has been a leading voice on what we can hope for in, to use her term, the #nextLoC. In a post last week, she laid out a wishlist of what she and other members of the library community would like to see.

As she notes, these priorities could certainly match those of somebody who already works in a library—perhaps unsurprisingly, the American Library Association too has advocated that President Obama nominate a professional librarian for the position. But they could also come from somebody who is simply passionate about users rights. Free speech, privacy, and intellectual freedom are core values of both EFF and librarians everywhere, and we can always use another well-placed advocate. We urge the president to choose one.