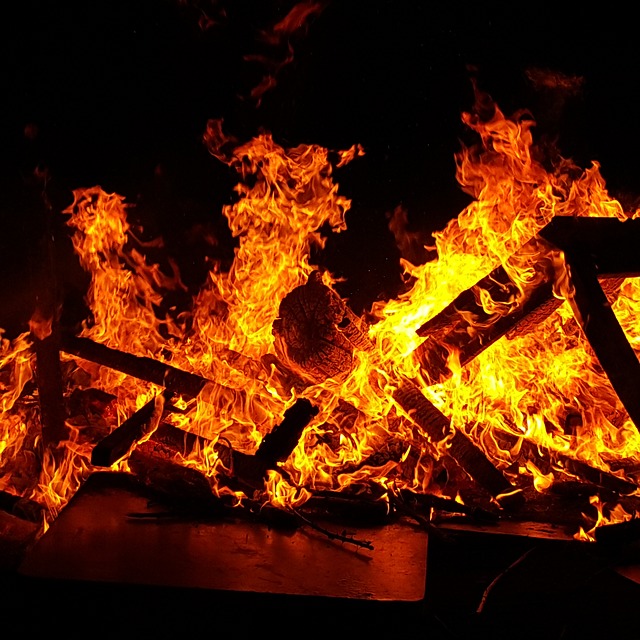 Carri lifted her daughter into her arms, cradled her to her breast and squeezed. Dawn was small for 10, but Carri would have hoisted her baby girl into her arms were she twice the size. Dawn, in turn, wound her legs about her mother’s hips, wrapped her arms about her mother’s neck and squeezed back with the whole of her little frame. Together, they stepped off the deck and shuffled through shaggy grass toward the sad little shed and shouldered their way through the door and into the chilly gloom of the tiny outbuilding.

Carri surveyed the cramped quarters, spying several cord of wood, a box of old and yellowed newspapers and a clear plastic lime-green cigarette lighter resting on the cobwebbed windowsill. Gently setting Dawn on her feet, Carri reached for the lighter, noting the chamber was still half full of fluid. She spun the gritty little wheel with her thumb, but not until the third try did a defiant blue flame spring to life from its tiny metal mouth.

“Just what we need,” she said quietly.

Was it Rusty’s music that had begun to tranquilize Former Coroner Ron, or was he just that deathly exhausted? Listening deeply, Former Coroner Ron felt his breathing slow and his eyelids grow heavy. I could drift off sitting up right here, he thought, as the words to the song’s chorus drifted up and about his ears like a gentle breeze. Former Coroner Ron’s eyes grew wide when he realized he did indeed feel a warm breeze tickling over his scalp. Glancing up, Former Coroner Ron saw a wreath of reddish sand dance about the young man in gentle whorls.

Leaning over the shallow pit, Dawn stacked the smaller pieces of kindling below the steeple of larger firewood slats, as her mother instructed. Crouching down beside Dawn, Carri touched the tiny lighter flame to a twist of old newspapers. As the hungry orange flame began to consume the old papers, a low roar could be heard across the yard.

The owl women stood and stared into the fire. Dawn backed gently into her mother as Carri drew her arms over Dawn’s chest, drawing her back as the hungry flames began to grow and encompass the aged, dry wood. Their faces grew hot as they watched waving patterns of oranges and reds engulf the old timber.

Carri looked down at her little girl and saw, for an instant, the hundreds of little girls she had been. Dawn looked up at her mother and saw the hundreds of mothers she had been. As the fire grew in confidence, Carri looked up at the stars peeping from behind the meandering gray clouds far up in that very old sky and felt a touch of fatigue. They had chased the Thelema Child from one end of this little sphere to the next, so long at their task they had forgotten what it was. In returning to themselves there came the knowledge of the constant pattern of their defeat, how often they had been returned to dust. Carri discovered that with this newfound awareness came a weight, and deep, deep doubt they could continue this fight.

“Mommy, how come it took you so long to come back and find me?”

Carri, long dreading the moment when this question would finally come, prayed her answer made sense.

“Because those who set us to this task no longer have the power they once had,” she said. “Returning me, returning us to life wasn’t as easy a task for them as it once was.”

“Yes, I think I did. But some part of me heard you, heard you calling for me,” and the words caught in Carri’s throat. She looked down at her daughter, unable to fathom the years and years alone, a soul trapped and isolated in that little house. How does a little ghost girl keep from going mad? Perhaps, she thought, because she was a little ghost girl and not an adult.

“I’m so very sorry,” Carri said and began to weep.

“Its okay, Mommy. You’re here now and we have Rusty and Doctor Goltry. They’ll help us.”

“Yes, yes they will,” Carri smiled. “Now, let’s get back inside, we need to get started.”

The painful bubbles began to settle back into the Razor Baby’s dull gray hide and the pain was now starting to recede. Rage jangled through its hunched frame as the Razor Baby rocked back and forth on its little trunk legs. Stealth would not work, a direct assault was best, but for that it needed a line of sight. It needed to see before it could leap.

Marshalling his confidence, Rusty strummed the song’s final chords. But when it came to the closing progression and the fermata comprised of those last few fragile harmonics, Rusty felt himself falter. Playing for this strange man was challenge enough. Doctor Goltry would never be the wiser, he told himself, and in that split second before the song’s close, Rusty’s confidence dropped in his shoes and he simply let the song end with a delicate downward strum.

“Oh…thank you,” Rusty said brightly, feeling a blush rise beneath his cheeks.
Before an awkward silence could grow between the two men, Carri and Dawn entered through the back door. Moving to the refrigerator, Carri gave the freezer door a tug and reached inside for the little Ziploc bag containing the bedraggled corpse of the shrew she’d laid before Rusty the night before.

Had it only been the night before, thought Rusty. When we’d wound around one another so perfectly? When I felt like the world had stopped turning and all was frozen in mid-step save she and I? No, it hadn’t simply been last night. It had been a lifetime ago and an entire world away.

Closing the freezer door, Carri turned back to the two men.

“Doctor Goltry, where is the creature?”

Former Coroner Ron glanced down at the back of his thighs and knew the answer instantly, “It’s just across the street. My God, I think it’s just sitting on the sidewalk. It’s—flustered and enraged—furious,” Goltry laughed.

“Good,” Carri smiled. “Gentlemen, I think it’s time we put things in motion.” She gestured and all moved with haste into the back yard.

The fire in the pit had now climbed to a hearty height, rising to just above Dawn’s shoulders. As the quartet approached, they were greeted by the pleasant sound of popping pitch and the sight of golden-red sparks propelled in happy arcs before being extinguished by the damp grass. A thin column of smoke rose up above the bungalow and the neighboring rooftops, joining with the canopy of low clouds that seemed to ever hover over the Little Gray Town.

Carri made a sweeping gesture with her arm and the four positioned themselves in a circle about the fire.

The night was calm and quiet, the way nights in most little towns can be when the day is done and everyone is safe and shut inside their homes with the television sets purring and mumbling while the world slowly turns deeper into the dark.