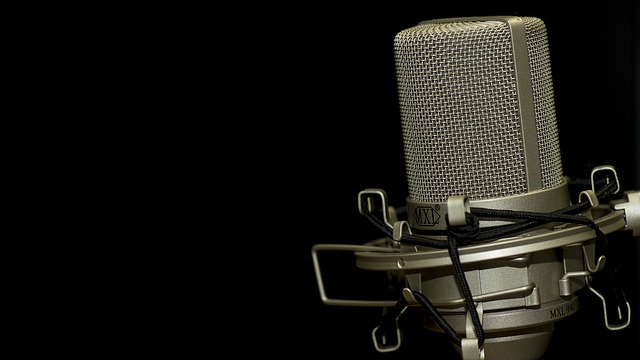 Nicholas Kent began by wanting to do something about oil. The BBC were interested but wanted to make sure the concentration lay on post-WWII Britain.

Out of this came the seven-part series, The Price of Oil. Arranged chronologically, each part covers a particular incident in the history of oil, emphasizing the UK’s role in it all. Mr. Kent and producer Jonquil Panting signed on Jack Bradley & Jonathan Myerson as lead writers and so began “a season of dramas” about oil — or at least nominally so.

The first part, Stand Firm You Cads!, begins with a riot. Dr. Mohammad Mosaddegh has taken over the Anglo-Persian Oil wells and nationalized them, effectively throwing the British out of Iran. That’s the larger context. Against that plays a melodrama of a married British woman carrying on an affair with the Iranian man who rescued her from the riot. This affair, I take it, is meant to be a metaphor of the play in miniature: the wanton skanky Anglo-Persian Oil (aka British Petroleum) carry on an illicit affair with the Iranian people’s oil, but it only ends in tears and claims of superiority–after all, what else do the Poms ever have to use as their license for misery and oppression other than the White Man’s Burden? The following discussion between the American negotiator and the British representatives will clue you into the heart of the matter:

For the Brits, it’s the end of their influence in Iran. For the Iranians it’s the beginning of their nationalization. For the Americans — well, it’s a pretext for a CIA-funded coup to overthrow that awful Dr. Mosaddegh so that their wonderful allies the English won’t look like complete jackasses, and so that ultimately control over oil passes to them–a common theme in the series.

Looking for Billy is the converse of Stand Firm You Cads! and is just a little too trite. Couched in the language of the hard-boiled detective novel, it’s filled with stereotypical plot devices: a sexy female client, a voice-over narrator who spits forth terse witticisms, a voice on a tape that offers an important clue, and guns–of course. The nominal subject of the overall series–oil–is merely a pretext for a fairly dull story of a woman looking for her brother. To my ears it’s an object lesson in the problems of trying to reduce large socially complex material to the individual level. Nothing in this drama raises a political or social issue. There is no attempt to connect the actions of individuals to a larger context; these characters have no interest in politics or society, and don’t even seem a part of either. They exist in a small world with small minds and small motivations. I find such worlds, minds, and motivations uninteresting. Had it been played for comedy, I’d be more forgiving. Instead, I can only sigh.

Fortunately this is followed by The Weapon, a taut drama about Carlos the Jackal and the OPEC siege of 1975. Most interesting to me about the piece is its bouncy tone throughout: it almost sounds as if nothing unusual is happening at all, which makes the piece even more tense.

The casualness eventually yields to misdirection as Carlos tries to keep his cool while his accomplices lay into him once they find out the real truth about what’s going on.

There are no happy endings here. Instead, the play just stops. Nothing is resolved, as such, but the cracks have begun to show and it’s obvious by the end of the siege that Carlos and his revolutionary comrades as a movement are not long for this world.

It’s a very effective piece with a couple of excellent performances by Joseph Balderrama and Zubin Varla, and a well-pitched script from Jonathan Myerson.

Mr. Myerson’s Baby Oil deals with the US invasion of Kuwait. It isn’t subtle, but then it needn’t be. It aims to tell how a British public relations firm sold the war to America by engineering the infamous Nurse Nayirah testimony. And the PR machine was anything but subtle.

In this slightly fictionalized version, an ex-Congressional adviser has a Damascus moment after bilking the American public into buying the Persian Gulf cover story, and decides to enlist in the army. The recruiting sergeant refuses him, and thus the tale begins, a defense of why he deserves to be put into the army.

The script is cruel at times, but I don’t mind that, either. And Mr. Myerson’s obeyed my Rule #1 of argumentative drama: the protagonist cannot have the best argument. Here the protagonist is absolutely out to lunch as he does his job of finding “dead babies” for the American public and, more importantly, the US Senate. The sergeant to whom he tells his tale and the politicos around him all have the best arguments. He simply has cold feet. But then, I probably would too if I’d shilled that disaster to the world at large on the most tenuous of premises.

The Ogoni people’s campaign against the environmental degradation of their land by the oil industry has crystallised into a mass movement. Under General Abacha’s military regime, the dispute between the people led by Ken Saro-Wiwa on the one hand, and big oil on the other, is reaching its height – when one local businesswoman finds herself caught up in its notoriously violent consequences.

The local woman in this case is Sira Banatu, a basket weaver, played exquisitely by Nadine Marshall. She has no real interest in politics or in what her brother does. She is just trying to get to London to sell her baskets.

And I think that’s the problem with Rex Obano’s drama. The nominal protagonist really has no stakes in the larger political drama. She simply finds herself caught within it. She makes almost nothing happen; instead, things happen to her. That’s lamentable for many reasons, not the least of which is that it would be much more interesting if she were an agent instead of a reagent. Also, it’s a bit obnoxious to have yet another female character whose actions are less important than the men around her. There are many nice touches in the piece but something nags.

To my ears, Mr. Obano’s script does not fully argue that no one in the play can remain untouched by its political backdrop, nor does he argue convincingly to me that the political backdrop is more than just a backdrop. This is the biggest weakness of English-language political drama. Once an author presents the vastness of politics on the stage, an unpleasant tendency sets in to contain the drama on the stage. But politics on stage, like life itself, doesn’t need to be contained. It needs only to allow a listener in, and reward the listener with clarity. There are ways into Mr. Obano’s piece: the acting is quite good over all, the dialogue is excellent. But there’s a remarkable kind of non-interaction of environment and character that obscures the clarity.

Joy Wilkinson’s play, No Two Days, is in many ways my favorite of the seven plays. I particularly like the way the levels of narration weave in and out of focus, to the point where it’s difficult to separate which parts are dream, which parts are matter-of-fact, which parts are prevarication, which parts are purely wishful fantasy. Amid it all, regardless, is another story of oil — this time about Deepwater Horizon — which obeys Rule #1 above and goes on from there to prove that unless one works with matters of fact in the industry nothing political even makes any sense. The play argues that the oil industry itself is built on speculation, hope, guesswork, and just enough science to hold it together while people put their lives on the line for it in more ways than one.

I rather enjoy Faye Marsay’s performance as Izzy in the piece. Her portrayal of idealistic naïvete strikes me as fully convincing, and she makes excellent choices that subtly help the listener figure out what level of the story she is on at any given point. Paul Higgins is a good foil for her, though his character as written is a bit of a cipher. But then, given that the play takes place largely in Izzy’s head and that, despite her journalistic pretensions, she’s likely to have one-dimensional views of things, I do not find it unbelievable. When they go toe to toe with each other, it hardly matters anyway. The writing is crisp and clear without being tendentious — always a plus, especially in political drama. And the actors obviously enjoy playing off each other.

The final drama of the seven, Blood From Stone, has me of two minds. It’s supposed to be a comedy — at least Auntie thinks so. But the comedy comes and goes. I take it that the scenes with the old man on the psychiatrist’s couch are meant to be uproarious but they are barely nod-worthy in the main and at best make me smile feebly. The scenes between other characters or even between the old man and everyone else do even less for me.

It’s difficult for me to say much about the piece because it’s all so very straightforward. I don’t dislike Tamsin Oglesby’s script. Given its simple premise–what would oil mean to Britain thirty years into the future after a couple decades of fracking and the dissolution of OPEC?–she could have made it all sci-fi, filled with painfully adolescent discussion about technology, but she is smarter than that. Instead she’s clever enough to know that 30 years is not as much time as one might think, and the world of the play is very much the same as the world in which I live now.

Nicolas Kent’s Tricycle Theatre company was always politically active, and remains so even after his tenure. Half the Picture and The Great Game explored the Middle East but oil was never a main theme there. Given this latest alliance with Radio 4, he’s finally been able to tackle the theme. The results are a bit mixed but there’s a lot of quality here that proves political drama needn’t be facile.

The Beeb seems to be enamored of other “seasons” for their radio drama over the past year. They’ve cranked out The Home Front and Tommies as show of their ambition. Those seasons are historical, flag-waving and rather more reductive. The Price of Oil is a similar, though smaller-scale, project of ambition but more successful. Of course it’s always good to align oneself with the theater in England, because theater brings prestige. How different that is from the United States.