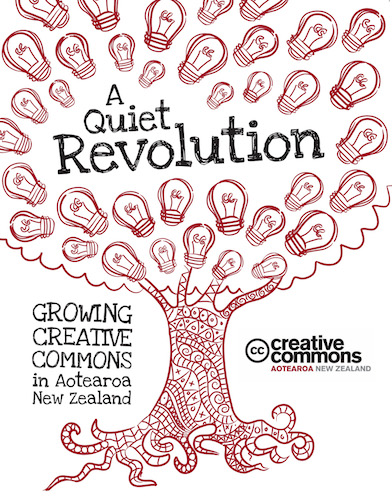 The history of the 20th Century is the history of incredible advances in human knowledge and creativity that are simultaneously locked away as soon as they come into existence. For years the mistake of our culture has been to assume that the locks have been responsible for the creativity.

This is simply not true.

There’s a fairly widespread notion that the Commons — both the Creative Commons and the public domain at-large — isn’t worth thinking about because it’s only for bunch of artists and businesses who aren’t really good enough for commercial exploitation.

It’s hard to argue against that point of view, because it’s completely ridiculous. The counter examples are far too numerous. From Nine Inch Nails and REM to Kristin Hersh in music; from Cory Doctorow and Neil Gaiman to Paulo Coelho in literature; from IBM and Google to Elon Musk’s SpaceX in business, there are plenty of examples of how individuals, groups and companies that are more than “commercially viable” using open models and building on the Commons by choice.

Behind that choice is not simply a profit motive, though that is present, too. Rather people and businesses make this choice because they believe that some things are just as important as money, if not more so. They believe that when more people are involved in their culture, everyone is better for it.

This week’s e-book of the week shows how this idea took root in New Zealand. Particularly in releasing knowledge and creative possibilities tied up in their government, Creative Commons New Zealand began to attack the problem of opening up their country’s knowledge stores for the public weal. Starting with textbook projects designed to save students and universities money, they moved on to research and open data including government reports, then to culture and heritage works — especially in the Galleries, Libraries, Archives, and Museums (GLAM) sector. As they worked together, local artists and musicians began to chip in, too.

It’s a remarkably coherent and interesting approach, and a good tonic to those people who think that the Commons is all about providing photos for free use on their blogs. As they write in their book, “You don’t need to ask our permission to champion CC, but we are here to help out.”