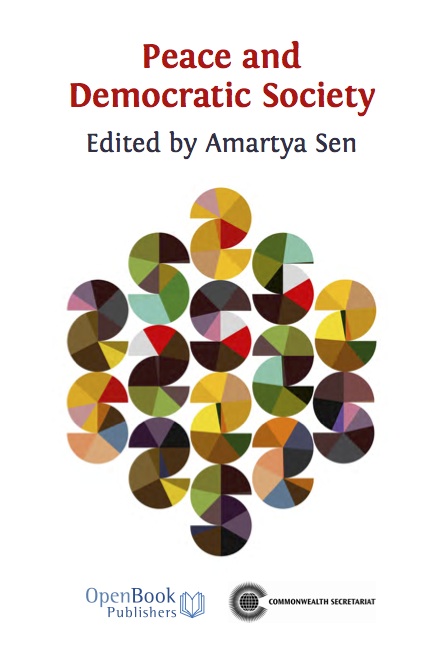 It’s been a really dreadful month in the United States. From the rise of extremism and racism to yet another brainless vote for a brainless war in the Middle East, Americans have every reason to think their country has gone completely off the rails of progress into an eternal wartime economy. Peace seems the last thing on anyone’s mind.

And so, this week we bring you Amartya Sen’s Peace and Democratic Society to remind you that all is not lost. Proposing and elaborating upon the programme of “Civil Paths to Peace,” involving women, youth, education and media, Dr. Sen’s book effectively treats the idea that the world is not experiencing “a clash of civilizations” as the bromide goes, but rather that it lacks adequate solutions to the problem of violence. Not just violence against individuals, but the violence against individuals that leads to what he calls the “organized violence” of war, terrorism, and genocide.

It’s a breath of fresh air at a time of rampant fearmongering and prejudice, whether liberal or conservative.