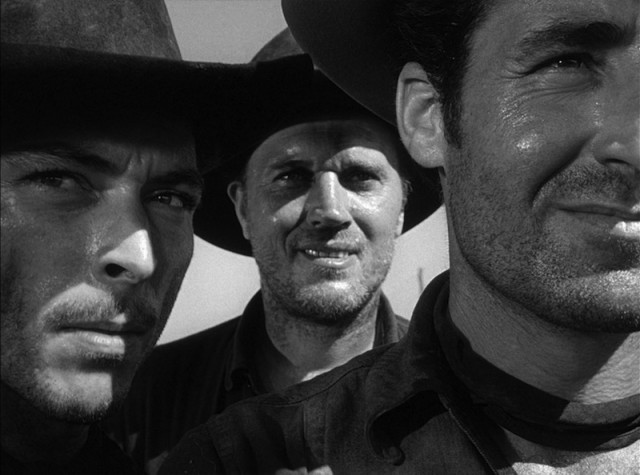 If I come back to earth as a movie star,
I want to be that guy nobody knows.
You know who I mean, don’t you?

As a young man, he gets slapped around by Bogie
in The Maltese Falcon.
He’s Sydney Greenstreet’s punk and foil.
He’s got a pug nose and he makes you
want to rub him out.

In Shane, he’s the sheepherder
who goes face-to-ugly-face with Jack Palance.
Palance plugs him, and his stupid little body
jerks in the muddy street.
You can’t even feel sorry for him–
he’s such a dolt!

Years later, he turns up in a Vincent Price
low-budget horror movie
and you can’t wait until the little dweeb
gets his spine ripped out
by the monster.

He’s in a couple of hundred other movies
that no one remembers.
(The Film Preservation Society refuses to preserve them!)

I want to be that guy because
he is the greatest actor who ever lived–
the anonymous Everyman taking the hard knocks
for all of us,
the guy who makes the hero look good,
the heroine look smart for turning him down.

He’s the first to get killed in the war
and the guy nobody misses.
(One slack-eyed G.I., longing for Betty Grable,
looks at another and says,
“Did anybody pull his tags?”
And the other one shrugs and says, “Whose?”)

I’d like to come back and be that guy
because then I would know in my human skin
what it means to be lost and ordinary–
like a hungry kid anywhere without a name–
or to fall down bloody in a muddy street
while the slick gunfighter laughs
and we all laugh in the dark.

Gary Corseri has performed his work at the Carter Presidential Library and Museum, and his dramas have been produced on Atlanta-PBS and elsewhere. His books include novels and poetry collections. His work has appeared at Seattle Star, The New York Times, Village Voice and hundreds of websites and publications world-wide. He has taught in prisons and universities. He can be contacted at gary_corseri@comcast.net.