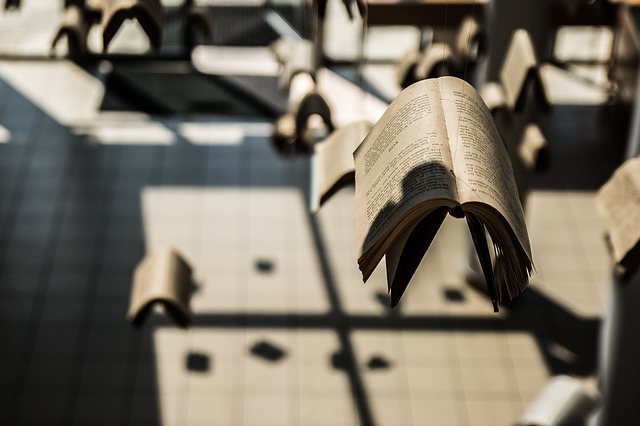 Access to educational materials varies considerably across the world. Many in low- and middle-income countries do not have textbooks, and the ones that exist are often out of date. Two recent initiatives in Poland, however, are getting free, open textbooks into classrooms—textbooks that are available online and can be easily adapted, translated, and improved upon by teachers and students.

Poland is the first country in the world to support a national open textbook program. Years of efforts by open education advocates prompted the former government to adopt two open textbook initiatives, one specifically for the first three years of school, the other for primary and secondary education across the board.

Open educational resources (OER) like these are teaching and learning materials with open licenses that can be used freely, improved continuously, and repurposed indefinitely. This saves money for both schools and parents, and empowers teachers to adapt textbooks according to their needs. In addition, standard curricula can be enriched with local materials developed within the school community through student projects or parental input, making lessons more relevant and interesting to students.

In 2008, Open Society partnered with the Shuttleworth Foundation and leaders of the OER movement to launch the Cape Town Open Education Declaration, which first called for public access to publicly funded educational materials. Other initiatives, such as UNESCO’s 2012 Paris OER Declaration [PDF], reinforced support for the public access strategy.

Following the release of the Cape Town Declaration, Open Society also supported awareness raising, community building, and advocacy in Poland and Brazil. Selection of these pilot countries was driven by interest on the ground, as OER was a fairly new concept. In Poland, our grantees formed the Polish Coalition for Open Education (KOED), now 34 organizations strong. Building on the work of KOED, in 2012 the Polish Council of Ministers approved funding for the Digital Schools’ Pilot Program, which provided schools with computers and information and communication technology resources. It also included the equivalent of US$13 million for the development of an open textbook program for primary and secondary education.

In addition, in 2013 the Ministry of Education launched its own open textbook program for the first three years of school, giving the country two complementary programs. KOED worked closely with the government on developing the textbooks, which use the Creative Commons Attribution License. The textbooks, which can be reused, translated, and adapted, were formally released at the end of last year.

In Poland, parents have traditionally been responsible for purchasing their children’s textbooks, which can cost as much as €60 to €120 (US$66 to $132) per child annually. These burdensome costs made textbooks a contentious political issue, and were a driving force behind the government’s support for open textbooks, which the Ministry of Education estimates will save parents €24 million (US$26.5 million) in the first year alone, with total annual savings of €168 million by 2020. The costs associated with production of the open textbooks are supported by funds previously spent by the government to subsidize the purchase of textbooks for low-income families.

As the open textbooks were created under pilot programs, policies must be adopted to provide long-term support for these initiatives. “Poland has made important first steps in developing a comprehensive OER policy,” says Alek Tarkowski, one of the founders of KOED and executive director of Centrum Cyfrowe, a Polish organization that works for social change through digital technology. “We are happy to see this policy further developed, with a continuation of the textbook programs and development of further open resources planned until 2020.”

Success in Poland has generated interest in OER from governments across the region. The Open Society Foundations are working to raise awareness of, build communities around, and advocate for OER in the Czech Republic, Macedonia, Moldova, Romania, Slovakia, Kyrgyzstan, and Tajikistan. Centrum Cyfrowe is also organizing an OER policy meeting in Krakow in April to share lessons learned and support OER development throughout the region.

OER is gaining momentum around the world as well. While the Polish open textbook programs are the first national initiatives launched by a government, students in South Africa use open textbooks produced by Siyavula Education, an OER technology company. Siyavula produces open textbooks printed by the South African Ministry of Basic Education. Over 10 million printed books have been distributed to approximately five million learners. In addition, in a recently published report, Open Educational Resources: A Catalyst for Innovation, the Organization for Economic Cooperation and Development concludes that OER not only contains public and private costs of education, but also supports the continuous improvement of educational resources.

Poland has become a leader in the OER movement, something the new government can take pride in. To make these accomplishments their own, the next step will be to adopt policies to support these innovative open textbook programs.