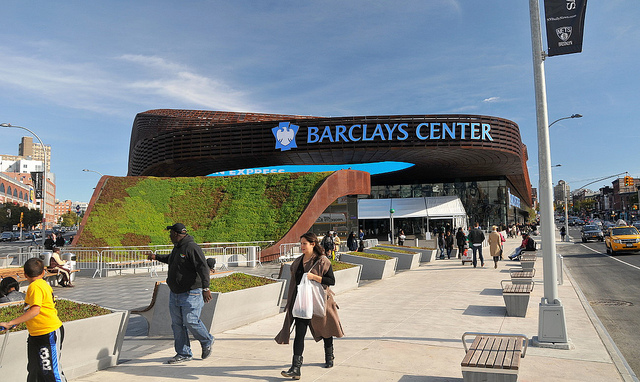 In an ordinary world it is often thought that banks are always on the safe side and they are the ones making real money from trades whereas the traders face the real risks. Traders could lose their money or double it but banks are thought of never-losing giants that have millions of other trades in the market that will save them from losing before the market closes.

A layman would think that a bank would make a mistake or even commit a fraud and get away with it because it has got money – arguably the most powerful thing in the world. However, banks do get in trouble and that has just happened in the latest case of Barclays.

The multinational bank from London has been caught cheating with its own clients. As much as it is going to cause the bank to pay some huge fines, it will be enough for its millions of investors to lose trust in it. The issue has been raised about a private platform that the investors of the bank had been using for quite some time for trading but they were not told everything about this platform.

The investors thought they had been trading on a safe platform but there were HFTs in the system that they were completely unaware of because the bank never told them about these High Frequency Traders. The operations are called the “Dark Pool” because traders are able to trade huge stocks in huge quantities here without the prices exposed.

High Frequency Trading can refer to many different types of trading but generally it is trading done through the use of latest technological tools. These tools allow banks and other financial institutions to trade in several markets on thousands and millions of shares within seconds. Even the people sitting at home doing online trading can now benefit from the use of such algorithmic platforms.

The bank is currently avoiding any comments on the matter whereas on the other side the issue of bank’s associations and dealings with Credit Suisse will also receive announcements. Securities and Exchange Commission and New York Attorney General will make these announcements.

There is news that Barclays will end up admitting its crime that it had kept certain parts of its Dark Pool operations hidden from its investors. This will still attract a huge fine of around $70 million onto the bank. It is also expected that the bank will now have to integrate a neutral component into the system that keeps a check on its operations.

An even bigger fine of around $84 million will be imposed on Credit Suisse for being an accomplice into the act. However, it is being rumored that Credit Suisse will not admit or confess, nor it will deny the charges against it.

Eric Schneiderman, who’s the New York Attorney General, showed his happiness at the fact that it will be a victory for them since Barclays has already been sued on matters related to the Dark Pool. He also talked about the contributions made by government in the matter and appreciated them. He said that such efforts from the government have not only made the bank confess its wrongdoings but it has also resulted in the bank introducing reforms in its system that will guarantee transparency and safety to the investors in future.

He also said that the fight is not over and that any other banks and financial institutions that are committing such huge crimes will also be caught.

The comments that came from Securities and Exchange Commission were not as aggressive as those that came from NYAG. Director of the Securities and Exchange Commission, Andrew Ceresney, said that the Dark Pools is playing a huge role in the current market. However, he said, the mistakes are being made by the institutions that are not telling their investors everything that needs to be told.

Assurance from the banks and financial institutions about their operations and their reliability to the investors is now a huge concern for both the parties in the trading markets. Barclays has been working to keep this huge blow away from it from some time. In the past, Barclays even tried to have this case dismissed. It is surprising that Barclays did not stop from letting high frequency traders use the system even when the case had already been brought to attention of the courts.

This was a huge blow for the investors that had trusted Barclays for years for their huge investments. They had been using the platform from the bank for making huge investments in the market without disclosing the price. Further developments in the case will be clear when the statements from Barclays come to news. Credit Suisse is also going to cause a big damage to its clientele of investors.