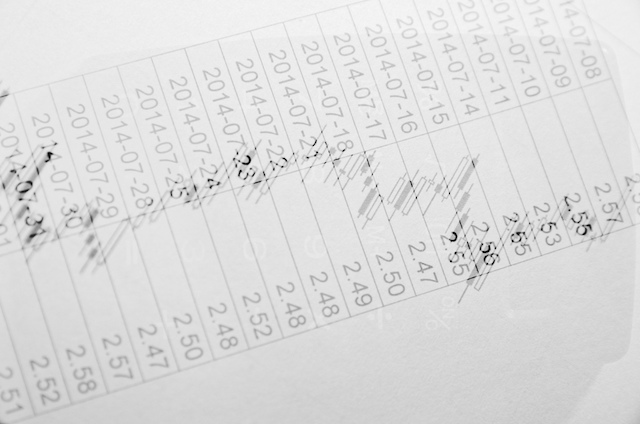 Although the severity of this issue differs across countries, the recent analysis published by Lord Adair Turner on the role of debt in the financial system is clear: property lending is one of the major causes of instability in the system as a whole. If policymakers can find equitable ways to reduce the flow of credit into the property market in order to stem price inflation among existing homes, and at the same time steer new investment into housing that’s affordable, then the social and economic dividends will be huge.

Throw in the amount of investment that’s required to increase the energy efficiency of existing homes and the environmental benefits are also very clear. It will take a combination of monetary policy intervention, a revival of state investment in the housing sector, and some truly innovative ways to structure finance to swing the balance of power back towards the users of the homes and away from land owners and capital providers. So how might this be accomplished?

Banking for the real economy

It’s clear that major structural reforms are required in the banking sector to equalize the balance of power between users and providers. In Britain and many other countries, overly-centralised banking systems have neglected small businesses and provided insufficient ‘patient capital’ for long term investment in innovation or for infrastructure. Groups that represent small businesses that were bankrupted by mis-selling or neglect by the major banks tell angry and heartbreaking stories of lives ruined and jobs and homes that were lost as a result.

The City of London, Wall Street and other centres of global finance make decisions on the basis of their own profits, not their ability to allocate capital effectively to those who really need it. Thomas Piketty, John Kay and others have shown how disastrous this economic model has been for inequality. Others such as Professor Robert Jenkins, a former member of the Bank of England Financial Policy Committee, have shown how unstable the big banks are, and how much they still rely on implicit state subsidies because they are seen as ‘too big to fail.’ This devastating 20 minute speech from Jenkins also includes the ever lengthening list of misdeeds that have been laid at the door of big finance after the crisis of 2008.

As David Shirreff argues—a former finance and business reporter at The Economist—it may be time to Break up the Banks. But it doesn’t have to be this way. Numerous think tanks on the right and the left have followed the lead of the New Economics Foundation in advocating for ‘stakeholder banks‘ which are either mutually owned or have representation from the local economy on their boards. They already exist in Germany and Switzerland, for example, and have proven themselves to be much more suited to the task of providing finance for the real economy. The growth of peer to peer lending is another promising route.

Patient capital for the transition to a low carbon economy

Thirdly, is mainstream finance really ‘going green,’ or are much more far reaching changes required before the trillions of dollars that are needed start to flow into low carbon infrastructure and technology? Preventing catastrophic climate change will be impossible without these investments. Yet analysis from the Carbon Tracker shows that the financial value of fossil fuel companies is based on extracting their entire reserves from the ground, which would make runaway climate change a certainty.

While there is growing interest in this analysis and the beginnings of divestment away from coal, the vast majority of transactions on global stock markets are carried out for short term gain. Until the regulatory framework of capital markets turns them away from speculation and back into vehicles for productive investment in healthy and sustainable alternatives, low carbon finance will always be at risk.

There’s also an inbuilt bias in the financial system towards large projects under centralised control. Put simply, mega banks and pension funds aren’t interested in lending to small, community-owned ventures in renewables, though they can become interested in offshore wind or carbon capture. Investing in the energy efficiency of buildings is also a perennial ‘Cinderella’ in the investment world. The complexity of aggregating so many small investments to save a lot of carbon is not something that’s attractive in a real estate market that’s based around making returns from rising asset prices.

In responding to these challenges, the good news is that since 2008, civil society groups working on financial reform have quietly built the capacity to offer a wider range of workable alternatives. Share Action, for example, has fostered a new wave of shareholder activism to promote social and environmental goals in companies in which ordinary people have a stake via their pension funds.

Finance Watch has fought a lobbying battle with vested interests in Brussels over the post crisis regulation of the financial services sector in the European Union, while the New Economics Foundation has produced a whole body of research that shows how stakeholder banks and other small, local financial institutions are better at serving the interests of business and the community, as well as increasing the resilience of the financial system as a whole.

Positive Money is building a network of activists across Europe to organize and advocate for fundamental changes to monetary policy so that it meets the needs of society. And the Finance Innovation Lab supports new business models in finance that have a social or environmental purpose at their core. Through incubation and policy advocacy, the Lab has helped an alternative financial sector begin to flourish in the UK. In the US meanwhile, a group called Better Markets is challenging vested interests in the financial sector by organizing in Washington DC, while in Australia, Market Forces concentrates on how the financial system can address climate issues with more success.

Finally, here’s a concrete suggestion on how to use these capacities collectively. Since 2013, UK civil society groups focused on financial reform have been collaborating together in the Transforming Finance Network, which is holding a major event in London on May 11 to bring together all this thinking, research and innovation and to look for common ways forward in creating a system that addresses the challenges laid out above. Speakers include Lord Turner and Professor Mariana Mazzucato. You can find out more about the conference here.

After the crisis of 2008 there was a golden opportunity to transform the financial system, but the political will was absent, along with the capacity in civil society to understand the issues and add weight to campaigns. But this is less and less the case. The goal now is very clear: transforming finance is essential for transforming society. Let’s not allow another opportunity to go to waste.

Chris Hewett started working on policy with the Finance Innovation Lab in 2011 having previously worked for NGOs, think tanks and government on environment, economics and finance issues. He currently leads the Lab’s work on policy research and advocacy and convenes the Transforming Finance Network. Follow him on twitter @chrisjhewett. This article originally published at Open Democracy.