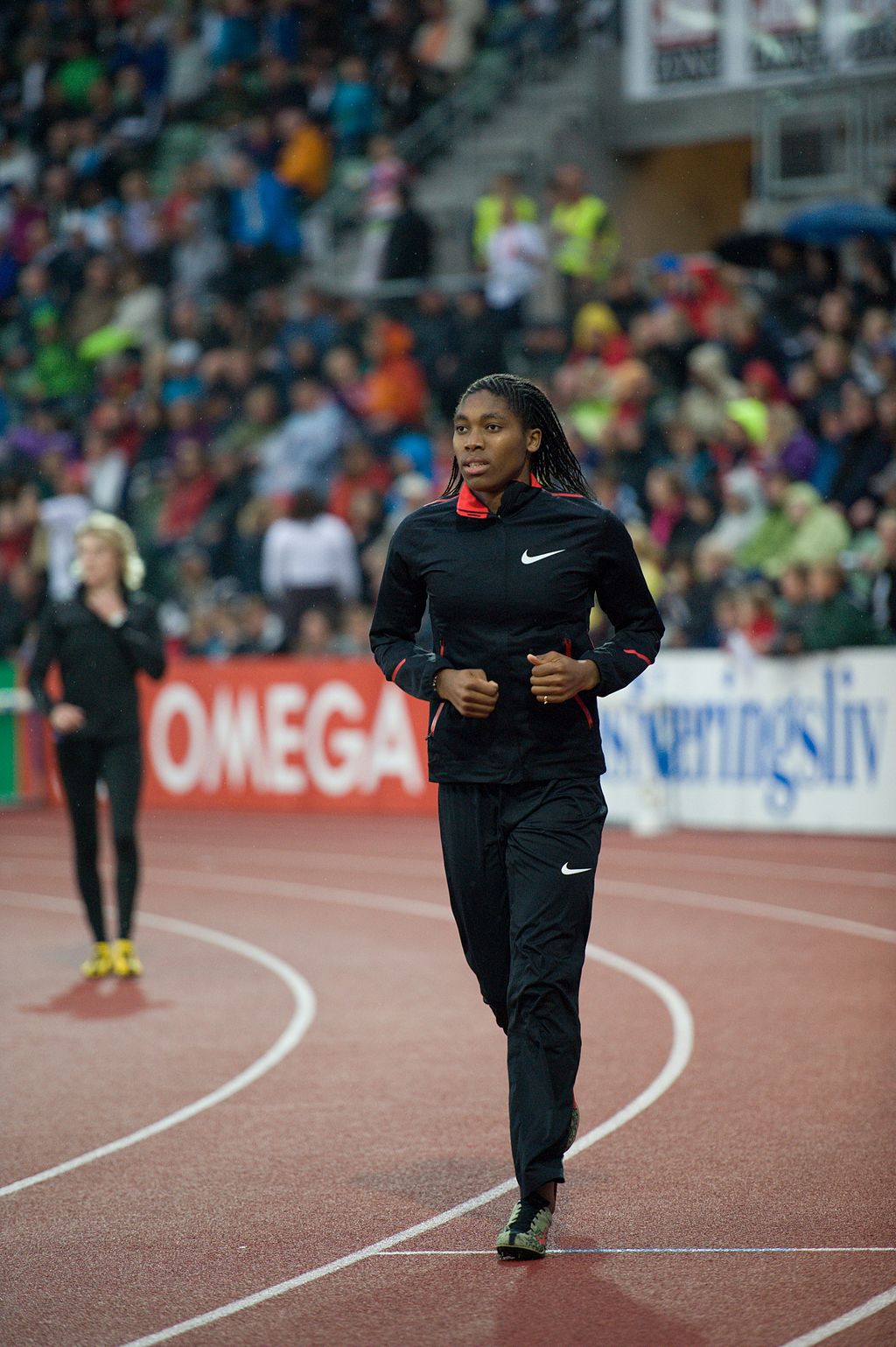 I was in my early teens when I accompanied my grandmother on a Christmas errand to deliver boxes of biscuits to each of her surviving maternal cousins. Although our extended family was big we were also close, so I was surprised when the last box was for an aunty I”d never met. “Who is Dawn?”

“Aunty Evelyn’s daughter.” Aunty Evelyn was my great-grandmother’s sister; there was an old family picture in our dining room which included a baby Evelyn.

“She married white, so they never knew the rest of the family.”

Over the next twenty minutes I heard a typically South African story about a family that had been divided by apartheid classifications. Aunty Evelyn “passed” for her entire adult life; she lived in a white area and hid her heritage from her white neighbours and children. Meanwhile her other relatives were classified “Coloured”. As she witnessed her Black sister’s treatment under apartheid, including a traumatic forced removal, I imagine one of Evelyn’s emotions was fear of being found out.

Apparently my light-skinned great-grandmother was also encouraged to “marry white”, but she fell in love with a dark husband instead. Their two older daughters had complexions like their mother, but my darker grandmother and her father mostly didn’t visit their white relatives to avoid “embarrassing” Aunty Evelyn and her husband in front of their white neighbours. It turned out that Dawn didn’t even know about the existence of some of the other beneficiaries of our biscuit boxes until she was in her fifties.

I was gobsmacked, and when we arrived I handed over the biscuits to my new old white aunty in uncharacteristic silence. On the way home, I grappled with Evelyn’s family’s alternate reality. “But didn’t the children ask questions? If they knew they had an aunt and some cousins, didn’t they wonder about your father and you, and the rest of the family? Didn’t they know where you lived?”

“Ag, they probably just thought their mother didn’t belong to a very close family.” But she did: our family. Granny summed the situation up, “It was crazy, apartheid.”

I am relaying this story because it illustrates how classification is at once meaningless and meaningful. When the pencil test is a legitimate government tool, you know there is something bizarre and unreal about classification. For many South Africans, our histories and experiences show how arbitrary racial boundaries are, but also how sharply they cut and how deeply they are felt.

In early September, I will be travelling to Brazil to cover the 13th AWID International Forum for 50.50. “Bodily Integrity and Freedoms” is one of the forum’s umbrella issues, and I am looking forward to robust discussion throughout from nearly 2000 of the world’s feminist activists and scholars about our identities and lived realities as experienced through our bodies. The body remains a key site of conflict in feminist battles, with many intersecting classifications of the human body impacting our freedom and very existence.

Classification is a tool of oppression; and oppression, of course, is rooted in power not fact. Apartheid classification systems, underpinned by dodgy biology and dodgy morality, remind us that race is constructed – a social lie. The system we use to classify sex is no different: sex is a spectrum, yet we insist on binary classification. Where intersex or a similar third category is begrudgingly recognised as an alternative to male-female classifications, intersex people are still denied the right to bodily autonomy and determination.

Indeed, the addition of “intersex” as a third classification option – rather than recognising a vast and complicated spectrum which undermines any notion of sex categories – reinforces the system which seeks to control and oppress. I couldn’t help but feel this was the case when I watched bigotry and abuse unfold around Caster Semenya as she won an Olympic gold medal in the women’s 800m race.

Since she won gold in the 2009 World Championships, Semenya’s talent has been the subject of international speculation, focused on whether she is too masculine to be allowed to compete against other women. Jennifer Doyle describes how pundits have enjoyed “the cheap thrill of unveiling a queer interloper” beneath “her broad shoulders, her hairstyle, her manner of dress, her sexuality – the queer, black female masculinity which she presents.”

Without her knowledge (and therefore consent), Semenya underwent medical tests in 2009 to verify her “eligibility” to compete as a woman; again without consent, the International Association of Athletics Federations (IAAF) publicly confirmed these tests were taking place. It was subsequently reported that Semenya had “hyperandrogenism” with testosterone levels higher than the “average” female range.

In response, the IAAF adopted Hyperandrogenism Regulations to prevent women with naturally-high levels of testosterone from competing, which were then suspended by the Court of Arbitration in 2015 following a challenge by sprinter Dutee Chand. Semenya was therefore able to compete in the Rio Olympics without altering her natural hormones; her competitors, the IAAF and the International Olympic Committee renewed their questions about whether she should be allowed to do so.

Questions about Caster Semenya’s gender – specifically, which seek to reclassify her gender or cast doubt on her womanhood – however innocently they seem to be posed, reinforce structures of oppression. When questions of “fairness” or “legitimacy” are raised, Semenya’s womanhood is also almost always bound with her blackness.

When Semenya’s detractors allude to a “problem” with Semenya competing in women’s races, they always invite us to look at her – invariably tapping into racist bias. Lynsey Sharp, who came sixth in the women’s 800m Olympic event in Rio, said in her tearful post-race interview that “the public can see how difficult it is” (my italics) to compete with Semenya and other medallists Francine  Niyonsaba and Margaret Wambui. Fifth-placed Joanna Jozwik insisted that the medallists “have a very high testosterone level, similar to a male’s, which is why they look how they look and run like they run” (italics mine).

Jozwik was even more explicit about what she meant: “I’m glad I’m the first European, the second white [to cross the finish line].” In other words, the medallists look Black and run fast (though, it should be noted, not record-breakingly fast) – therein lies Jozwik’s and Sharp’s “obvious” problem. It should also be noted that Jarmilla Kratochvílová, the white woman who holds the women’s 800m world record, has not faced similar speculation about her womanhood.

In querying the medallists” eligibility to inhabit a women’s space, Sharp and Jozwik showcased a racist myth at least as old as colonialism and the transatlantic slave trade: that black women belong in a different physical category to white women; that their bodies are more suited to hard physical labour than white men’s.

In his article “It’s Not About The Genes Stupid”, Ahmed Olayinka Sule examines a recent fascination with the genes of Jamaican sprinters and the accompanying racist pseudo-science. He calls it “a modern day extension of the black brute stereotype.” 80 years after Jesse Owens’s success left Hitler red-faced at the Berlin Olympics, scientific racism – combined with scientific sexism in Semenya’s case – is still being used to mask and justify bigotry at the Olympic Games.

By contrast, Olga Khazan points out that Michael Phelps’s “ultra-flexible feet…turn into ‘virtual flippers'” when he swims, yet his “fish-like” body causes little alarm and certainly no accusations that he should not be allowed to compete against other men. Likewise Jennifer Doyle reminds us that swimmer Katie Ledecky’s “1500m freestyle is already in the zone of men’s times” and “[her] dominance in her sport is much more spectacular than Semenya’s,” yet her womanhood is not aggressively questioned.

Accusations of incorrect sex classification have only applied to women athletes, significantly intersecting with women from the Global South. It is surprising that more feminists do not take a vocal stand against this unfair policing of women’s bodies, though this is probably because these women’s bodies are already queered by racism.

John Branch reports that “at the London Olympics [in 2012], four female athletes, all 18 to 21 years old and from rural areas of developing countries, were flagged for high levels of natural testosterone.” All four women subsequently underwent “feminizing” surgery. Semenya’s “high” levels of testosterone are a focal point, but men with higher-than-average testosterone levels are not under examination.

#HandsOffCaster started trending on South African social media as the Olympics approached, in response to renewed interest in Semenya. Given the physically invasive treatments women athletes have undergone, the physicality of the call – “hands off!” – is appropriate. Semenya’s privacy and physical autonomy had already been invaded in the past, so #HandsOffCaster also acts as a firm warning: “enough!” Medical tests are invasive; doubly so when performed without consent; triply so when the results are leaked to the media and then reported to the public.

During the 2016 Olympic Games closing ceremony, each country sent a flag-bearing representative into the middle of the Maracanã Stadium in Rio de Janiero: these were the “Heroes of the Games”. Caster Semenya was chosen to carry the South African flag as her country’s hero, and I could not have felt prouder.

Team South Africa could have opted for fellow gold medallist Wayde van Niekerk, who broke a men’s 400m world record, but Semenya’s presence in this segment of the ceremony displayed the team’s unity and strength. Her very existence in the Olympic arena at that moment defied a variety of bigots who would rather she did not exist, whether because they wrongly believe homosexuality is un-African, or, like the IAAF, because their misinformed understanding of sex and gender is disturbed by her perfectly natural hormonal combination. Semenya’s wide-reaching popularity in South Africa was the icing on a beautiful cake.

Symbolism may not offer a true or even meaningful representation of life, but it was important to have this moment. It served as a reminder that South Africa not only stands behind Semenya, but elevates her as our hero. Our expectation is that Semenya can live the life she was born into and continues to choose, love openly, and compete freely on the world stage alongside other athletes.

Caster Semenya’s success and South Africa’s stand at the Olympics have me standing with her, too, ready for AWID and ready to contribute to shared “feminist futures”. In our journey to reclaim the body in all its expressions, refusing to comply with oppressive and narrow classification systems is an integral step on the path to liberation. The AWID programme promises to be inclusive and intersectional, “building collective power for rights and justice”.