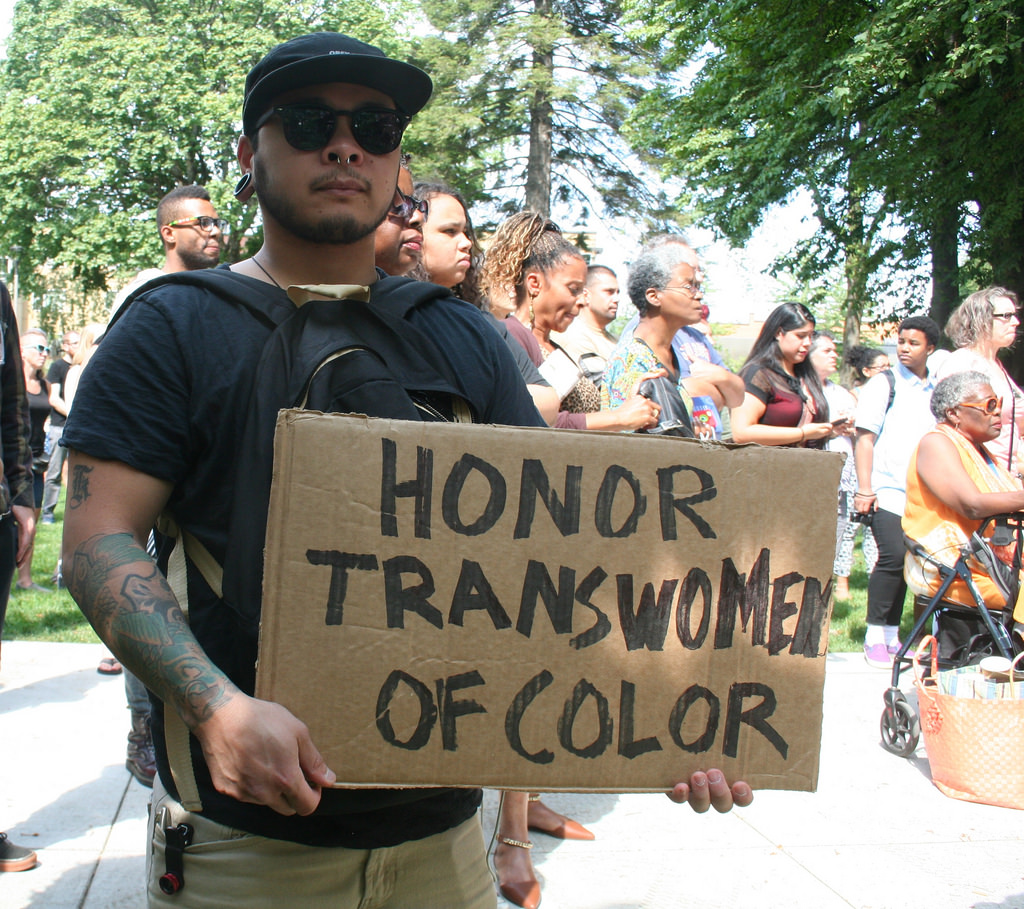 Starting a trans feminist movement in Africa has been a blessing and a challenge. I am saying this as a leader and a founder of Social, Health and Empowerment Feminist Collective of Transgender Women in Africa  (S.H.E),  a pioneering organisation working on trans women’s issues utilizing a feminist lens. S.H.E was founded in 2010. The reason I locate this as a blessing is merely to recognise that we are talking about trans women and feminism – an opportunity for engagement. My calling it a challenge is to denote the deeply troubling history between trans identities and feminist discourse. This discourse has never been institutionalised before, all we knew when I founded this organisation/movement was about its troubled relationship with feminism, and so taking on the role of purposefully engaging, debating and dialoguing about the issues facing transgender women, have not been favourably received, at least not by everyone.

The lack of recognition of trans women’s issues as being important to the women’s and feminist movement(s) is not only purported by civil society. Donors and development agencies are a part of the problem.

“I am sorry to inform you, however, that we are unable to support your efforts. As you may know, we are a grantmaking foundation that supports women’s groups working to advance the human rights of women and girls. Although your activities may be related to women’s issues, in light of our criteria and the large number of requests we receive, we must balance the limited resources that we have available against the many needs expressed by women worldwide”.

This paragraph is taken from a very real conversation with a donor to whom we applied for funding to support core costs in our work. Some elements of this email are indicative of the fact that trans women’s issues are not necessarily recognised as women’s issues – “Although your activities may be related to women’s issues, in light of our criteria and the large number of requests we receive, we must balance the limited resources that we have available against the many needs expressed by women worldwide”. This generic statement is probably one that the donor uses to respond to many applications for funding, but should never be one used to decline a funding application from the trans women led organisation. Essentially, when the funder responded saying that our issues are related to women’s issues, to us, that meant that our issues are not “real” i.e. cisgender women’s issues, and therefore the funding applications from “women” are more legitimate to receive funding. We acknowledge that our interpretation is just one of a number of interpretations that could possibly come from this statement.

In starting to challenge transphobia and hateful rhetoric in feminist discourse, we took the road less travelled.  Following very directly from and closely related to the tension described above,  I wish to venture into a fierce debate on who gets to be a woman, and who gets to call themselves a feminist. I think this sentiment is the centre of the troubled relationship between trans women and feminists – it is all centred on trans women’s courage to call themselves women, even in a very hetero-patriarchal society.

Cisgender feminists’ argument in favour of the exclusion of trans women from women only spaces has always employed body politics as a tactic to justify their exclusion. This is evident in the famous picture of lesbian feminist activist Cathy Brennan holding a picture that says: “Sorry about your dick,” Germaine Greer reducing trans women’s gender experience to the requirement of having a “smelly hairy vagina” as a mark of womanhood. In sharp contradiction to this, Sheila Jeffreys asserts that: “The newly carved out orifices of male bodied transgender people do not resemble vaginas; they create new microbial habitats in which infections develop and cause serious smell issues for their owners”, ultimately reducing trans women’s experience of gender affirmation to the attainment of a “surgical fuckhole” according to Jeffreys.

The irony of claims made by feminists such as Germaine Greer, Sheila Jeffreys and Mary Daly, to name a few, about womanhood being defined by being born and raised a woman as being a prerequisite for femininity, is that in African society a feminine “boy” suffers so much more oppression than any cisgender girl – a statement I am making by first hand experience.

Being forcefully male acculturated in a hyper masculine patriarchal society is one of the worst life experiences – there are no benefits or privileges from being raised as a trans woman in African society.

I really also want to stray from using oppression as a framework to define womanhood because it is offers a severely limited definition of womanhood, and it is largely contextual. I always say to people that I understand my oppression throughout my life in two ways: the oppression of being a feminine boy growing up and the oppression of just identifying and “passing” as a woman in South Africa, a country with a well documented history and current context of violence against women.

Unlike my white trans woman counterparts, I grew up during the apartheid struggle, with no internet, so I went through life just believing that I needed to be a woman in my entirety, no encouragement or support – being transgender is not looked upon favourably in most African societies, and I have lived through a lot of hypocrisy – not being good enough to be a girl in everyday society but good enough to style everyone’s hair, clean their houses, and raise their children. All of these issues having meaning with regards to my position in society. Not taking away from any woman’s experience but basing the definition of womanhood on being born and raised as a woman is a severe limitation on the definition of womanhood, and it should never be used to justify any form or shape of exclusion.

Sadly, these women’s experiences will not make it into country reports submitted to United Nations agencies because they are not seen as “women’s issues”. There is very little programming to address the violence targeting transgender women because there is just not enough funding going to trans women led organisations.

There are a number of further issues I want to emphasise, the first being that trans women’s health issues have been severely misplaced through research and programmatic efforts of the ‘men having sex with other men’ approach. Health initiatives, including research efforts, that seek to enrol trans women should be respectful and culturally appropriate enough to at least afford trans women the right to self determination.

Data collection efforts on women’s health issues should be inclusive of trans women and the health disparities that they face. Data collection on women in their diversity is very much a feminist issue.

There is acknowledgement that the debate on who is a woman is ongoing, but it would be refreshing if mainstream feminism started moving away from body and gender policing as a strategy to justify the exclusion of trans women from feminist and women’s only spaces. I am hopeful that we can work towards the imagination of an inclusive feminism. The time is ripe for the creation of a safer feminism underpinned by inclusivity.

This article is written very much from the perspective of a trans woman who leans toward the gender binary and was never meant to capture the complexities of gender non-conforming people in feminist discourse. However, I would like to imagine that gender non conforming folk experience their own complexities, struggles and controversies with/in feminist movement(s).

As stated in the African Trans Feminist Charter, as trans women we see no division in the issues affecting ALL women including abortion, sex work, maternal and child health, and a number of other issues. These are all women’s issues, trans and cis women alike.

In my travel to the 2016 AWID Forum next week, we ask of other feminist and women’s movements to engage with us in building collective power for all women – a truly inclusive women’s movement that is mindful of the issues facing trans women, including but not limited to health, social and economic justice and reform.