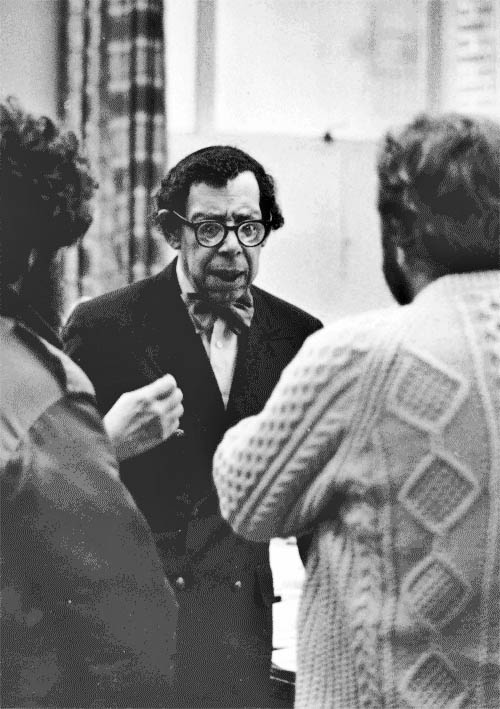 At the Fisk Black Writer’s Conference in April 1966, Robert Hayden took part in a symposium on black poetry that damaged his reputation and career. Spurred by conference organizer John Oliver Killens’ call that black writers should find new ways to express themselves as black writers to a black audience, Hayden said that “we should quit advertising ourselves as black writers to a black audience…it gives it more of an importance than it should have.” Under the assumption that he was in a place where he had taught for 20 years, Hayden had spoken of race in the context of dividing it from the nuts and bolts of getting work done.

He had plausible reason to. With the publication of his Selected Poems, a great deal of the literary world considered him one of the most gifted poets in America. He had amassed a dazzling body of work; an ambitious one-man excavation of black American history from the slave trade to modern day, with numerous symbols of and references to black history, culture, and folklore. On top of that, Hayden was one of English language poetry’s great stylists, with a supple ear to fuse black vernaculars with a grand, lyric, formal language. He thought that if most of the literary world either knew or was beginning to know this, surely blackness would have been unquestioned in his own home turf.

He couldn’t have been more wrong. Melvin Tolson and several other student activists engaged in responses to him that were racially accusatory scream fests, in which they accused him of hating his people. Amiri Baraka wrote a veiled response poem “Poem to Half White College Students” saying that people like him should be put in the gas chamber. Black World Digest told numerous stories of academics and students harassing him, first at Fisk, then wherever he went. Poets from Thomas Sayers Ellis to far too many “woke” critical race theorists to count kept repeating the same misreading of what he said to the point where Hayden’s reputation as Black Academic Poetry’s greatest villain is all but set in stone.

Many black scholars and poets still argue the merits of the Fisk Writers in aesthetic terms. In the eyes of this black poet, Hayden’s demonization is not an aesthetic issue but the major sin black poetry has committed against its people. Personally, if you are black, have deviated in good faith from a cultural orthodoxy of any kind, and have paid a price for it, you have felt the resin of Hayden’s “betrayal” in your bones. In regards to Black Poetics? We are talking about a field in which it is almost verboten to mention Baraka’s poetic murder rages, Derek Walcott’s history of domestic violence and sexual harassment, and Etheridge Knight burning one of Sonia Sanchez’s manuscripts. And yet Hayden, a reticent, quiet man with nothing but a stellar reputation, wears Black Poetics’ crown of horns. All because of a misinterpreted statement at a conference.

I bring all this up in the context of this age because the age has shifted violently. We do not live in 1966, the peak of the civil rights movement. We do not even live in 2014, where a poet like Baraka can write scatting mass murder pamphlets and have a network of people praising him because he is popular and “woke.” We live in an era where our rights have been and will continue to be violently decimated, and a foundation of that are the racist myths that liberal black scholars do nothing but engage in cruel, politically correct witch hunts. And in 2017, the fringe institutions that ruined the reputation of Hayden and contribute to a culture of shaming black people who are different are a gigantic gift to the Trumpian right.

I give you the example of the “Inauguration/not inauguration” poem. With its half-cocked racialist paranoia theories, tribalist romantic narrative, and excruciating rhyme schemes, Joseph McKenzie’s poem could have easily fit in with the Fugitives, a group of polemically-minded manor-born white southerners who turned American form poetry into a right wing cultural network. His references to abortion and women harken the sick shit that John Crowe Ransom used to write about “uppity” women in the Harvard square. It is a racially tinged poem in the de-evolution of form poetry, and deserves every bit of scorn it gets.

But flip the poem for a second. Strip it of its meter. Add some repetitions and unnecessary line breaks. And then, for the kicker, flip the races. And what do you have? Something eerily similar to any of the murder ballads Baraka wrote in the 60’s. And good luck trying to talk about it in “woke” circles.

To the reader who might accuse me of conflating Baraka and McKenzie as if Black and white racism is somehow equal, I would say far from it. My points are Hayden’s points. He knew the cruelty of racism in every fiber in his being. He just wanted to give black people art, work that lasted, work that spoke truth to his history and his time through action and not exposition, work that was both rooted in his culture and in the part of the him that belonged to that gorgeous mosaic throughout which all great art flows. For that, Hayden paid a terrible price in black academia. And in the scrap, so did Black America. And if black scholars keep slurring Hayden (and people who think like him), we will pay even more of a price than we can understand.