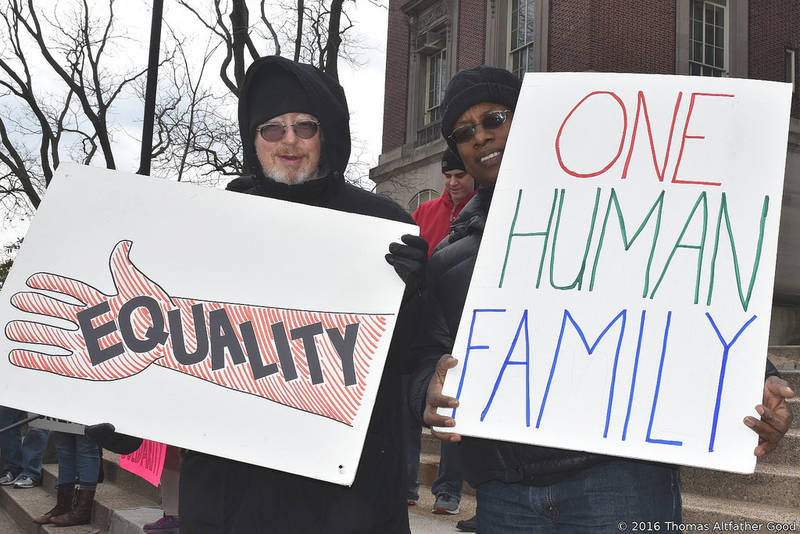 An encounter with a high school friend

Very recently, I had an encounter with a dear high school friend that was unexpected and that deeply touched my soul. This fellow, with whom I and other friends used to carouse in hilarious and sometimes slightly “antisocial” ways during middle and high school, was someone I’d since seen only every decade at high school reunions, until we discovered one another on Facebook a few years back.

We’ve continued our friendship, often making oblique references to our irreverent shared past, while, so far as I’ve been aware, pursuing agendas in our current lives that are quite different from one another. He’s in real estate or possibly insurance and still runs in track meets in his sixties. I more or less leave my “Eastern spirituality” out of our conversations.

Today, though, it came up in a way I hadn’t expected. My morning perusal of the New York Times op-eds had led, as it often does, to certain thoughts I wanted to share with a wider audience. An internal response I had to one columnist’s ideas about the Trump administration emerged as this brief post on my Facebook timeline:

This “populism” = fervor via scapegoating. When the dust clears, lives are no better.

I went on to watch the new Saturday Night Live (SNL) sketches, wonderful satires that in my opinion, deserve a Medal of Freedom from the U.S. government someday for enabling us to laugh at the recent follies of the “naked emperor” we now have.

During one of the sketches, I received a notification that my old friend had commented on my “this populism” post and I stopped the SNL video to click and see what he’d said. His response was:

It seems to me that the current edition of populism has emerged as a reaction to globalism. Much like the rise of Donald Trump as reaction to Barack Obama. IMO, more so than HRC [Hillary Rodham Clinton]. What is your definition of “globalism”?

I’ve tried, with limited success, to follow the recent public debate about international trade agreements, which I believe have something to do with globalism. However, I’m not even sure where I stand on these. I find them impenetrably complicated and tend to see pros and cons on both sides.

However, my friend’s comment helped me clarify my mental concept of what “globalism” really is. I then did a Google search until I found a dictionary definition that expressed more or less that idea of it. Here’s what I posted next:

This is the definition I like: “the attitude or policy of placing the interests of the entire world above those of individual nations.” Other forms of “populism” IMO are reactions based on fear. We ARE one world, and will have to recognize that because of global environmental as well as political threats. But it’s a big step! And so understandably, some people are afraid of “the Other.”

The connection with Ram Dass

After sharing this, I noticed that some new emails had come in and went to take a look. One of them was the Ram Dass “Words of Wisdom” mailing I subscribe to, which comes out a couple times a week. Reading it, I incorporated it into yet another addition to the Facebook thread with my friend:

I just came across this quote. And it is related to what I feel “globalism” is, or represents, as a positive force: “There is a way of shifting consciousness so that you see that … we are all one in the form of many. … You see that a starving person or a dying person or a frightened person is you. Then the whole trip of, ‘What’s good for me? What do I want? What do I need?’ just becomes less interesting. And that’s where the power is that changes the universe.” – Ram Dass, “Words of Wisdom,” Feb. 12, 2017

I did all of this with a mild underlying tension, because my friend and I generally bridge what I’ve felt are our differences via a combination of humour and ignoring certain topics as sort of a “no-man’s land.”

In this case, though, he’d asked a direct question. I was prepared for some blowback, probably with his characteristic humour, most likely in the form of sarcasm.

Instead, when I received notification of a new reply from him, I was shocked to discover this:

Got it. Thanks, as always, for your perspective.

The breaking of a barrier

I felt his words deep inside. He’d broken a barrier that had been there for nearly half a century. He’d let my view of the world’s situation in with a few simple words that lacked any trace of irony, let alone sarcasm.

Poverty and death—in the eye of the beholder

In closing, I’ll share one little Ram Dass story amplifying the “Words of Wisdom” quote, simply because I feel it’s such a powerful concrete example.

R.D. tells a story of when he was first in Varanasi, India, not long after arriving in the country. One day he saw an aged beggar who’d dragged himself to the burning ghats to die. He was horrified, thinking thoughts like “Such poverty!” etc. He felt pity for the man.

Coming back through Varanasi some time later, R.D. saw another man in a similar situation. He’d gone through a considerable transformation in the interim, and this time was able to see with different eyes. The old man, he realized, felt himself to be among the most fortunate of beings. After all, he’d come to the holiest place on Earth to die! R.D. realized that the man was looking at him—a rich Westerner with a big van, whom he felt didn’t have a clue about what was really important—with the most abject pity.

The Oneness, the awareness that One Being lives in all forms on Earth—to me, that’s “globalization”!

Originally written for The Mindful Word.