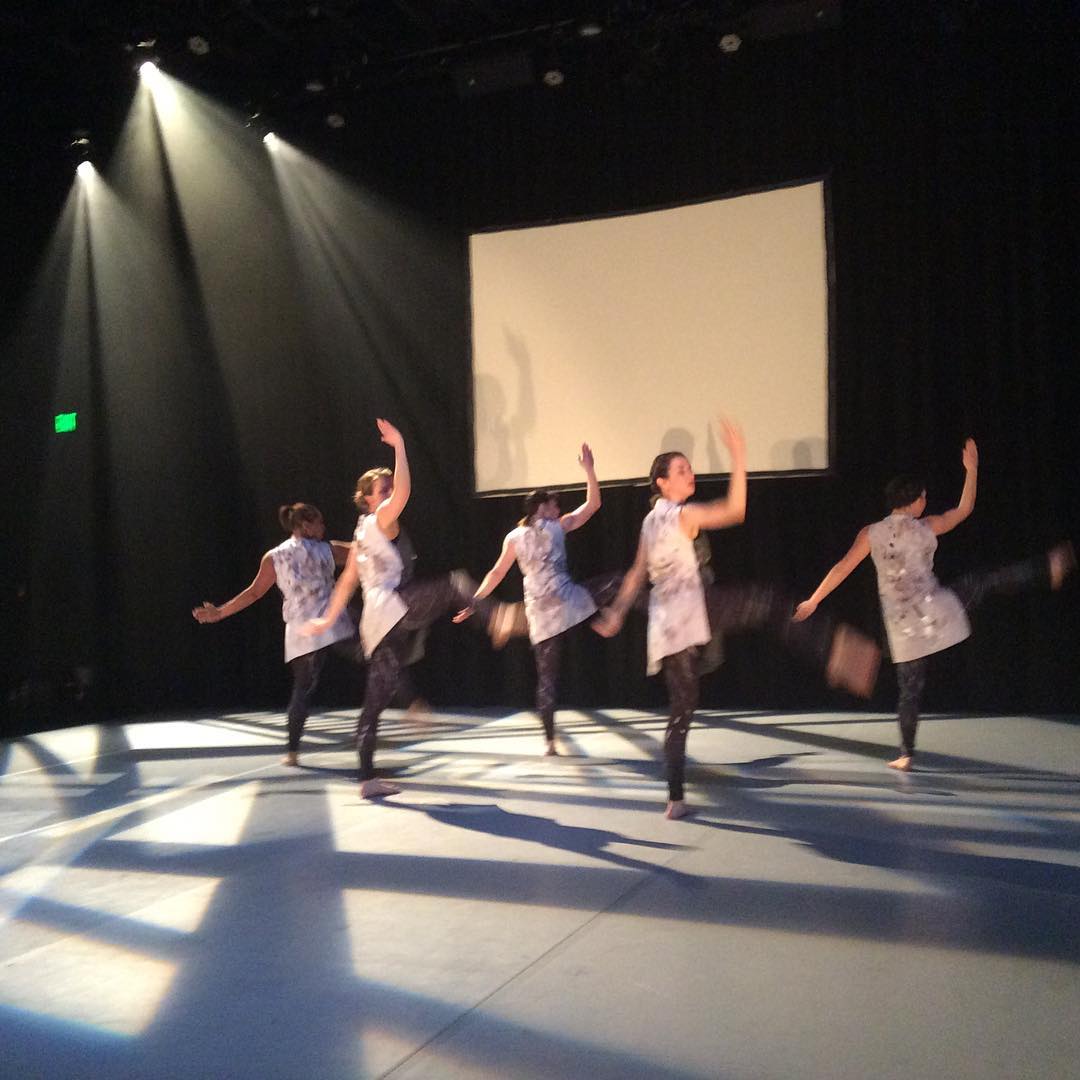 My nephew who works for Epic Records has his own hashtag. Every time he travels or finds himself in some suitably offbeat or exotic situation, he takes a non-selfie and tags it #WHERESJERMAINE. Putting all his tagged posts together is, by design, like assembling a jigsaw puzzle based on a Where’s Waldo cartoon page.

I’ve occasionally thought I should do something similar everytime I am out and about doing non-Star business, because few people have any idea about my sorted multiple lives: publisher, photographer, artist, writer, traveler, soccer referee, science researcher. Folks from one of my disciplines rarely have any idea of the other.

Being a humble Seattle boy, however, I am not one to call attention to myself or my labors, preferring to let things simply be. But every so often someone asks me. Normally I give them my usual response: “I didn’t start a magazine so I could talk about myself.” But then I have an odd value conflict. I’m often involved with things that no one in Seattle but me will write about, or write about sufficiently. No document, no history. And Seattle has already buried enough of its history, to the point where my city leads the world in number of times caught reinventing the wheel.

So reluctantly I’m opening this channel, wherein I glibly mention things that the publisher of The Seattle Star does in his copious amounts of spare time.

From January through February, I was a part of the Onyx Arts showcase, Truth B Told at the King Street Station. This exhibition was to my knowledge the largest exhibit of African American artists in the Pacific Northwest–numbering forty or so–and I was delighted to be part of it.

In particular I found it refreshing in its total lack of tendentiousness. Usually when curators slap together a show of “women” artists or “Black” artists or “queer artists of color” or some such, they have already chosen their thesis before even selecting the work. Those theses inevitably promote some kind of essentialism, such as “Oh look, how all feminist artists avoid ‘the male gaze’ by using a lower horizon line in their work.” I have actually read this in an exhibition catalog. What happens to the artists involved in such an exhibition, then, is that they are reduced to essential types. Women are nothing but a category, and they all do this. Black folks are just a category. Queer folks are just a category. And so on.

I have always found this patently offensive. It’s like one of those moments where a random white student would come up to me in high school and ask, “So what do Black people think about mandatory bussing?” My usual response then, as now in similar situations, was, “How the hell should I know?” I don’t speak for all Black people any more than that person speaks for all White people. But then, that’s the legacy of racism, innit? White bourgeoisie get to be individuals, with individual selves and behaviors and ideas. Everyone else needs to be classified so that the white bourgeoisie can 1) justify dehumanizing the others as “less than White,” and 2) create a matrix of social control in which all the “less than White” people can be used as labor and social glue to hold together the original goals, and original lies, of racial superiority.

Don’t pat yourself on the back that only White people do this. Over the twenty years when I was a serious filmmaker, producing seven feature films, a dozen documentaries, and scattered short subjects, I was turned down by Flava Fest, the NW African American Showcase, and other African American film festivals around the country because — and I quote one of my rejection slips — they were “looking for work that represented African American concerns.”

Apparently my three-part documentary about the Wah Mee Massacre, Executive Order 9066, and the assassination of Edwin Pratt, didn’t represent the “concerns” of African Americans who’d grown up in Seattle as I had. Especially the concern that if the Chinese- and Japanese-Americans of the city are getting screwed, African Americans probably are, too. And clearly the fact that I am African American isn’t sufficient: I have to think about African American things, whatever the hell those are. Being black isn’t enough. I have to tell yet more stories about crack, guns, rape, and incarceration. My bad, G. Missed that memo.

I say all this because that smug essentialism was exactly what Truth B Told was working against, and which, in my humble observation, it utterly destroyed. Several attendees remarked to me that they couldn’t find a unified style in the whole exhibit. When I responded that was the whole point, that artists of African descent were not a monolith with only a handful of carefully selected “approved subjects” and styles, they looked at me nonplussed. Sometimes it takes awhile for the coin to drop.

As an artist it was satisfying to have my work hung right next to Earnie Thomas and Jazz Brown, both of whose work tend toward the same abstraction as much of my own, and both of whom I adore as artists and people. My more realistic pieces including my colorful skyline of this city I love so much hung with Jim Coley’s fabulous portraits — including a brilliant hanging of Mr. Coley’s Naya Rae portrait right above my own Abuela’s Hands. And on the other side were Charles Thomas’s outstanding landscapes.

Beyond that were the paintings that were just plain ol’ beautiful. It may not seem so in these times where everyone thinks that messages no matter how ill-conceived, divisive, dishonest or downright ludicrous are everything, but to attend to the beauty of the world is to affirm that world. And our world desperately needs more affirmation if we are to get through life, particularly life as minority-status citizens.

There was nothing accidental about the curation. Everything was deliberate. The theme was as powerful as it was obvious. Once a viewer got the message — we are diverse, we are unified, we are African, we are America — the radical nature of the exhibit would sink in.

So #WHERESOMAR now? Tonight through Sunday, I’m providing photographic projections for the Karin Stevens Dance project, Record of the Anthropocene Movement. Ms. Stevens and I have been collaborating for the better part of a year on various ideas, ways of telling the history of our hometown. This time out we’ve decided to concentrate on the story of Seattle’s industrialization from the 1850s to now, and the unresolved problems of our obsession with “growth.”

Ms. Stevens and I are both native Seattleites from different sides of the Ship Canal. We are both skeptical of the whole Greater Seattle mythology, but skeptical of different things. She’s watched her childhood home slide into Puget Sound; I’ve watched mine change from being a house my father bought in Leschi for $6,800 to shelter our large, poor family to being a million dollar investment home bandied about by wealthy White Microsofties. She’s told me stories about her mandatory bussing from North Seattle to Franklin High (a fate I avoided by pure fluke of time) and I’ve told her stories about being one of fourteen Black students in a graduating class of almost four hundred.

Our stories are different, but complementary and both very, very Seattle. It’s been enjoyable discovering how we’ve endured and matured in our attachment to this marvelous city. I find new joys in her reflections and, I think, she finds new joys in mine.

For me it has been truly rewarding to work with an artist of such high caliber whom I respect deeply. The work has taught me many things I didn’t know not only about her process but also about dance as a visual, not just a performing art. It’s always been both of course: one sees the performance in a theater, after all.

My contribution to this particular piece is a first step toward something larger. I do not know what exactly but I’m confident about the next stage. Ms. Stevens and I are even after all this time still learning about each other’s work, and each other’s ways of working. What we have found together is that we have a lot to say that cannot be said in one show. I have no doubt future projects together are forthcoming that will probably be even more elaborate and rich. But this — this is pretty damned good for a start.

So there you have it. That’s a sample of what your humble and quiet publisher of The Seattle Star has been doing for the past few months. It might seem like I’ve been idle because I haven’t been writing nearly as regularly for The Star as I should like. I haven’t been. I’ve had many projects over the past year. These are just two. There are more, of course. But those will have to wait for another day. I have a show to attend. You should, too.