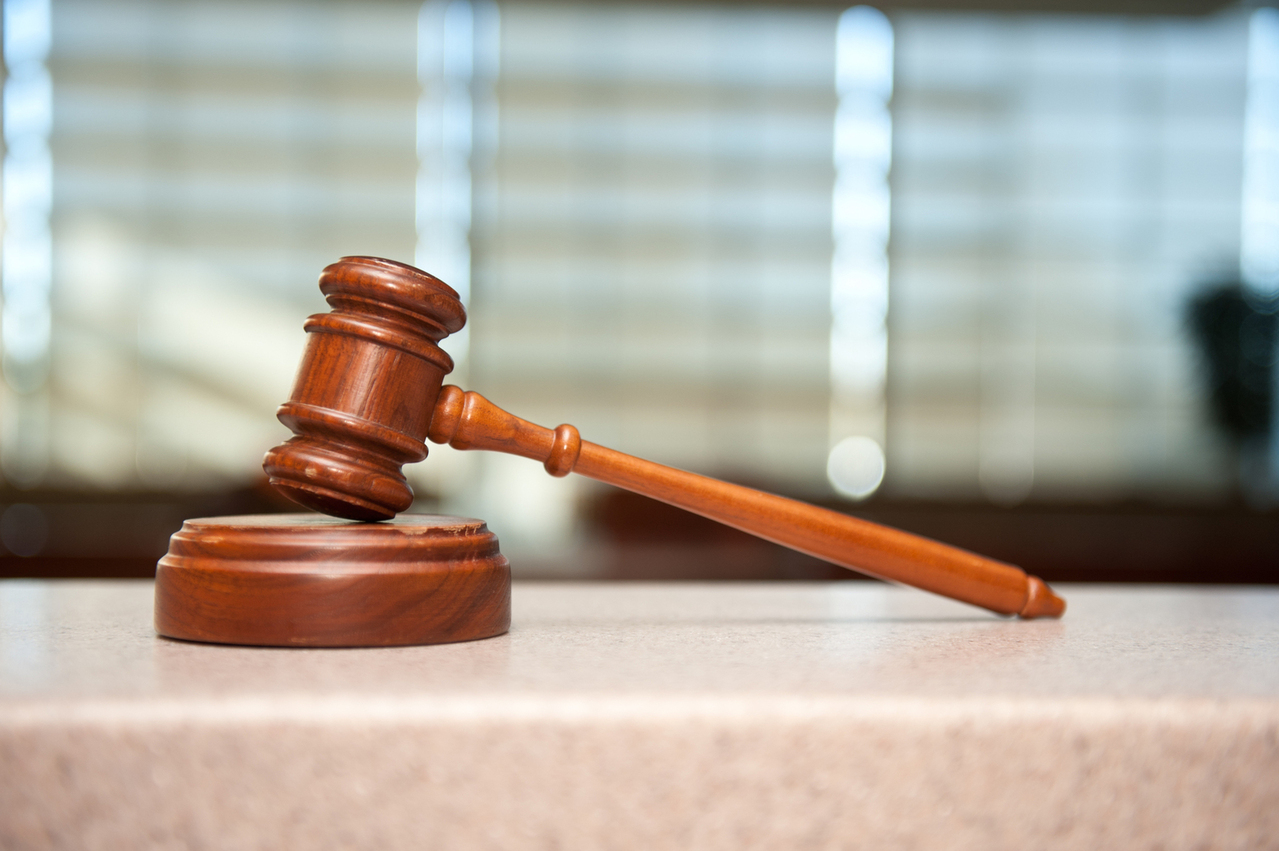 It all began when the Chief of Police called Jacob Smithers into his office and said:

“Jack, there was a murder and I want you to take charge of this case.”

“Because,” the Chief explained and kicked Smithers out.

Another bloody day at work, Jacob thought and got down to business.

Upon examining the initial data Jacob realized that it would not be easy. The victim was a female named Nancy Jones, but that was not the point. The point was there was not a single person who could be suspected in anything at all.

Ms. Jones was killed while leaving the multi-story building in which her apartment was. The murder weapon, according to the forensics experts, was an irregularly shaped stone the size of a fist which struck her on the head and, unfortunately, also broke it. Upon pondering over this fact, Jacob came to the conclusion that the stone could have been thrown from either one of the windows just above the entrance or from the building’s roof. That’s a lead, Jacob thought and began questioning the building inhabitants. Two days later (one of which was lost questioning an elderly woman from the second story, who refused to either speak to the point or dismiss the detective and was constantly trying to feed him with some homemade cookies…) well, anyway, two days later it became apparent that: 1) None of the building inhabitants had a habit of throwing stones at people; 2) None of the building inhabitants recalled seeing anyone doing anything like that on the day of the murder; 3) None of them happened to know the victim even at least somewhat well; 4) No one believed she could have had enemies; 5) The plumbing in that building needed to be repaired immediately.

Therefore, upon summing up all the data at hand, Jacob came to the indisputable conclusion that the stone must have been thrown from the building’s roof. Upon coming to this conclusion, he turned to a group of experts with the request to calculate the probability of hitting a moving target ten to fifty centimeters in diameter with a stone thrown from the roof of a ten-story building, including all and every possible correction in the equation, from the weather to the stock prices that day.

The experts announced their result. The experts’ answer shook Jacob. The chances were so slim, there could be only one possible conclusion: IT WAS THE WORK OF A PROFESSIONAL.

The search launched to find this professional occupied all free personnel at the time. Many professionals, craftily escaping the police till now were apprehended, only to be released shortly afterwards, once it turned out they were incapable of an action of such professionalism. Many of them resigned on that same day, having realized the full scale of their incompetence.

Suspect X turned out to be a tough cookie. His case was appended with numerous new and varied crimes, all of which had nothing in common but this: they were all performed with mind-bending professionalism. For example, apparently, he managed to make Mr. Gregory Smith from New York slip at the very same moment a subway train was passing and, if that’s not enough, to do so at a late night hour after making him drunk with cheap whiskey in the “Midnight Express” bar just across the street, which all together was not only a devious, but also a sadistic, mocking, reeking with black humor murder method.

Jacob Smithers worked without cease. He pursued clues valiantly and continued doing so until one of the witnesses blurted during questioning:

“What?! Who is this God?” Jacob cried out, filling with enthusiasm. “Now, speak, quickly, where does he live, what does he do and WHAT IS HIS SHOE SIZE?”

Suddenly, the case took an unexpected turn. The appearance of a new witness, whose questioning could bring the entire investigation to a victorious end, changed the playing field entirely. All police forces were dispatched to look for him. Unfortunately, he seemed to be hiding quite well; Despite the fact he was, apparently, a widely known figure, no one could tell precisely where he could be found.

It remains unclear at what moment Jacob started suspecting that L. God was more than a key witness in this case, but rather an accomplice (that is because he, according to the questionees, knew everything, and yet did not report it to the police!). It is known, however, that soon L. God was officially declared the Primary Suspect, and later the Primary Accused — especially after it turned out that he could not only hit a moving target ten to fifty centimeters in diameter with a stone thrown from the roof of a ten-story building, all with a 1000% probability, but also do the same with a target 0,000001 mm in diameter, moving with the speed of light from the other end of the Universe.

The Justice Machine came into motion. The case materials kept coming in by the hour. Every new piece of data received confirmed beyond all doubt that L. God was, and still is, the greatest criminal in the world of all times. This fact was confirmed best by the fact that evidence mentioning him and his outrageous crimes has existed all around the world at all times.

The upcoming trial on L. God looked extremely promising. Neither the newspapers nor television did ever refer to it as “the trial of the century” or “the trial of the millennium.” That was way too trivial! No, all headlines screamed: “The Greatest Trial In The Universe Since Its Very Creation.” “The world has gone mad”, one of the many commentators wrote, “But it is a noble, honorable kind of madness! It is the madness of a man seeking Justice — and, sooner or later, Justice will prevail, and the criminal will be brought to his punishment!”

The finalized prosecution document consisted of seventy-eight-and-a-half thousand pages. All the case materials, the physical and “other” evidence weighed six trillion tons combined. At one time someone even brought up a proposition to build a hangar to store the evidence, but it was soon dropped, after it turned out that the total cost of this project would exceed the planetary income for the next five thousand years.

Jacob Smithers triumphed. And why wouldn’t he? It was none other than him who set this Justice Machine into motion and rest assured, it would not stop now, not until the guilty got their due!

Individual stories regarding the Primary Accused’s acts of atrocity, taken from the Bible and random history schoolbooks were being analyzed in full detail across all radio and television channels. There were the genocide of dinosaurs (environmentalists were furious), the story of Sodom and Gomorrah (which translates into genocide through use of weapons of mass destruction and multiple war crimes), extermination of entire peoples by others “in the name of God” (war crimes, violation of the Geneva Conventions, crimes against humanity), manipulation and conspiratory deceit of entire nations and, finally, all the earthquakes, floods, forest fires, volcano eruptions, tornadoes and other disasters classified by all insurance agencies worldwide as “Acts of God”.

Now, only one problem remained: to find the Primary Accused, arrest him and bring him to court. All police forces worldwide struggled with this essential task. All other projects and investigations were frozen, being considered of much lower priority. Criminals all around partied.

And then, a day came, when the world was shaken by the words of a previously unknown man who claimed having knowledge of the whereabouts of God and declared readiness to stand in court to make the announcement. The date of the trial was decided on and announced immediately and everyone began preparing frantically for this extraordinary event.

The colossal court hall was built to contain an audience of a thousand people, but it in fact contained a whole two thousand. For all those who weren’t lucky enough to be in the hall, cameras rolled, transmitting everything that took place to all television channels around the world.

A judge collective sat with great dignity on a raised platform in the far end of the hall. A judge’s hammer struck.

“The court is now in session!” rolled the voice of the Presiding Judge across the hall, and immediately everyone fell silent, fully grasping the significance of the moment.

Slowly and solemnly the Witness paraded to the stand.

“The witness will take oath!” the Judge demanded. The bailiff turned to the Witness:

“So then”, the Judge was emphatically serious. He too, understood the full scale of the event. “Do you know the whereabouts of the Defendant, L. God?”

The world held its breath.

“In such case, tell it to the Court!”

The Witness smiled slowly, then threw his hand holding a small worn tome of the works of Friedrich Nietzsche up and announced in the face of the entire planet:

A storm broke loose. Everyone was furious. They were enraged; they were in a tantrum at the thought that the Great Cause of All Evil would escape Justice in such a trite, stupid, banal way.

The storm raged for no less than an hour before the Judge managed, with the joint help of the police, the army and the firefighting squad, to finally restore order in the court hall.

He coughed and struck his hammer, looking infinitely tired.

“The case is closed due to the demise of the Accused. Court is adjourned. You can all go home now.”

A moan of frustration rolled across the hall.

The Judge hesitated for a moment, then waved his hand in permission.

It’s all of no use now, he thought apathetically.

Jacob Smithers pierced the Judge with a firm gaze.

“This is all part of my job, so I must ask this question.”

He raised his voice.

“Witness! You said that God is dead.”

A murmur rolled across the hall. Smithers raised his voice once again:

“Witness! WHO KILLED HIM?”

The eyes of the Witness sparkled, as he grinned in a way that made part of the audience want to hide under their chairs.

“IT WAS MAN!” he proclaimed and triumphantly stepped down.

A tense silence settled in the hall. Smithers felt the gaze of the entire world upon him.

“Your Honor,” he spoke, addressing the Judge, “I will take this case, locate the offender and bring him to court!”

A roar of approval rolled across the hall.

The world gasped in anticipation.

A new, even more colossal trial was coming…