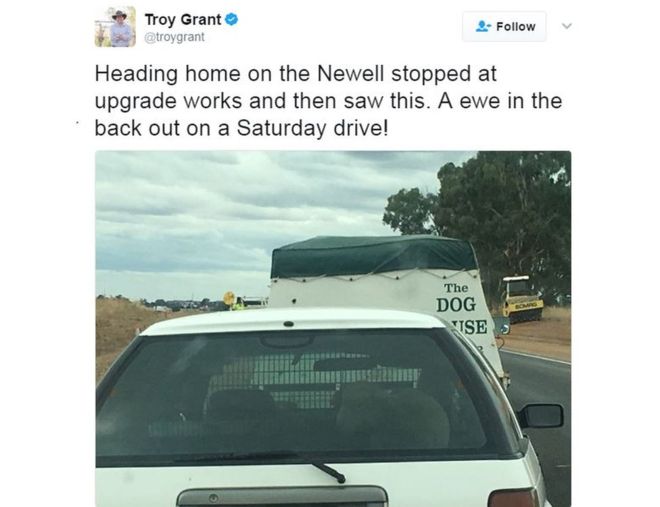 An Australian police minister says he did not realize he was breaking the law when he picked up his mobile phone while driving.

Troy Grant, a New South Wales MP, was stationary when he took a photo, which he later tweeted from home.

“This serves as a massive reminder. Nobody is above the law even if you are the police minister,” Mr. Grant said.

The minister had been stopped at roadworks when he photographed a car carrying a sheep in front of him.

“I did not know that what I was doing was against the law,” Mr. Grant said on Tuesday.

“This is a great lesson for me, and I hope it is something that the community takes a lesson from as well.”

Under the state’s law, drivers may operate a phone only from a fixed cradle without contact.