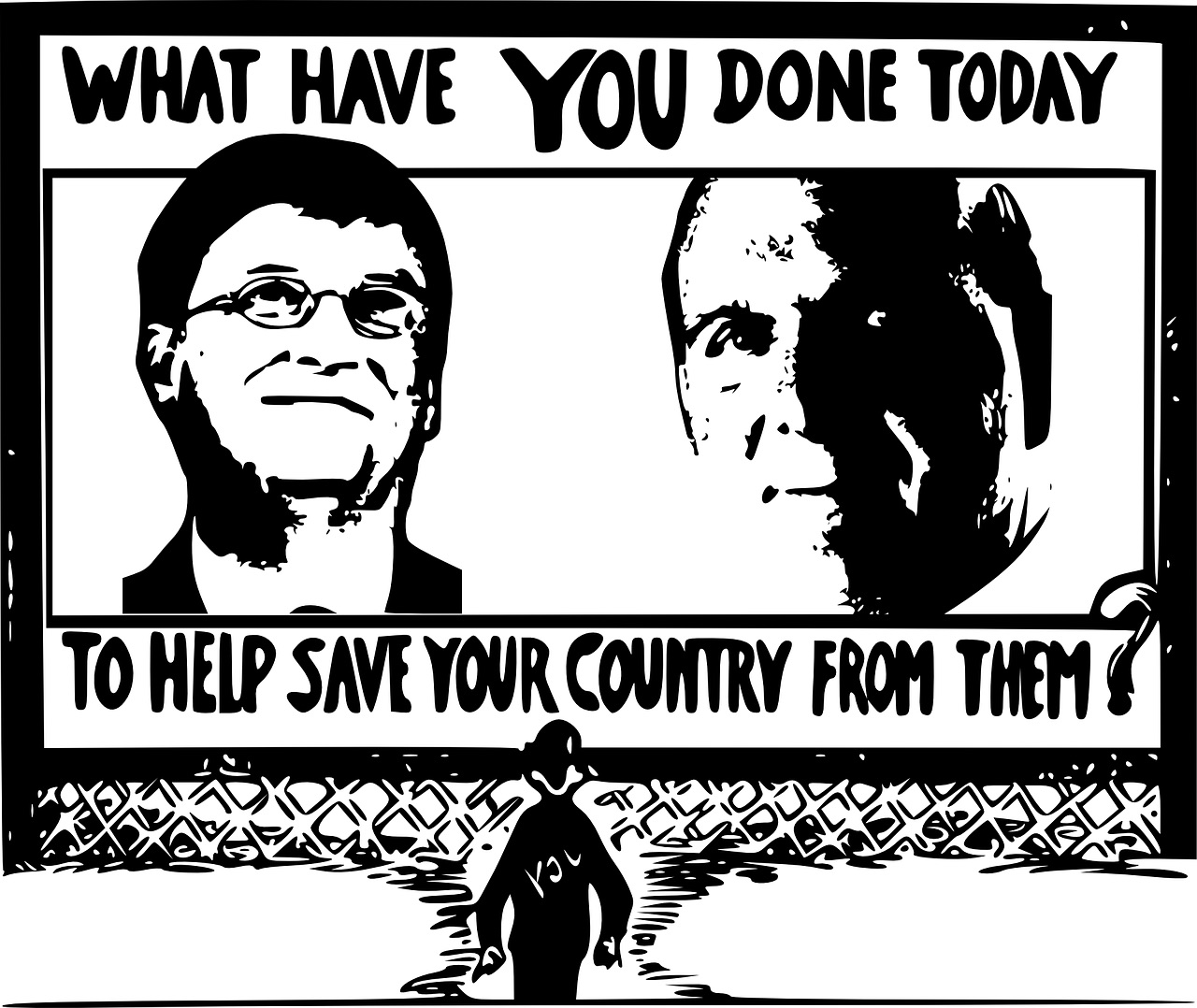 Earlier I wrote about companies that choose to use patents for pure aggression (even pro-actively). They typically use terms like “protection” or “defense”, but they are not the defendants. They’re the bullies. Such is the case with Microsoft, which leverages software patents (granted by the USPTO) against companies all around the world. Microsoft typically uses proxies to do the litigation (for fear it might otherwise damage the image of Microsoft). Almost every day we still see some gullible journalists who mindlessly repeat the “Microsoft loves Linux” jingle.

Let something be very clear; Microsoft still attacks GNU/Linux with patents; pretty hard in fact. Silently, Microsoft uses patents to compel companies to pre-install Microsoft programs (even on operating systems such as Android) and sometimes — as the lawsuit against Samsung served to show — Microsoft takes the aggression public (outside the back room) by filing lawsuits and flinging a lot of weak patents at the defendant, in order to pressure towards quick (albeit ruinous) settlement.

Microsoft is not a reformed company; it’s actively taxing everything in an effort to raise costs (or “rents”) associated with production and distribution, even of mere software, i.e. no devices/hardware sold. See what Azure has become patents-wise [1, 2, 3, 4, 5, 6, 7, 8, 9, 10, 11, 12]. Using various consortia (like those of the Linux Foundation), Microsoft also acts like a Trojan horse. It’s trying to add patents-encumbered “standards” to all sorts of things. 3 days ago Tuxera resurfaced again, this time promoting a Microsoft patent trap (and tax) inside Linux with the promotional headline “Tuxera FAT+ File System for Embedded Systems is Compatible with FAT32, Faster, and Supports Files up to 16TB” (putting aside GPL issues, not just patent issues).

To make matters worse, a couple of days ago MOSAID resurfaced again in “Conversant” clothing (it changed its name after all the negative publicity) and this pro-patent trolls site put a happy face on it. A Microsoft-connected patent troll (which Microsoft passed Nokia patents to) comes to Europe and IAM seems satisfied. “The NPE has seen mixed results in its attempts to monetise the portfolio,” it wrote, “although recently it has notched up significant court victories in the US against LG and Apple. Despite those wins, filing this latest case in London shows that, like many patent owners that have become frustrated with the US courts, Conversant believes that in certain circumstances Europe offers a much more conducive climate for patent assertion.”

It means trolling, not “climate for patent assertion.” Disregard these euphemisms. As noted above, they also go after Android OEMs (not just the likes of Apple). They are doing this already. And in Europe! For those who missed it, Ericsson’s troll is doing this as well in Europe. It has become a growing problem and potentially a massive headache for firms in Europe.

No company in Europe, however, has been a bigger ‘troll’ than Nokia, especially after Microsoft took charge. As we showed earlier this month, Nokia now targets Android OEMs with its patents.

Having already assigned, at the behest and request of Microsoft, some of its patents to the above patent troll, Nokia now goes further. “Microsoft Transfers 500 Nokia Design Patents To HMD Global,” said a report some days ago, but nobody else seems to have covered it. “None of the involved parties have yet issued a comment on the matter in any capacity,” the report said. So they pass 500 patents and nobody says a thing? I informed the Linux Foundation about it (2 days ago), but have heard nothing since.

Is Microsoft still using Nokia as a patent attack vector against Microsoft’s rivals?

Here are the details:

Microsoft transferred approximately 500 Nokia-related design patents to HMD Global Oy, according to the filings uncovered in the database of the European Union Intellectual Property Office (EUIPO). The patent portfolio that the Redmond, Washington-based tech giant yielded to the Finnish tech company doesn’t represent the entirety of Microsoft’s remaining Nokia-related holdings, with the company’s mobile division still owning around 200 design patents that it originally acquired following its purchase of Nokia in mid-2014. It’s currently unclear whether the patents that have now changed hands were part of the original deal that saw Microsoft sell Nokia to the Foxconn-owned FIH Mobile for $350 million and HMD Global Oy being granted a license by Nokia to develop and sell new devices under its brand, or if the transfer was negotiated at a later date.

For those who view it as benign, mind the role of HMD after Microsoft essentially destroyed Nokia. It’s more like a licensor. Microsoft turned Nokia into a patent troll that attacks Microsoft’s rivals. It’s even in the news today. A few days ago a reader sent us this link, quoting the following passage:

The lawsuit, the second high-profile patent dispute between Apple and Nokia in the last decade, began last year when Nokia accused Apple of infringing on dozens of patents it owns, as well as patents owned by Nokia subsidiaries.

Yes, “Nokia subsidiaries.” The same old trick. Microsoft too has all sorts of subsidiaries that act like classic patent trolls.

He linked to this article, but it’s all over the news today (even though it’s a Sunday), e.g. [1, 2, 3, 4]. This is about software patents too; they’re definitely in the mix. As one article put it, “Nokia alleged Apple of 32 patent infringements related to display, user interface, software, antenna, chip-set, and video encoding…”

A lot of these are pure software.

When does Nokia sue or settle with Microsoft? Well, the answer here says it all really. Nokia and Microsoft are in this together.

Here is how AOL framed it 2 days ago:

After a quick fight, Apple and Nokia settled a patent lawsuit back in May. But the two companies didn’t comment on the value of this settlement. While terms of the deal are still undisclosed, Nokiamob first spotted that Nokia announced that it has received a $2 billion upfront cash payment from Apple (€1.7 billion).

It’s going to be interesting to look at Nokia’s upcoming quarterly earnings release to figure out how much Apple is paying for this agreement. But there’s one thing for sure — Nokia must be quite happy with this new revenue stream.

Not only Apple is impacted.

Android OEMs are already affected by this and some need to shell out money to avoid being sued. BlackBerry, for that matter, is on a similar boat, except without Microsoft on it. BlackBerry too has become a patent parasite, suing companies in the Eastern District of Texas as it cannot sell enough products to survive. Some people evidently continue to worship BlackBerry’s patents. If only they knew what BlackBerry has truly become…

Our Wiki page about Nokia chronicled its various attacks on Android over the years; don’t be mistaken by the company’s new Android phones (or BlackBerry’s). They take advantage of Android (because there’s nothing else they can use; iOS is an Apple monopoly) while suing fellow Android OEMs.

Suffice to say, what makes matters even worse is that Apple too sues Android OEMs. Florian Müller has the latest on the Samsung case. “The parties have until Tuesday to propose a briefing schedule, and a case management conference will be held on Wednesday,” he wrote this weekend. And in other noteworthy news, Apple is being sued again. “Florida company CustomPlay filed a patent infringement lawsuit against Apple today,” Mac Rumours said on Thursday, “claiming a Siri feature that allows fourth-generation Apple TV users to rewatch a portion of video with closed captioning copies its movie companion software.”

Timothy B. Lee seems to be back at Ars Technica and he wrote about it too. “It’s a problem everyone has had,” he said, when “you’re watching a movie and don’t catch a key bit of dialogue. In September 2015, Apple unveiled a new feature for Apple TV that solves the problem. Users can ask “what did she say?” and Siri will skip back 15 seconds and temporarily enable captions.”

But the bottom line is, patents that oughtn’t even be valid (under Alice/Section 101) are actively used to elevate the price of products with GNU and/or Linux in them. Microsoft — more so than Apple — does a lot of these patent battles via intermediaries and the mainstream media rarely bothers mentioning that. Instead it’s obsessing over “Microsoft loves Linux” and advertising proprietary Microsoft software as if it’s a “Linux” thing. █

“Microsoft is asking people to pay them for patents, but they won’t say which ones. If a guy walks into a shop and says: “It’s an unsafe neighbourhood, why don’t you pay me 20 bucks and I’ll make sure you’re okay,” that’s illegal. It’s racketeering.”
— Mark Shuttleworth