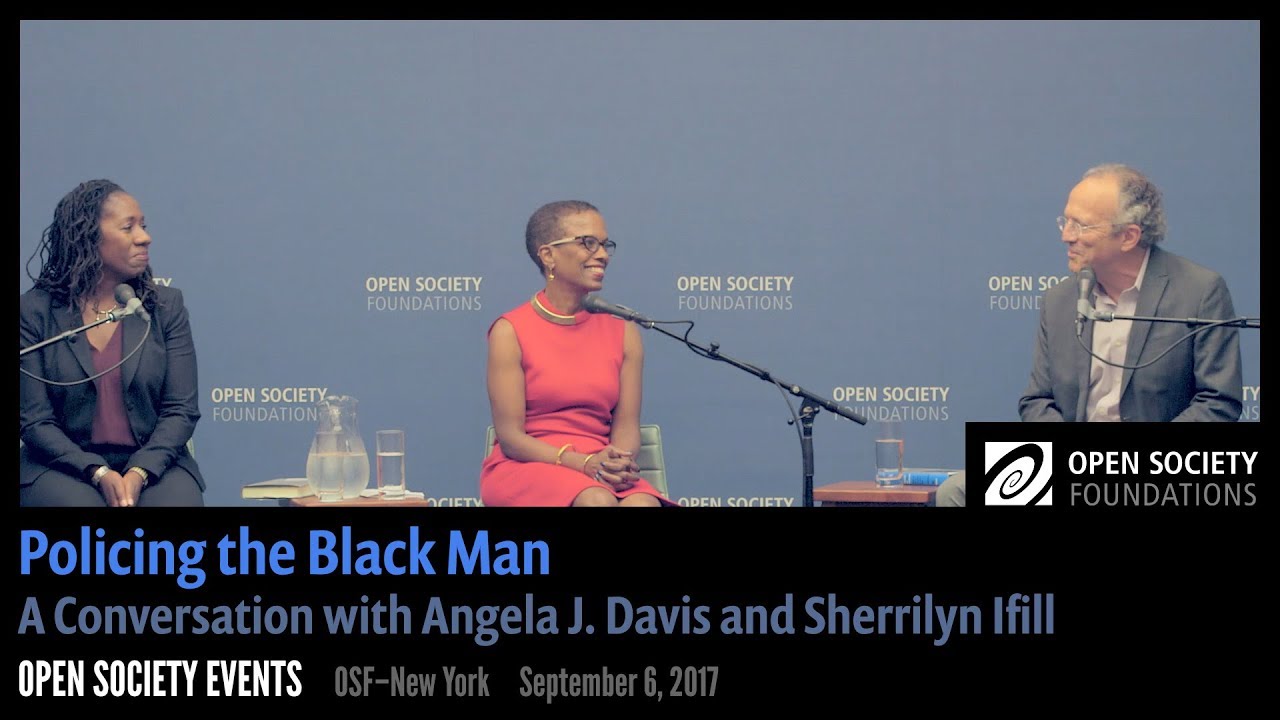 Celebrating the release of the outstanding collection of essays, Policing the Black Man, editor Angela J. Davis sat down with president and director-counsel of the NAACP Legal Defense and Educational Fund Sherrilyn Ifill and moderator Chris Stone of Open Society Foundations to give you a serious rap on racial justice.

The twelve essays in Policing the Black Man cover a wide variety of topics, from the racial profiling instituted by Terry v. Ohio to the very racist origins of the modern police force in the slave patrols of the 18th and 19th Century. It’s a sobering read that covers territory familiar to virtually all African Americans but ignored or pooh-poohed as exaggeration and unreality by White folks. It is also a devastating critique of our Supreme Court and the justice system that derives from it.

If you haven’t read the book yet, we highly recommend it. Meanwhile, this will serve as an excellent introduction to the topic.