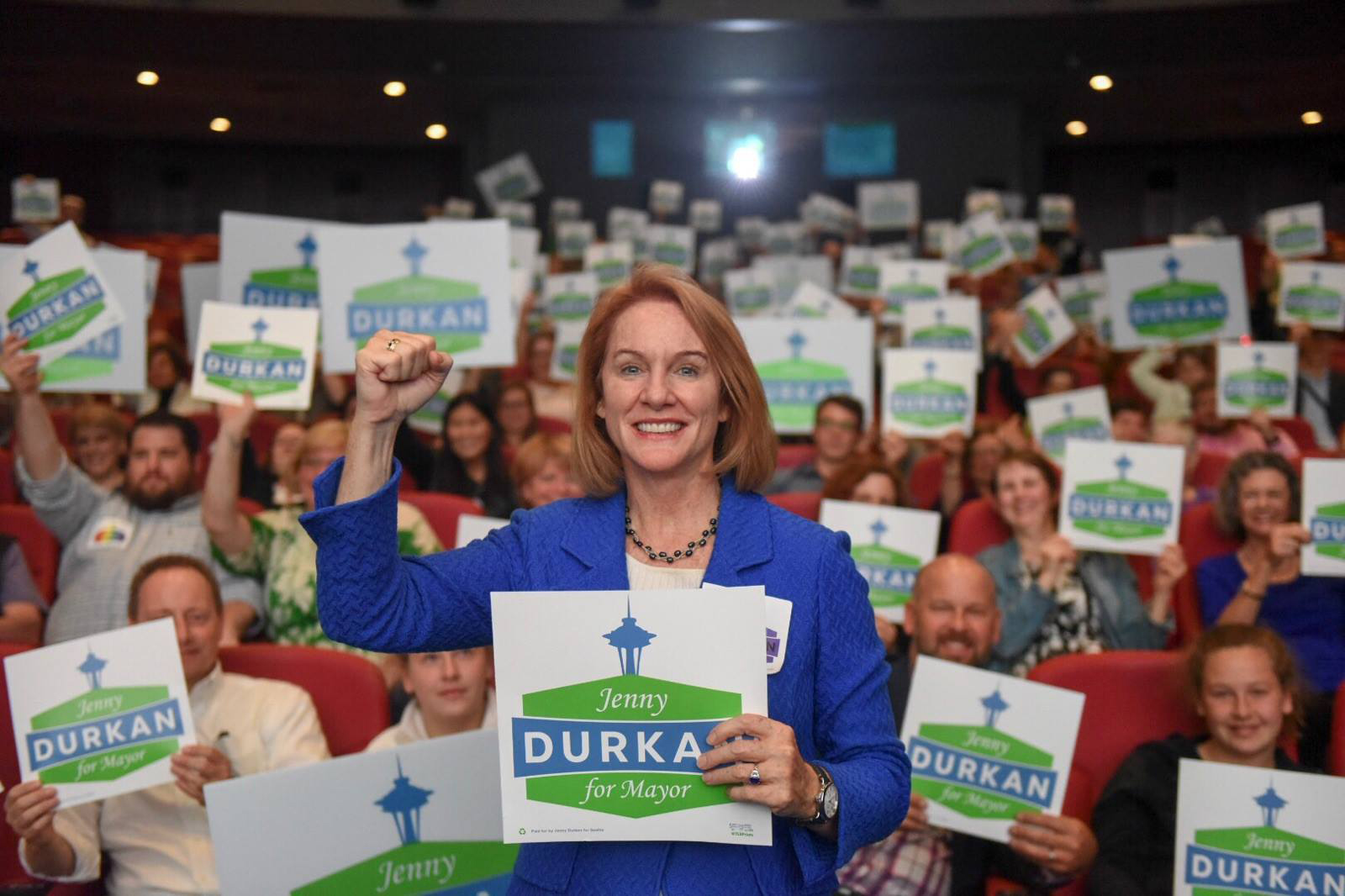 Seattle, we have a problem.

Given how our 2017 mayoral election will bring an obvious historical sea change by consensus with our first woman mayor since 1928 a guaranteed result, our local identity politics desperately needs to shift focus from correcting gender inequity to correcting economic inequity. Despite nearly three decades of excellent representation of women, people of color, and LGBTQ communities in Seattle City Hall, the war on the poor that’s been legislatively waged by our myriad municipal electeds ever since New Year’s Day 1990 continues to metastasize appallingly — especially now that we’re apparently the fastest-growing city in the United States.

Which of our two twenty-first-century woman mayoral candidates will genuinely — not merely cosmetically — correct this longtime local demographic wrong?

When Durkan announced her mayoral candidacy on May 12, the speed with which the establishment rallied around her was instantly cause for alarm among those of us longtime Seattleites who have long held the establishment in deep civic suspicion. Such alarm has now been proven justified given the obscene amounts of corporate cash Durkan’s campaign has received from political action committees and other such devious dark-money donors.

As of October 30, according to Olympia’s Public Disclosure Commission (PDC), the Civic Alliance for a Sound Economy (CASE), the main corporate PAC supporting Durkan, has raised almost $1 million, an amount appallingly unprecedented in Seattle’s electoral history. The obvious majority of that money comes from a handful of Seattle-based corporations led by Amazon and Vulcan, who have contributed $350,000 and more than $100,000 respectively. These notorious corporations are clearly determined to ensure that their anointed candidate shall control our city’s mayor’s office.

Durkan comes from a well-connected Old Seattle family with political and financial interests all across New Seattle. She and her six siblings are the scions of the late Washington state representative and senator Martin Durkan (1923-2005). Among those siblings, the best connected are T. Ryan Durkan and Martin “Jamie” Durkan, Jr. Ryan is one of Seattle’s leading land-use attorneys, and Jamie worked as a corporate lobbyist for 30 years prior to retiring last year.

Which brings us to the still-infamous Hedreen corporate-welfare affair, a telling historical bellwether for judging Durkan family values.

In 2002, Jamie and Ryan Durkan both lobbied in Seattle City Hall on behalf of R. C. Hedreen and Co., a longtime downtown luxury hotel developer, to promote special-exemption legislation allowing Hedreen to expand certain downtown hotel development plans without building the low-income housing units then required as impact mitigation under city law. Long story short, that legislation — written by Jamie and Ryan and sponsored by city council member Richard McIver — would have essentially robbed the city of $6 million worth of low-income housing in downtown Seattle. Only after persistent opposition from city council member Nick Licata did Mayor Greg Nickels veto the legislation.

Despite the obviously obscene amounts of corporate cash being donated to her campaign, Jenny Durkan and her supporters nevertheless claim this won’t be a bought election. I’d buy that for a dollar.