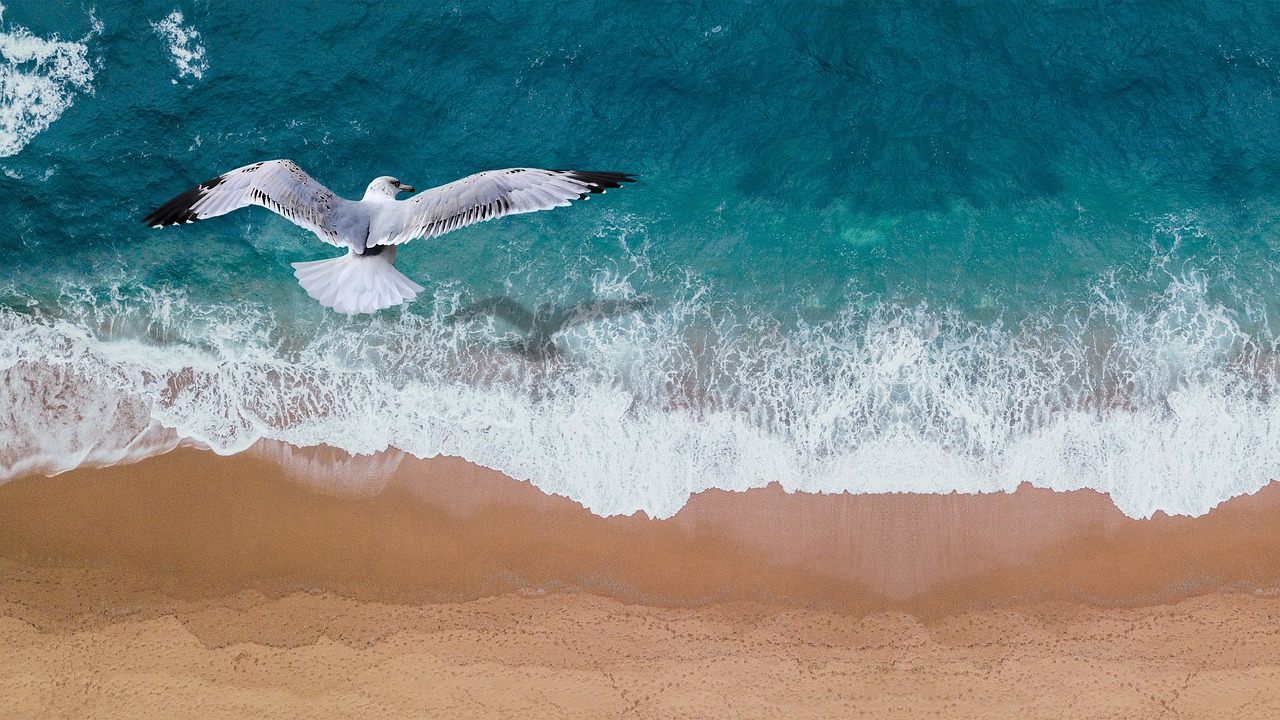 It’s been years since I attended any sort of tech conference or convention. It isn’t because I’m not interested in technology — obviously I am. Rather, I have little interest in seeing the latest, greatest, hottest new toys, or listening to corporate shills try to hawk their proprietary baitware, or in hearing the poor English language mangled with phrases like “agile development” and worse. My interest in technology remains, and has always been, in those things which increase human freedom, not simply (in)human possibility. Which means that proprietary technology conferences hold no interest for me, since they are neither free nor interested in freedom. At any rate, the obsession with stuff gets on my nerves. I’m interested in things that have nothing to do with stuff as such. I’m interested in processes and ideas.

So it surprised even me that I decided to attend the fifth annual SeaGL (Seattle GNU/Linux conference). The SeaGL conference classes struck me as widely varied and, to my delight, not so much about technology as the relationship of technology to other things: right in my wheelhouse.

I arrived a bit too late for the opening keynote, but I knew I would. Instead I’d already chosen a program for myself, with some room left for improvisation on the second day. I decided on the first day I’d drop in on Sarabeth Jaffe, Tony Sebro and Jose Antonio Rey.

Sarabeth Jaffe’s session was on a fascinating topic: programming in prison. I’d been excited for this one when I first read the SeaGL program, and although it was a very short session, I found it deeply interesting. Given the unusual circumstances of Ms. Jaffe’s work at the Monroe Correctional Facility, she was an ideal advocate for free/libre/open source software (FLOSS). Not only is the prison a place with limited resources on the correctional as well as educational level, it is also the very definition of remote. Cut off almost completely from the outside world, there is no Internet. There is no tech support. The only user manuals are ancient by technological standards. The students have only themselves and the most primitive of equipment to build a community. Above all, because of their context they value the free in freedom, possibly more than any other group in the country. In other words: the perfect place for an free/libre/open source project.

Ms. Jaffe was extremely optimistic about her work. Her passionate speaking was a great antidote for the normal cynicism one encounters so often in the tech world and elsewhere. It was clear she had given up a promising career at a large tech company in pursuit of a higher purpose. She took immense satisfaction in her students, placing them in jobs, and even in the case of those serving a life sentence, keeping their minds sharp and watching as they become helpful, contributing members of their community.

I could hardly have asked for a more satisfying start to the weekend.

Tony Sebro’s session, “ROI: Return on Inclusion” continued the theme of social justice, but with a different tack. Sebro’s work with Software Freedom Conservancy led him to an intriguing thesis on the subject. Namely, besides the obvious reasons of morality, it benefits companies and projects financially to diversity their workforce along lines of race and gender.

This wasn’t merely theoretical. Even according to conservative voices at the Harvard Business Review, ethnically diverse companies outperform the median competition: they are 35% more likely to outperform average. Even along gender lines the same phenomenon holds. Diverse teams are smarter, more responsive, more flexible, and more likely to rise to challenges. Companies around the nation claim that they want to diversify, and they know that it will help them.

Sebro’s answer was simple. “There’s no HR in F/LOSS.”

How true. Whatever the faults of the baloney industry called human resources, they exist to ensure that a company can actually compete in the marketplace by having the best possible workforce. They know that diversity is important for more than social reasons. They exist to serve those reasons. By comparison, free/libre/open source projects exist outside of the marketplace. They do not care about things like performance. At best they tend to be meritocracies built around the notion that the only thing that matters is code. At worst, they are a circle jerk of antisocial elitist jerks who are convinced they are the only ones who truly understand anything. I suspect everyone with a passing familiarity of FLOSS projects knows a few of those.

Self-reliant (or self-absorbed) as they are, open source projects have virtually no incentive to diversify. There is no financial incentive. There is little to no moral incentive, because the moral reach of free software is minimal. And yet it can be, and should be done. But it requires people to view code as having a social component and not merely a technical one.

That’s a hard sell to the horde of middle- and upper-class white males who dominate free/libre/open source projects. White men tend to believe that any time social justice is mentioned, the system is rigged — against them. The numbers from recent surveys bear this out. While there will be a few who, out of the goodness of their hearts or even out of legitimate concern for equality, will swallow the necessary pill and put aside their personal vanities to make the world a better place by making their software projects more diverse communities. Most however will show apathy or downright hostility, and this is fatal to any project.

Nevertheless it can be done, as Sebro showed with his presentation on the Selenium project. Over five years they’ve increased the diversity of their speakers at conferences around the world with excellent results. It’s a good lesson to learn, and an even better one to teach to the skeptical or the indifferent.

I went into the “Open Source Communities” session by Ubuntu’s Jose Antonio Rey with Tony Sebro’s presentation fresh in my brain. But it was a much lighter session, lighter in both subject matter and in actual substance.

The most important thing I took from it was the reminder that communities are fragile. They need watering like a plant. So much of what passes for online community is done through what Rey calls “synchronous communication”: IRC, Slack, Facebook, etc — things that require everyone to be in the same cyberspace, even if they are geographically scattered. This creates obvious and not so obvious problems.

Growing up in Seattle as I have, almost everyone I know can recall with dread the first time they had to have a “conference call” of some sort, inevitably called by some office on the East Coast, where people are clearly unaware that a 9 am conference call there means waking up at 6 am and trying not to sound like a frog. It’s a shining example of East Coast hubris, but it’s even worse now with globalization. It’s a full-blown Yankee hubris, expecting employees and associates in London, Bangalore, Singapore, Beijing, Tokyo, and Cupertino all to have regular synchronous conference calls.

The more diverse a community, the more individual needs matter and the harder a community has to work to be effective for all its members. Not all ideas or practices transfer easily from one to the next. Communities are bounded by culture. Some ideas, though, have wide if not universal application. Rey insisted that this was easier to accomplish when members share their localized experiences with the wider community. “Take your job locally,” he said, “Always keep up with your own people.”

However strange it may sound, my favorite session of the day was the one I didn’t have on my schedule. It was about knitting. Heidi Waterhouse’s presentation “Verbose Mode” opened with her discussing how women in Iceland used to create amazingly intricate knitting patterns in lace. They passed down this knowledge to others, starting girls off knitting when they were as young as six. This led them to an economy that depended upon knitting not only for personal and family use, but also for export.

The more elaborate patterns became, the more knitters needed a system of notation in order to reproduce their work. But when Iceland began to industrialize like the rest of Europe, the art of knitting was no longer passed down and thus few people could read the notation. It was only recently when knitters began to revive the craft and needed to learn from the past that they began to tackle the old notation and begin to translate it into a newer, simpler notation that did not take for granted the fact that a woman must surely have been doing this since the age of six already or she wouldn’t be interested.

From this came several connections to computer technology.

Any specialized field has an “assumed body of knowledge.” People within that field are often so used to their practice that they no longer recall this. But it is strikingly obvious to people who are new to the field, and for whom the argot is quite challenging not because they are stupid but because they do not have the same foundational knowledge on which to build.

Not everyone starts at the same place — indeed no one does.

Push come to shove, communities will take care of themselves because they must.

The lessons for technical writers should be obvious. They were to me. Goodness knows how many times I’ve wanted to set fire to a software manual obviously written by the dev team. Dev teams make the first mistake repeatedly: they assume every user has the same body of knowledge they do. This is particularly a problem in free/libre/open source projects, where the assumption is that every user must already be a programmer and if they aren’t they have no business using the software. I’ve complained about this before, and at length, so I won’t rehash my argument here other than to say it was crisp and amusing to hear someone else say exactly the same thing I’ve been saying to F/LOSS people for over a decade. My words continue to fall on deaf ears, but it’s nice to know others see the problem clearly, too.

If free software is ever to grow as it should, it’s going to take a lot of manuals and a lot of teaching. It’s also going to require that free software programmers hand the reins off to writers who can make sense of their projects and convey them usefully to the laity. I’ve no illusions this will happen anytime soon, if ever, but Mx. Waterhouse’s presentation shows what the world would have to look like in order for it to happen at all.

All in all, an excellent cap to the day. I’m excited for tomorrow.