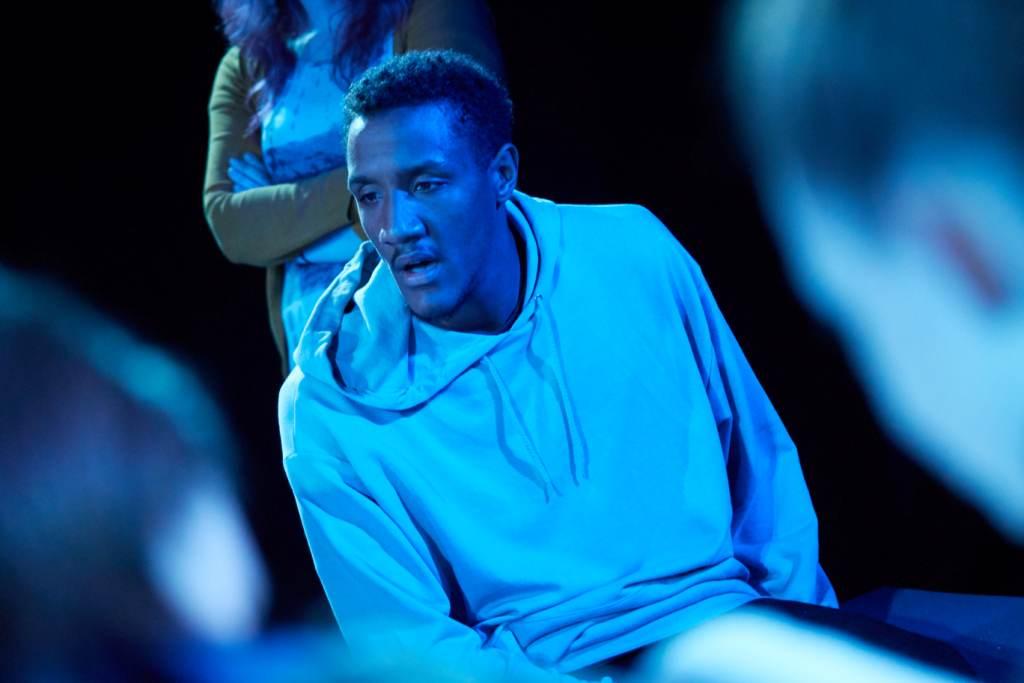 For many people Brexit was a shock, but should it have been? Perhaps those on the left had been so busy talking to themselves that they hadn’t listened to the other side of the story

Similarly, theatre is often accused of ‘preaching to the choir,’ but it doesn’t have to be this way. Zest Theatre, for example, is a national company that makes work for young people, mainly those aged 12 to 25 (the average age of our audience is 16.5). From our base in Lincolnshire we tour regularly to many of the towns and cities that voted ‘leave’ in June 2016 like Hartlepool, Doncaster, Sunderland, Burnley, Boston and Barnsley, places where a working class revolt had taken place among people who had had enough of not being heard.

However, for our target audience it was a different story: 75 per cent of voters aged 18-24 chose to remain in the European Union, and 16 and 17 year olds were excluded from the most important decision of their lives so their voices were ignored completely. Can theatre help to address this problem, not only by connecting with young people but also by reaching out to older voters who had voted leave?

To find out, we teamed up with East London-based Half Moon Theatre and spent time in four different parts of the country: Barnsley, Lincolnshire, Newcastle/Gateshead and London—two areas that voted to leave the EU and two that voted to remain. In each place we met with young people across the Brexit divide (215 of them in total), and used their voices to explore and create a new production.

In three of the locations the mood was upbeat—one of equality, tolerance and openness, a younger generation not wanting to be defined by narrow views of what it means to be British but as global citizens. As one person in Barnsley told us, “I don’t want to see myself as the British stereotype, that’s a social construct. Rather, I want to see myself as an individual out in the world. Me, myself, in society.”

Across the board we heard young, passionate, politically-engaged voices.  “People think young people are lazy,” said one young woman in London, but “we’re not, we just need encouragement.” And that became our call to action—using theatre to help empower a new generation to make their voices heard.

However, not all of these voices were easy for us to hear. The fourth of our locations—Boston in Lincolnshire, dubbed the ‘Brexit Capital of the UK’—has become a boiling pot for right-wing rhetoric. Boston is a rurally isolated market town that returned the highest leave vote in the country, and it has a large Eastern European immigrant community.

At times people’s expressed fear of ‘foreigners’ was almost tangible, with immigrants blamed for a whole host of problems in the town: “I’m scared of like, ISIS people” one young women said, seemingly unable to separate Polish migrant workers from the terrorists she saw on the news. Another perception was that foreign shops were taking over: “Soon there won’t be any English shops left” as one young man told us in one of our conversations.

Scare stories in local newspapers were spread around the town by word of mouth, and they seemed to have a powerful, negative impact on people’s views of migrant workers. Young people said that they often heard anti-immigrant rhetoric from older generations in the Boston community: “They hate them”, one of our respondents said, “my mum and my nan despise them.”

“Who’s going to listen to us anyway?” one student asked when we quizzed a group on how they could use their voices to speak up. Maybe that was a mistake on our part—as if the deep-seated tensions in the community could be fixed if only there was a magical way of changing everything. Silence filled the room, until one young person simply said, “Well, it’s communication, isn’t it?”

That seemed to hit the nail on the head. Communication between all sides can change things, but these young people had been ignored to the point where even a simple conversation between different groups seemed like an unattainable feat. Why believe that you have the power to change the world if you’ve never seen any proof that you can?

This is where our art form steps in. Our challenge was to create a production that would communicate honestly and powerfully to all generations, and to both sides of the Brexit debate, and help to explore the values, perceptions and misconceptions that underlie it.

There’s an assumption in some corners of the theatre sector that creating work for young people is somehow a soft or easy option. Our experience is the opposite. Young audiences seek authenticity and honesty. They want drama that tells it how it is and keeps them engaged. If you don’t tick these boxes then the audience will soon let you know. Young people can handle abstraction better than most adults, and they aren’t afraid of being challenged by big ideas or difficult questions. In short, they don’t take any bullshit.

This kind of immediacy is why we create productions for this age range in the first place. Most of our audiences are first time arts attenders, so they don’t enter the theatre with any preconceived ideas or norms of behaviour. We respond by creating immersive worlds in our shows, removing the seating and placing the audience in the centre of the action for a 360-degree experience in which they can actively feel the show rather then passively spectate.

Armed with hours of interview recordings from our tours, we set about boiling all the noise and conversation into a coherent narrative—using  these voices to inspire the production but also littering the script with verbatim quotes from the interviews. The resulting show, What Once Was Ours, aims to illustrate the effects of global and national politics on one family—the macro panorama of the bigger story boiled down into the life of a pair of estranged half siblings called Katie and Callum.

For them life is difficult. Their parent’s complex conflicts have created a gulf between them, rooted in different heritages, cities and opportunities. Yet transformation comes, not from some complex answer, but by restoring their relationships through listening to each other and being heard for the first time.

Just as Brexit highlighted the disparity in investment between different areas of the UK that’s led to a lack of opportunities for many, the family is fractured by their different experiences of poverty and racism. Callum is branded a benefits scrounger when he turns to his father in financial desperation, whilst Katie is surrounded by the racist vitriol that’s handed down from her Granny to her Mum.

Her Gran escaped the UK for a better life in Spain, and now Katie wants to get away too: ‘the Paki’s were bad enough, now it’s the Poles’ as she says in the play. This rhetoric has influenced every inch of her daily life, with people talking in right-wing headlines and slogans. Now that poverty has hit her own household, fear has moved in, and the blame has been placed at the doorstep of immigrants.

In Katie’s world, Callum is representative of everything her Mum and gran despise. It isn’t until she’s confronted with her ‘other’—her brother—that she begins to understand a different way of thinking. Together they learn to talk, to start again and find the common ground that unites them.

At the time of writing we aren’t even half way through our tour, so it’s too early to say exactly what impact we might be having, but there have been some encouraging reactions. Whilst we were opening the show in London in early October, I received an email from one of the young people we’d worked with in Boston:

“I just wanted to say, having a chat with you and seeing the production has really opened my eyes and has changed my views completely. I now walk into and buy products from what Boston people call ‘foreign shops’ and I literally can’t find the problem. It hasn’t changed my views on Boston itself. However this whole debate about the ‘foreign’ people coming to Boston doesn’t bother me anymore. So I just want to say thank you.”

Of course, that’s just one story, one voice that’s been challenged and changed through real conversation, but it isn’t insignificant. At the end of each show on the tour, the actors take their bow, but instead of running to their dressing rooms they stay in the theatre. We distribute biscuits to the audience and chat about the show they’ve just seen. In other words, we start another conversation.

Sometimes we think a complex situation needs a complex answer. But the young people we’re working with just need encouragement to join in, to get involved, to raise their voices and to engage with different views. After all, there’s never one single answer, one right or wrong view; the answers come from the process—“It’s communication, isn’t it?”