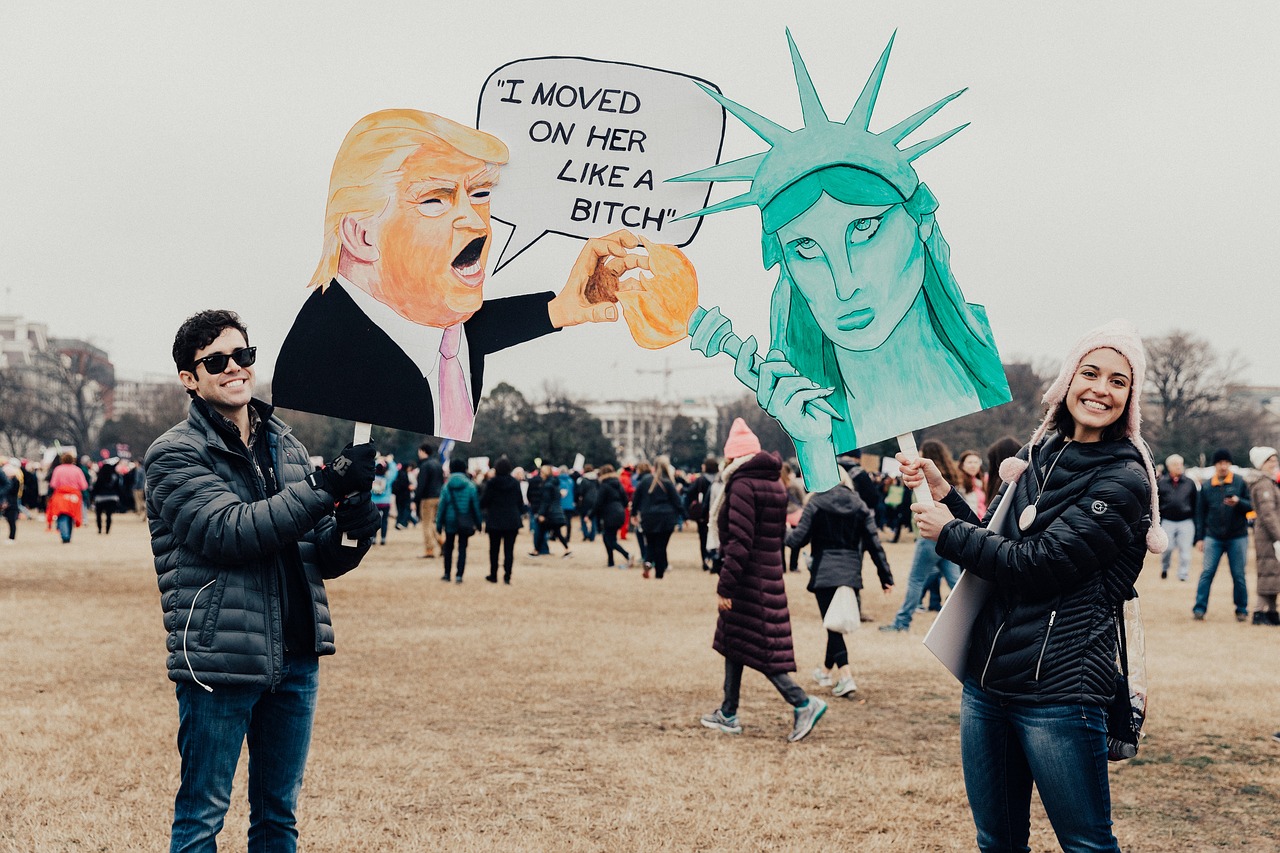 Here’s a multiple-choice quiz–choose between the following definitions of “freedom of speech”:

It won’t surprise readers of this website that the small but growing fascist movement in this country is pushing for “B.”

Over the past year, the far right has held a number of “free speech” rallies that are, in reality, testing grounds for how many people they can publicly assemble and launch violent attacks on people of color and leftists.

The horrifying absurdity of using freedom of speech as a cover for fascism was made clear by the far-right Portland terrorist Jeremy Christian at his arraignment hearing for murdering two anti-racist train passengers earlier this year. “Free speech or die, Portland,” Christian said. “You got no safe space. This is America. Get out if you don’t like free speech.”

But the leaders of America universities seem to be having a very hard time spotting the difference.

At Cleveland State University, President Ronald Berkman responded to a spate of flyers from a group called “Fascist Solutions” that call on LGBT students to kill themselves by saying that the school “will continue to protect free speech to ensure all voices may be heard.”

Over in New York City, a dean at Columbia University told Fox News that he’s so committed to free speech, he’d invite Adolf Hitler “to engage in a debate and discussion”–which is precisely the type of robust sharing of ideas that the architect of the Holocaust was known for.

But the University of Florida (UF) has to take the prize for ivory tower stupidity–at least for now–after the way it handled the October 19 campus visit by one of the biggest names in neo-fascism, Richard Spencer.

The UF administration claimed that because of free speech, it was obligated not only to host Spencer–who invited himself to campus, with no connections to any student group–but to impose a virtual state of martial law on the campus and spend an estimated $500,000 on security, in order to stop anti-racist students and workers on campus from expressing their own speech directly to Spencer’s face.

Despite the intentions of the UF administration and Gov. Rick Scott–who actually declared a state of emergency in advance of Spencer’s speech–protesters came out in large numbers, both on the streets and inside the venue where Spencer spoke.

Like the anti-racists in Boston, Portland and the Bay Area, among other places, these counterdemonstrators made it clear that Spencer’s hateful ideology is as widely despised in Florida as anywhere else.

But that only makes it more absurd in retrospect how far the authorities went to accommodate a hateful racist and his followers.

UF had initially refused to hold an event for Spencer in September, until President W. Kent Fuchs–showing the kind of “profile in courage” we’ve been taught is how to confront the Nazis–apparently changed his mind “after being threatened with a lawsuit.”

But wait, there’s more: The day before the event, UF made a mockery of its supposed commitment to free speech by declaring that because Spencer had paid $10,000 to rent a hall, he would be able to decide which journalists and audience members would be permitted to attend his speech.

“They’ve rented the facility,” university spokeswoman Janine Sikes announced. “It’s their event, so that’s why they can have whomever they want.”

This makes no sense. If the university felt obligated to let a Nazi speak in the name of a free exchange of ideas, it could have hosted him at no charge and let him be vigorously challenged.

But if UF officials are saying that Spencer paid for the space so he can do what he wants, then this isn’t a matter of free speech, but of choosing to do business with a fascist. You don’t get to take $10,000 from Nazis and then proclaim your noble commitment to free speech.

We’re living in a time when actual free speech rights are as precarious as ever–consider, for example, the autocrat in the White House who orders professional football team owners to fire players who take a knee during the National Anthem. Or the FBI targeting supporters of the Black Lives Matter movement as dangerous “extremists.”

On college campuses, the great liberal leaders of intellectual life are instituting draconian crackdowns of their own on student protest and faculty dissent. But when does the University of Florida choose to take a stand for civil liberties? When a Nazi offers to pay $10,000 a pop for the “right” to foment violence.

Are these college administrators being dumb or cynical? I would have been tempted to go with cynical–until I heard a quote like this from President Fuchs about the impact of the Spencer circus: “The one thing that comes out of this, though, is it is prompting a great discussion around race and religion and the value of diversity of that on a university campus.”

Now that’s some brilliant advice from a leader of higher learning: While you’re hiding from the swarms of cops and the fascist thugs paying $10,000 to take over campus, take a moment to have an invigorating discussion about campus diversity.