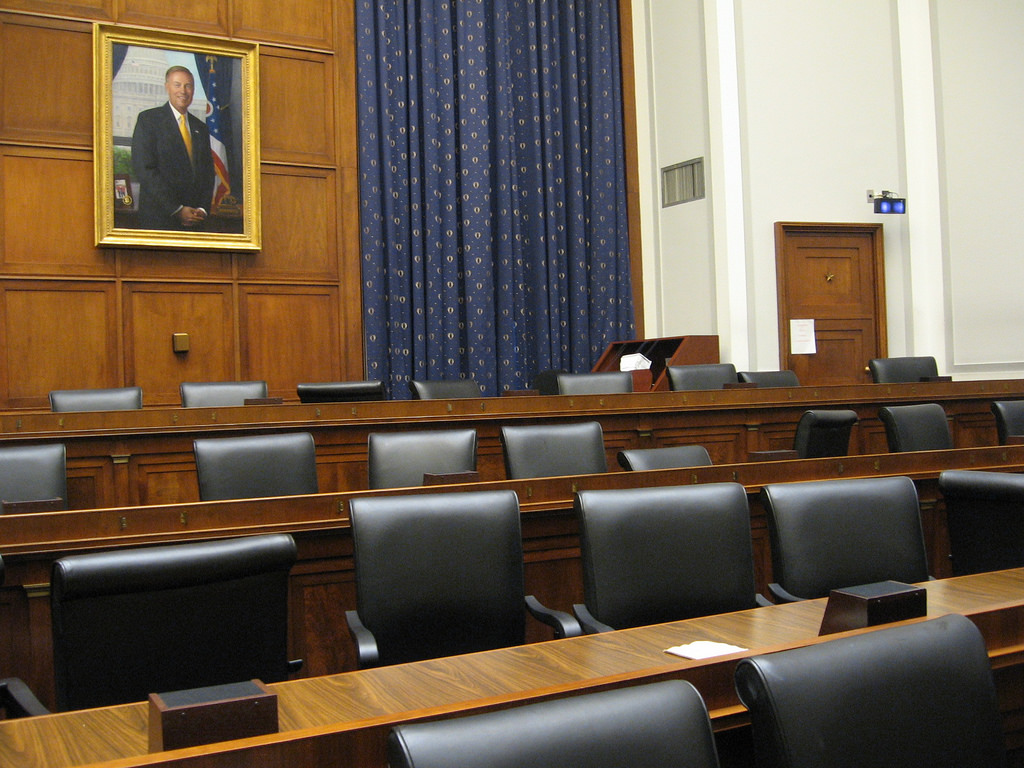 Today was a dark day for the Internet.

The U.S. Senate just voted 97-2 to pass the Allow States and Victims to Fight Online Sex Trafficking Act (FOSTA, H.R. 1865), a bill that silences online speech by forcing Internet platforms to censor their users. As lobbyists and members of Congress applaud themselves for enacting a law tackling the problem of trafficking, let’s be clear: Congress just made trafficking victims less safe, not more.

The version of FOSTA that just passed the Senate combined an earlier version of FOSTA (what we call FOSTA 2.0) with the Stop Enabling Sex Traffickers Act (SESTA, S. 1693). The history of SESTA/FOSTA—a bad bill that turned into a worse bill and then was rushed through votes in both houses of Congress—is a story about Congress’ failure to see that its good intentions can result in bad law. It’s a story of Congress’ failure to listen to the constituents who’d be most affected by the laws it passed. It’s also the story of some players in the tech sector choosing to settle for compromises and half-wins that will put ordinary people in danger.

SESTA/FOSTA undermines Section 230, the most important law protecting free speech online. Section 230 protects online platforms from liability for some types of speech by their users. Without Section 230, the Internet would look very different. It’s likely that many of today’s online platforms would never have formed or received the investment they needed to grow and scale—the risk of litigation would have simply been too high. Similarly, in absence of Section 230 protections, noncommercial platforms like Wikipedia and the Internet Archive likely wouldn’t have been founded given the high level of legal risk involved with hosting third-party content.

Importantly, Section 230 does not shield platforms from liability under federal criminal law. Section 230 also doesn’t shield platforms across-the-board from liability under civil law: courts have allowed civil claims against online platforms when a platform directly contributed to unlawful speech. Section 230 strikes a careful balance between enabling the pursuit of justice and promoting free speech and innovation online: platforms can be held responsible for their own actions, and can still host user-generated content without fear of broad legal liability.

SESTA/FOSTA upends that balance, opening platforms to new criminal and civil liability at the state and federal levels for their users’ sex trafficking activities. The platform liability created by new Section 230 carve outs applies retroactively—meaning the increased liability applies to trafficking that took place before the law passed. The Department of Justice has raised concerns [.pdf] about this violating the Constitution’s Ex Post Facto Clause, at least for the criminal provisions.

The bill also expands existing federal criminal law to target online platforms where sex trafficking content appears. The bill is worded so broadly that it could even be used against platform owners that don’t know that their sites are being used for trafficking.

Finally, SESTA/FOSTA expands federal prostitution law to cover those who use the Internet to “promote or facilitate prostitution.”

It’s easy to see the impact that this ramp-up in liability will have on online speech: facing the risk of ruinous litigation, online platforms will have little choice but to become much more restrictive in what sorts of discussion—and what sorts of users—they allow, censoring innocent people in the process.

What forms that erasure takes will vary from platform to platform. For some, it will mean increasingly restrictive terms of service—banning sexual content, for example, or advertisements for legal escort services. For others, it will mean over-reliance on automated filters to delete borderline posts. No matter what methods platforms use to mitigate their risk, one thing is certain: when platforms choose to err on the side of censorship, marginalized voices are censored disproportionately. The Internet will become a less inclusive place, something that hurts all of us.

SESTA/FOSTA supporters boast that their bill has the support of the technology community, but it’s worth considering what they mean by “technology.” IBM and Oracle—companies whose business models don’t heavily rely on Section 230—were quick to jump onboard. Next came the Internet Association, a trade association representing the world’s largest Internet companies, companies that will certainly be able to survive SESTA while their smaller competitors struggle to comply with it.

Those tech companies simply don’t speak for the Internet users who will be silenced under the law. And tragically, the people likely to be censored the most are trafficking victims themselves.

Throughout the SESTA/FOSTA debate, the bills’ proponents provided little to no evidence that increased platform liability would do anything to reduce trafficking. On the other hand, the bills’ opponents have presented a great deal of evidence that shutting down platforms where sexual services are advertised exposes trafficking victims to more danger.

Freedom Network USA—the largest national network of organizations working to reduce trafficking in their communities—spoke out early to express grave concerns [.pdf] that removing sexual ads from the Internet would also remove the best chance trafficking victims had of being found and helped by organizations like theirs as well as law enforcement agencies:

Reforming [Section 230] to include the threat of civil litigation could deter responsible website administrators from trying to identify and report trafficking.

It is important to note that responsible website administration can make trafficking more visible—which can lead to increased identification. There are many cases of victims being identified online—and little doubt that without this platform, they would have not been identified. Internet sites provide a digital footprint that law enforcement can use to investigate trafficking into the sex trade, and to locate trafficking victims. When websites are shut down, the sex trade is pushed underground and sex trafficking victims are forced into even more dangerous circumstances.

Freedom Network was far from alone. Since SESTA was introduced, many experts have chimed in to point out the danger that SESTA would put all sex workers in, including those who are being trafficked. Sex workers themselves have spoken out too, explaining how online platforms have literally saved their lives. Why didn’t Congress bring those experts to its deliberations on SESTA/FOSTA over the past year?

While we can’t speculate on the agendas of the groups behind SESTA, we can study those same groups’ past advocacy work. Given that history, one could be forgiven for thinking that some of these groups see SESTA as a mere stepping stone to banning pornography from the Internet or blurring the legal distinctions between sex work and trafficking.

In all of Congress’ deliberations on SESTA, no one spoke to the experiences of the sex workers that the bill will push off of the Internet and onto the dangerous streets. It wasn’t surprising, then, when the House of Representatives presented its “alternative” bill, one that targeted those communities more directly.

In December, the House Judiciary Committee unveiled its new revision of FOSTA. FOSTA 2.0 had the same inherent flaw that its predecessor had—attaching more liability to platforms for their users’ speech does nothing to fight the underlying criminal behavior of traffickers.

In a way, FOSTA 2.0 was an improvement: the bill was targeted only at platforms that intentionally facilitated prostitution, and so would affect a narrower swath of the Internet. But the damage it would do was much more blunt: it would expand federal prostitution law such that online platforms would have to take down any posts that could potentially be in support of any sex work, regardless of whether there’s an indication of force or coercion, or whether minors were involved.

FOSTA 2.0 didn’t stop there. It criminalized using the Internet to “promote or facilitate” prostitution. Activists who work to reduce harm in the sex work community—by providing health information, for example, or sharing lists of dangerous clients—were rightly worried that prosecutors would attempt to use this law to put their work in jeopardy.

Regardless, a few holdouts in the tech world believed that their best hope of stopping SESTA was to endorse a censorship bill that would do slightly less damage to the tech industry.

They should have known it was a trap.

SESTA/FOSTA: The Worst of Both Worlds

That brings us to last month, when a new bill combining SESTA and FOSTA was rushed through congressional procedure and overwhelmingly passed the House.

Thousands of you picked up your phone and called your senators, urging them to oppose the new Frankenstein bill. And you weren’t alone: EFF, the American Civil Liberties Union, the Center for Democracy and Technology, and many other experts pleaded with Congress to recognize the dangers to free speech and online communities that the bill presented.

Even the Department of Justice wrote a letter urging Congress not to go forward with the hybrid bill [.pdf]. The DOJ said that the expansion of federal criminal law in SESTA/FOSTA was simply unnecessary, and could possibly undermine criminal investigations. When the Department of Justice is the group urging Congress not to expand criminal law and Congress does it anyway, something is very wrong.

Assuming that the president signs it into law, SESTA/FOSTA is the most significant rollback to date of the protections for online speech in Section 230. We hope that it’s the last, but it may not be. Over the past year, we’ve seen more calls than ever to create new exceptions to Section 230.

In any case, Electronic Frontier Foundation will continue to fight back against proposals that undermine our right to speak and gather online. They hope you’ll stand with them.