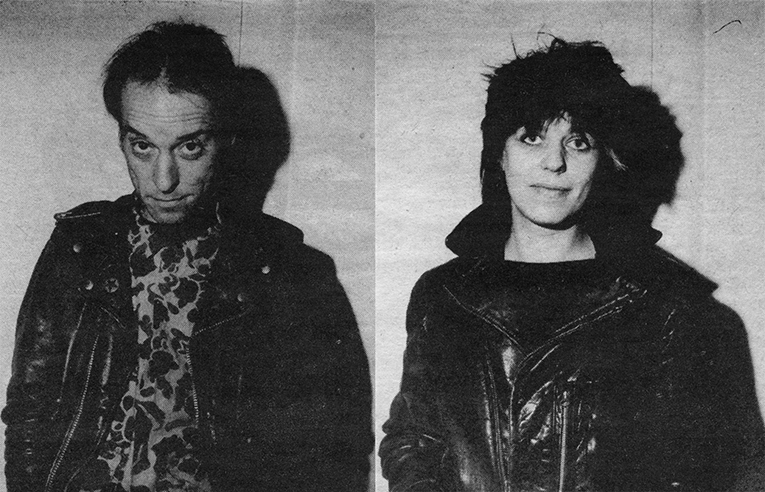 Seattle in the late 1970s was a place and time of great countercultural promise. When the Bird punk club opened here on March 4, 1978, the city’s nascent punk music scene gained a crucial regular venue for that year. The following month, appropriately on April Fools’ Day, the city’s underground visual arts community similarly gained a crucial exhibition space for its transgressive aesthetic works with the debut of Rosco Louie Gallery.

Founded by local husband-and-wife artists Larry Reid and Tracey Rowland, Rosco Louie’s raison d’être was the fomenting of discursive discord within Seattle’s granola-infused contemporary gallery scene. A tiny space that would have a huge impact on Seattle’s counterculture during its brief tenure, Rosco Louie quickly became a vital early venue for many formerly obscure visual and performance artists and underground music acts. Located in Pioneer Square at 87 South Washington Street, the new gallery’s presence directly beneath the offices of the recently-launched Seattle Weekly would guarantee local notoriety for Reid, Rowland, and the myriad Seattle gadflies whose work they would brazenly display.

Seattle’s punk scene would play a crucial role in forming Rosco Louie’s base of patronage. While the Bird provided a popular gathering place for local punk rockers, it was constantly under attack from the city’s mavens of morality, and thus lasted a mere seven months until its final show on September 29, 1978. Meanwhile, Rosco Louie, despite its fundamentally transgressive character, was apparently considered a more legitimate business enterprise by the city’s establishment. Reid and Rowland’s gallery would thus become the de facto headquarters of the Seattle punk scene after the Bird’s demise.

Among the other early exhibitions at Rosco Louie were the Pawn Shop Show and the Armory Show. The Pawn Shop Show was the first solo show by local artist Ries Niemi, who in 1979 turned the gallery into a mock pawn shop featuring several non-functional guitars crafted from color photocopies laminated onto wood and cardboard, along with similarly crafted everyday household objects. The pawn shop simulation was convincing enough that random Pioneer Square wanderers would inquire about the prices of the mock merchandise.

The Armory Show was an homage to the legendary Armory Show held in 1913 in New York City, the first large exhibition of modern art in the United States. The Seattle event, held from December 16, 1979, to January 7, 1980, was more irreverent in character, comprising actual weaponry as objets d’art. The show would also count among the earliest local appearances of countercultural Seattle icon Steven Jesse Bernstein (1950-1991), who would perform his confrontational poetry numerous times at Rosco Louie during its tenure.

When Rosco Louie finally closed on November 27, 1982, after a successful run of nearly five years, Reid and Rowland were interviewed by The Rocket, then Seattle’s reigning monthly countercultural newspaper.

“We wanted to associate art, music, film, and people in different disciplines together,” Reid then told The Rocket. “I think we succeeded. It was one of the few places in Seattle where you could get artists, punk kids, museum curators, and critics in one room and get them all smashed.”

Rowland emphasized the gallery’s rejection of highbrow values, declaring, “We don’t like high art; we’ve always associated ourselves with low art. We think that instead of selling pictures to go over sofas it should be about bringing ideas together.”

Summarizing Rosco Louie’s unique role within Seattle’s arts community, Reid reminisced, “We’re probably the only gallery in town that ever chased out collectors by cranking up the Sex Pistols.”

The following year, Reid would launch a similar Pioneer Square gallery/performance venue named Graven Image, best known today as the practice space of the U-Men, the legendary proto-grunge band that would save Seattle from destruction in a maelstrom of macramé during the mid-1980s.