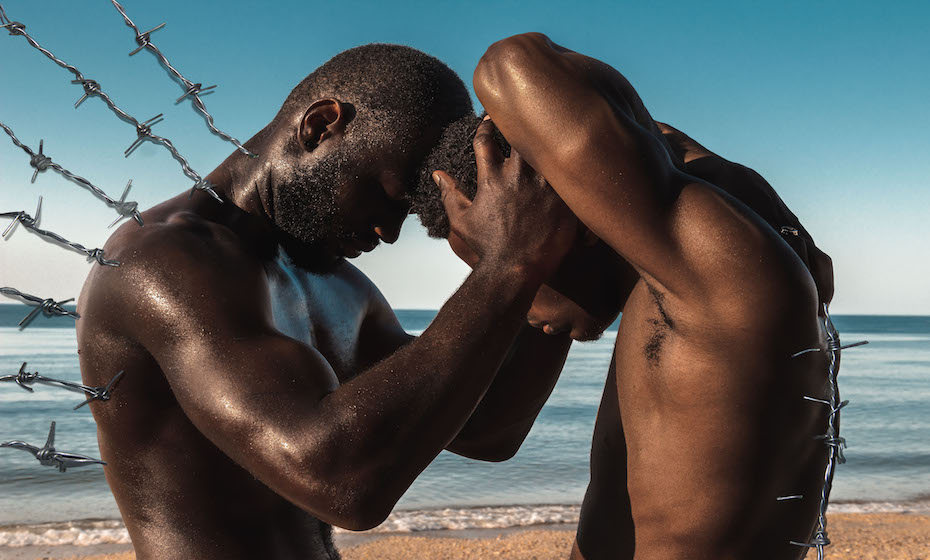 Simply put, being a “real man,” in the Caribbean, requires having the propensity to reinforce the traditional hierarchy of male domination and keeping your multiple female partners as sexual playthings.

Gender socialisation creates pressures for young males to assert dominance and to engage in risk-taking. Reference may be drawn to dancehall music, which not only encourages male dominance over the female body but often spreads homophobia and stigmatisation of any fluidity of the concept of masculinity.

But according to Haitian photographer and architect Zarita Zevallos, art can be a tool to change this mindset and help people break through the systemic perpetuation of rigid male masculinity.

Zevallos wants to inspire modern creatives to use art to free the world of mental barriers and mental enslavement.

Art as a solution

Knowledge and awareness can be the first step to understanding problems and then develop innovative solutions.

“I’ve always been drawn to structures, different shapes/designs. This transferred into my art and the way I display my messages,” says Zevallos. She says she sees a clear link between architecture and photography.

“Just as design is meant to make life simpler and to solve problems, so too photography and art can be applied to help solve social problems or at least draw attention to them,” she continues.

Constrained masculinity is one problem Zevallos hopes to bring to the fore. She has done this vividly in two of her projects: Pariah, and Kòktèl.

Pariah illustrates the trauma black men face due to mass incarceration, in a world where there are clear racial disparities in state prison population. “Slavery was abolished but then it was recreated in the form of incarceration,” she tells us about Pariah. Black men have fallen victim to a fight for power and they have no advantages in the system, no real means to attain power, she continued.

In the United States, for instance, although people of colour make up about 30 percent of the population, they account for 60 percent of those imprisoned. Zevallos draws on statistics such as this to express the damage done on the Black community.

Using a material as simple as a wire, Zevallos portrays the struggle black men still have for freedom today.

But her message goes beyond by showing another form of “incarceration” that black men face when they are limited in how they can express themselves and their bodies.

Masculinity is essentially a set of social practices or behaviours and an ideological position by which men become conscious of themselves as gendered subjects.

Men are not born with the pre-conceptualised ideas of masculinity. Society imposes this understanding on them, as it does in similar and different ways for women.

This constructed idea of what it means to be a man is followed by sanctions and rewards by society to police, control, and maintain a certain order. However, in many cases, this may lead to exaggeration of the characteristics and tear in the social fabric.

For instance, one of the areas in critical need of change among men in the Caribbean is their resort to violence as a technique of conflict resolution.

Men, in general, are the biggest perpetrators of violence against each other and against women.

Violent means being a man?

According to a joint report by the United Nations Office on Drugs and Crime and the Latin America and the Caribbean Region of the World Bank, three of the top ten countries with the highest incidence of rape are Caribbean countries—the Bahamas, Jamaica and Barbados.

The UNDP Caribbean Human Development report indicates that 30.4% women in the Caribbean report high rates of fear of sexual assault in comparison to 11.1% of men. Men are socialised to accept violence and being a warrior as an essential part of being a man.

“Why are we so broken?” Zevallos asks.

She thinks that it goes back to plantation society, where black men were stripped of their power and autonomy that they have still not risen to see themselves as more than what the white man has described them as, violent and with tendencies to be over sexualized.

She states that there are so many ways for black men to express themselves and hopes that her art inspires men to allow for a deeper understanding of masculinity.

In the Kòktèl (cocktail in Haitian Creole) photo series, where Zevallos freely uses colourful thread alongside the varied emotions of her models, the aim is to freely explore the fluidity and diversity of masculinity. Just as a cocktail is full of colour and flavour, Zevallos blends elements of self-expression people may not naturally assign to men, creating a unique view of the black man.
“I wanted to visually express that with colors and movement. The thread bending, crossing and extending around and over his body sometimes express the turmoil in which different men find themselves, other times it represents the way men spin the web of their individuality,” Zevallos shares.

Limited expression of self

In Kòktèl she came upon something she had never seen so openly.

The male model she was photographing, she recounts, seemed utterly comfortable in typically feminine positions such as cradling his own face. At first, she simply observed and continued photographing, but then she noticed that what she was witnessing was a revolutionary behaviour in the concept of masculinity.

This behaviour, the photographer tells us, is highly uncharacteristic of Haitian men, of Caribbean men.

Breaking the mold in the Caribbean

Indeed, men must face the challenge of coming to terms with a rapidly changing social environment in the Caribbean. There is a greater need to embrace a more comprehensive understanding of gender equality as a fundamental and integral component of genuine democracy.

Masculinity is not immune from the process of transformation and gender does not stand outside of social relations.

If we are to break free of the mental chains still shackling us since the days of enslavement, then there needs to be a critical evaluation of what is expected of men and how we might advance as men and women.

Zevallos remains hopeful, “Through my art, I want to show the varieties of self-expression that exists for men. I want to raise the Haitian voice and I hope that it will cause a ripple throughout the Caribbean and the world.”