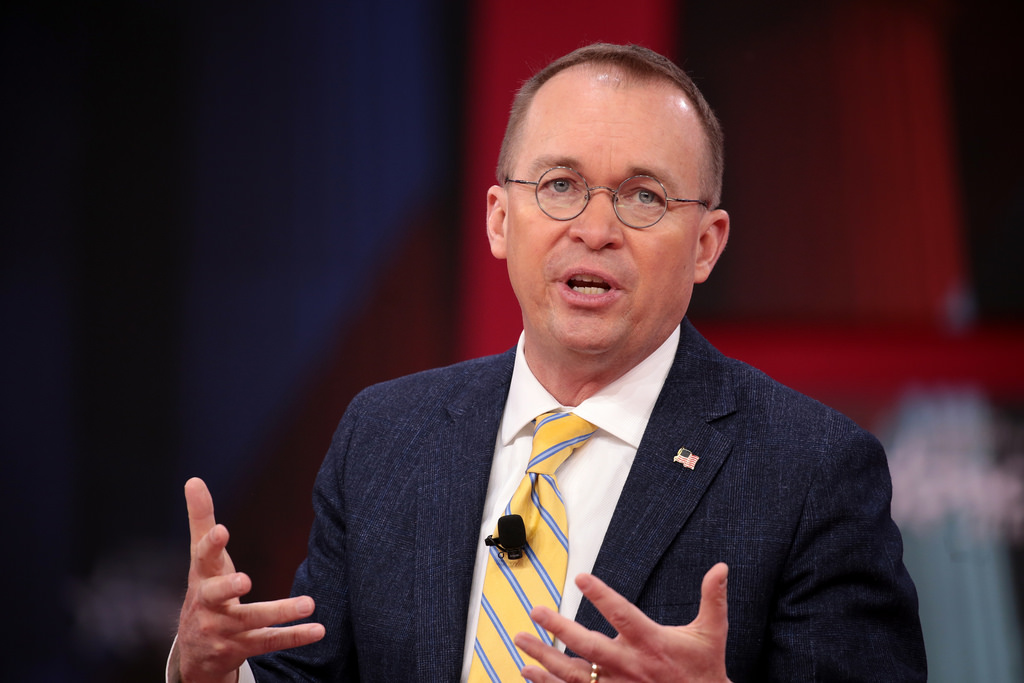 Mick Mulvaney, the acting director of the Consumer Financial Protection Bureau (CFPB), publicly said what many of us had long believed: corporate lobbyists have to pay to talk to their representatives in Congress or the executive branch. If they expect to have their views taken seriously by those in power, they have to be prepared to cough up the campaign contributions needed to get through the door.

Given the rules of engagement described by Mulvaney, it is hardly surprising that he is doing everything he can to undermine the purpose of the bureau he now leads. This includes suspending lawsuits and enforcement actions already in process and making it virtually impossible for the Bureau’s staff to initiate new actions.

He is clearly trying to give the financial industry a good return on their investment in his political career. In effect, he is telling the industry to do their best to find new and creative ways to rip-off their customers, and he will give them a government stamp of approval.

But there is some good news for those who don’t want to see more of the economy’s resources committed to rip-off schemes. The budget passed last month by New York’s legislature, and signed into law by Governor Cuomo, would create a state-managed 401(k)-type system which would cover every New York worker who does not already have a retirement plan.

While this part of the budget bill went largely unnoticed, it is a very big deal. Tens of millions of workers are approaching retirement with little other than their Social Security benefits to support them. While Social Security is a tremendously important and effective program, the benefits are not large enough to support a middle-class standard of living in retirement.

Most current middle-class retirees can count on some income from traditional defined benefit pensions. However, these pensions are disappearing rapidly in the private sector and are under constant attack in the public sector, where they are still common.

Few of the people retiring 10 or 15 years from now will be receiving any income from a defined benefit pension. This means their only supplement to Social Security will be the money that they have saved in 401(k)s or equivalent retirement plans.

Most workers are able to accumulate very little in these plans. This is especially true of lower paid workers who are less likely to have a job that offers retirement benefits. And even when workers do have a job with benefits, they may end up leaving before they qualify for a contribution.

Under the plan put in place in New York, workers who do not have a plan at their workplace would automatically have 3 percent of their pay deducted and placed into an account managed by the government. They would have the option not to have the money deducted. But if they do nothing, the default is that this money gets placed in their retirement account.

The state would piggyback on the expertise developed by the retirement system for New York public employees. This should allow it to offer good investment options at a fraction of the cost of private 401(k)s.

Many private plans charge fees of more than 1.0 percent annually, whereas a state-managed plan is likely to cost less than 0.3 percent of the funds under management. For a middle-class person who has accumulated more than $100,000 over their working lifetime, this difference can easily add up to $1,000 a year, or more. That is money that workers basically had been handing to the financial industry for nothing, but now would add tens of thousands of dollars to many workers’ retirement savings.

New York is following the lead of Illinois and California in going this route. If other states and the federal government follow suit, it can save workers tens of billions in annual fees, directly at the expense of the financial industry.

In a similar vein, Senator Kirsten Gillibrand introduced legislation to create a postal banking system. The plan is to have the Post Office offer basic checking and saving services. These services could save low- and moderate-income workers a substantial amount of money that they now pay to check cashing services. If a postal saving bank also can get into small dollar loans, it will be a low-cost alternative to the payday loan business that Mulvaney is trying to promote at the CFPB.

It would be ideal if we could count on government agencies to regulate industry rather than be ripped-off by it, but that is clearly not the way business is done in Donald Trump’s America. In this case, we can hope for more efficient public alternatives, which will take away the customers from Mulvaney’s campaign contributors.