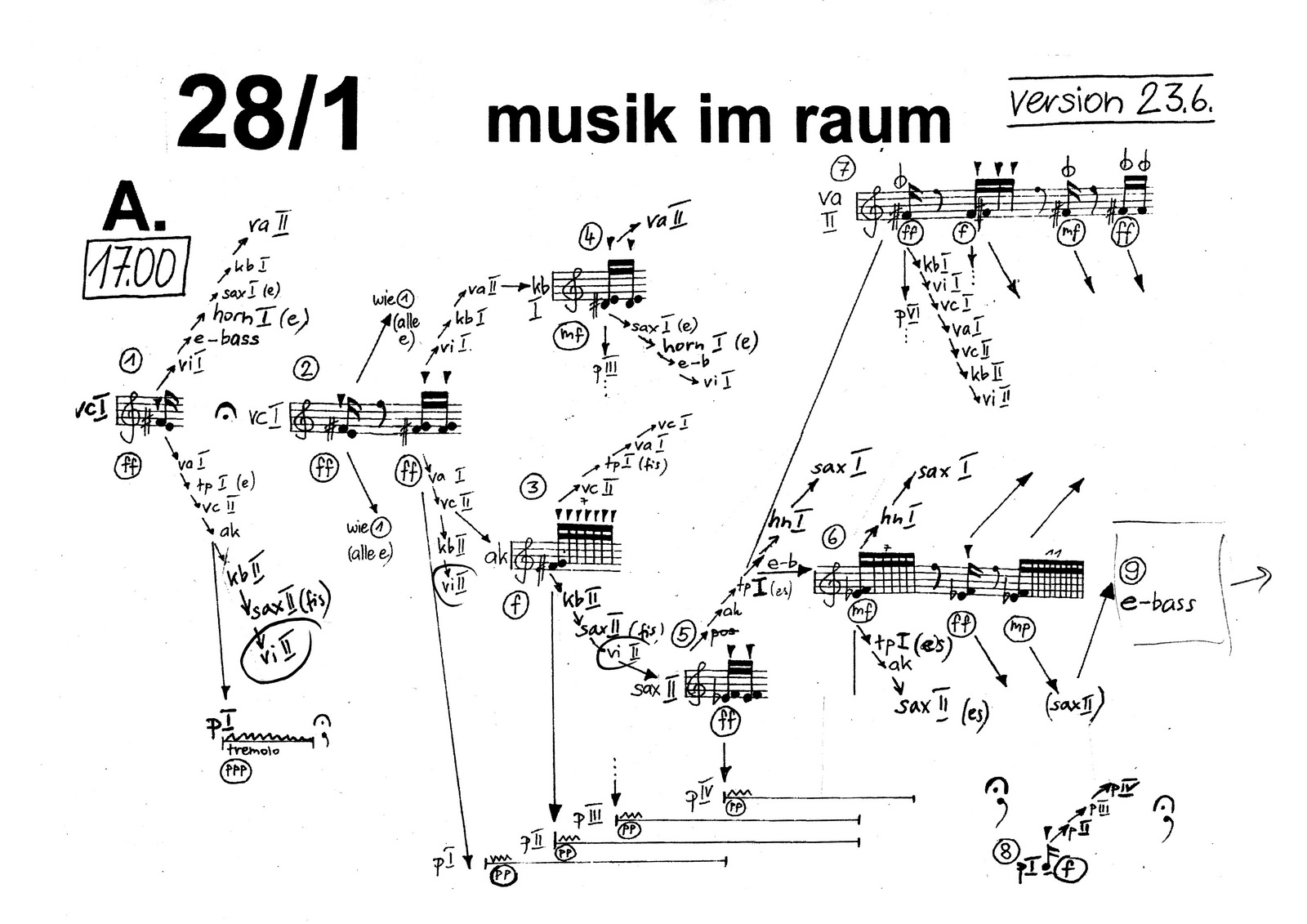 Really gorgeous; a combination of bitter and sweet, electric and acoustic, elegiac medieval and of the moment. A solo effort, Portuguese musician Maria da Rocha, based in Berlin, plays synthesizer and violin with various processors and pedal effects. She also plays viola on one track. There is not a whit of silence on the record, always the synth coats the sonic background like an underpainting, over which da Rocha improvises her sorrow and grit.

If we were looking for a genre, this recording would be more or less modern, minimal classical, but for the electronic effects, some rhythmic, but mostly not, which say: “electro-acoustic.” Not spacious like Cardew’s Treatises, it feels more like the backtrack of dance music if we remove all the pulse, time, and chord changes. Mostly the recording is experimental in the sense of testing out a narrow, refined range of tones and timbres, and working through the possibilities of texture for her violin. She paints sonic landscapes. It’s not pretty, nor particularly foreboding. We’re neither dancing, nor lying down. Standing still, the landscape changes incrementally, and if we notice the changes, it is usually too late.

The sound leaves impressions of dry leaves or, at other times, of water being sucked down a hole or washing over one’s mind, or of autistic machines at war with themselves, or of totalizing moods and the struggle for release, tone drones and the power to make and unmake them. It is a balancing which is neither painful nor saccharin, never the same, but never self-distracting. It might just be urban film music: Portraits of stark longing and finitude, and a grace that is permitted to us, we fallible humans.

The second track (Wave) offers soft pulses, subtle alterations, variations of tone and off-kilter, full but subtle bass pedal with occasional major assertions of a very classical, lovely violin line. Enter something like a card stuck in bicycle spokes which turns into an algorithmic pulse— head-bobbing if not fully danceable. Sustained electric highs, lows, rhythmic pulls in the mids. It feels like the ocean, but a machine ocean, an encompassing somewhat claustrophobic world bordering on brittle. The highs and extreme lows pull away, the bicycle stops spinning, only to re-enter and we’re left with the throbbing middle propelling us forward like a ship’s engine.

The music continues like nature’s algorithms. The brief third track (Diving) in one long motion rents the mind like a cello on fire. Bristling, roiling heat and love and anguish. In the fourth track (Lost), the violin cries over a sputtering, air vibrating into a close hollow sending out a pitchless flutter. She scrapes the strings with her bow, a haunting, jagged line descends and fades to a couple of life-support beeps.

The promo material accompanying the CD supplies some background with respect to a story of a beet and a witch, and perhaps those icons enable the music-making. On the reception side, as the record moves along, what he have is a mood. Serene but energized; calm but with intent, sometimes advancing a warning. There is no panic, but there is longing, desire, and danger.