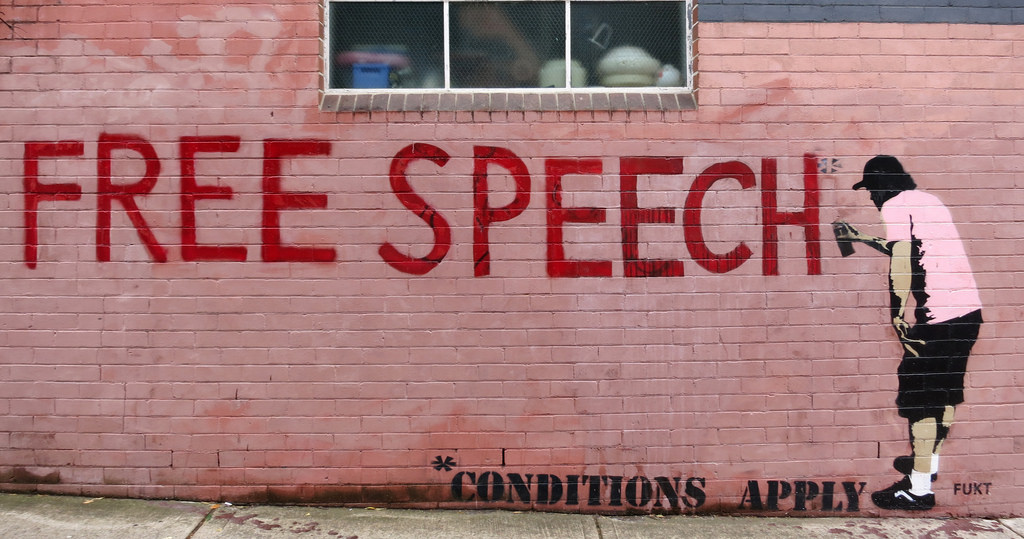 Critics, perhaps more than anyone, should know fair use. It’s impossible to review a book, movie, or a video game without using text or images from that same copyrighted work—that’s why fair use is so critical to free speech.

So a professional critic is the last person you’d expect to use copyright to try to squelch someone else’s fair use rights. But that’s exactly what happened last month, when James Grubb, a journalist from VentureBeat, used the Digital Millennium Copyright Act (DMCA) to censor a critic just for highlighting a few paragraphs of his work on Twitter.

On May 2, VentureBeat’s gaming section published Grubb’s review of a forthcoming video game, Red Dead Redemption II. His opinions on the game weren’t shared by everyone, which is no surprise. Another video game critic, Jake Magee, took a shot at Grubb on Twitter, suggesting he only liked games that contained “progressive political posturing.” Alongside that criticism, Magee posted screenshots from Grubb’s review—his goal was to show his followers the text that, as he saw it, supported his point.

That was apparently too much for Grubb, who promptly sent a DMCA notice to Twitter over the matter. Twitter soon slapped black boxes over the images that Magee had posted. It wasn’t until several days later that the boxes were removed and the post was restored.

How Much is Too Much?

What justified this copyright takedown, in Grubbs’ view? First, Grubb said that Magee posted his entire article in a screenshot, a post which, in his view, “crosses the line of acceptable fair use.” Grubb also suggested that he wouldn’t have taken legal action if Magee had simply included a link to his article.

This was wrong on all counts. First of all, as a factual matter, Magee had only posted a few paragraphs of the story. (Grubb later said he made a mistake in this regard). Second, even using an entire work often can be fair use. The four-part fair use test balances a variety of factors, including the nature of the use and the effect on the copyright holder’s market. It does not focus solely on measuring the proportion of the work used. When courts do consider the amount used, they look to context. A critic might need to use a higher percentage of a poem or a photo, say, than a novel.

The fair use case law bears this out. In Katz v. Chevaldina, for example, a court found that a blogger’s re-publication of a photo was fair use. In 2014, a New York appeals court upheld Bloomberg’s publication of an entire transcript of a confidential phone call, in Swatch v. Bloomberg. Other examples abound, including Going back further, in the 1992 case Sega v. Accolade, a court found that use of an entire software program can be fair use (in that case it was for the purpose of reverse engineering).

Finally, while linking to the work one is discussing is a common practice online, there’s no obligation for anyone to do so.

Journalists and critics should know the basics of fair use. It’s a right that their work relies on. At the very least, before a professional critic uses the DMCA to have another critic’s material removed, a double-take is needed on fair use.

Because that didn’t happen here, we’re adding the VentureBeat Twitter incident to the EFF Takedown Hall of Shame.