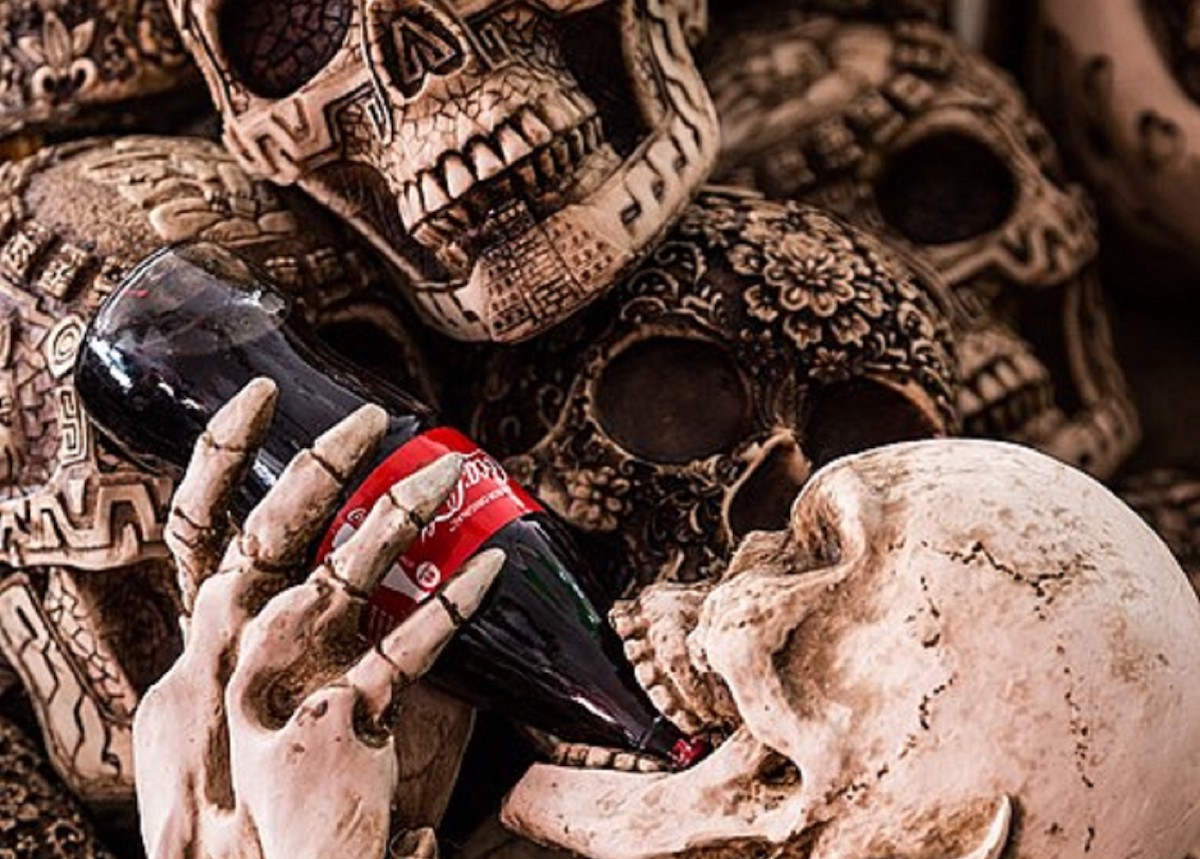 On July 28, 2010, the United Nations (UN) passed Resolution 64/292 declaring water and sanitation a basic human right. [i] Unfortunately, this right has been largely denied to people across Mexico as big business and the Mexican government hop into bed together at the expense of the country’s citizens.

The Coca-Cola bottling plant in San Cristóbal de las Casas, in the southern state of Chiapas, has come under fire after The New York Times published an article exposing the role of the company in the region. Because the local water supply is essentially nonexistent, the people of San Cristóbal de las Casas have become solely dependent on Coca-Cola products for hydration. Their consumption of Coke’s sugary soda in place of water has led to serious health complications, such as diabetes, among the general population. [ii] This concerning issue is indicative of a broader trend of government culpability in corporate exploitation of natural resources and inaction in the face of citizen need.

The people of San Cristóbal de las Casas are dependent on Coca-Cola economically, culturally, and for hydration; this multifaceted reliance poses a challenge to the resolution of the hydration issue.

Potable, running water is scarce in the town of San Cristóbal de las Casas—to the extent that townspeople are forced to either buy water from private water trucks or simply drink the vastly more accessible Coke. While the Coca-Cola bottling plant has permits to extract more than 300,000 gallons of water a day from local water sources, the people of San Cristobal only have limited access to surface water—a dwindling resource due to climate change. As a consequence, townspeople in the area drink, on average, more than two liters of soda a day. [iii]

Unfortunately, the people of San Cristobal have little recourse to end this shortage of vital resources. Not only is the population dependent on Coca-Cola for hydration, it is also economically dependent on the local bottling plant. The plant employs about 400 people and contributes nearly 200 million USD to the state economy. [iv] Without this source of economic stimulation, poverty in the area would worsen.

The company has cultivated a historical system of dependence that pervades every aspect of the locals’ lives—including religion. In the 1960s, marketing campaigns targeted indigenous communities—such as the Tzotzil—and worked the soda into their religious ceremonies in the area, many of which are still used in Catholic-Mayan religious ceremonies. These predatory ad campaigns ingrained the soft drink deep within local communities and has had lasting consequences for the health and wellbeing of San Cristobal’s people.

This issue with Coke is not a new phenomenon. In 2017, Chiapas locals found themselves in a similar situation. The indigenous community of San Felipe Ecatepec had to walk two hours to get clean drinking water while the FEMSA-owned bottling plant nearby used an average of 1.08 million gallons of water a day. [v] In response to this troubling situation, the UN released a report detailing the unsuitable conditions of the community and implored the Mexican government to improve water provisions and sanitation for the people of San Felipe Ecatepec and all of Mexico. [vi]

More concerning than Coca-Cola’s corporate vice grip on these Chiapas communities is the government’s complicity. In the past, the Mexican government has invested few resources into the development and sustainability of water provisions and seems to be more willing to negotiate with businesses than help its people. [vii]

Government inaction regarding water has been a common theme in Mexico in recent years. According to the National Water Commission (Conagua)—which is responsible for the allocation of water—9 million Mexicans do not have access to potable water, and at least an additional 10.2 million do not have basic sanitation infrastructure in their homes. This issue of water unavailability is further compounded by budget cuts to municipal water suppliers and unmaintained, crumbling water lines that leak large quantities of water. Due to this lack of basic accessibility, citizens in 29 million households rely on fairly irregular water delivery services. [viii]

Critics of Conagua, such as Pedro Moctezuma, coordinator of the Water Sustainability Program at the Metropolitan Autonomous University (UAM), believe that the organization is to blame for the severe mismanagement of the vital resource. Moctezuma has suggested that Mexico’s civil society should be brought into the discussion regarding government policies that impact the availability of water—a resource widely regarded as an inalienable right. [vix]

So far, the wishes of the Mexican people have been overlooked in favor of more lucrative government dealings. Many Mexicans only have access to the surface level water supplies, while large corporations have the resources to drill for water. Though the people have asked the government to drill deeper wells for them, the government has failed to allocate the investment needed to fulfill such reasonable requests.

In another concerning development, President Enrique Peña Nieto signed ten government decrees on June 5 that seek to remove bans on 500 hydrological basins, approximately 55 percent of Mexico’s lakes and rivers. [x] This means that there will be no obstacles for extraction—which would seem to make drinking water more accessible for Mexican citizens. However, some are distrustful of the government’s intentions with these decrees and see them as potential to open a path for the privatization of water. [xi]

Prominent supporters of the decrees include the President and CEO of the World Wildlife Foundation (WWF) in Mexico, Jorge Rickards and Carter Roberts respectively. While on the surface, the support of such individuals seems promising for conservation and improving the provision of public water, upon closer inspection, the motivation of the group may not be so pure. The WWF has been a close partner with Coca-Cola since 2007 and Coke has contributed significant funds to WWF projects. [xii] Coca-Cola’s involvement in the organization casts suspicion on the motives of the WWF considering that the removal of extraction barriers would potentially benefit Coke operations in Mexico.

Skeptics of the benevolence of the decrees also speculate that the loosening of water access will be used for the monetary benefit of both private corporations and the government. [xiii] According to Rodrigo Gutiérrez, a researcher at the Institute of Legal Research of the National Autonomous University of Mexico (UNAM), the decrees have converted prohibited basins to public use so that anyone, even private companies, may access it as long as it is deemed “public usefulness” by government authorities.[xiv] This provides a concerningly open path for the granting of concessions by Conagua to countless private companies for basin access, further robbing the Mexican people of such an essential resource.

In light of Peña Nieto’s decrees and the strong presence of corporate powerhouses such as Coca-Cola, the future of water rights in Mexico is murky at best. Superficially, the removal of access barriers seems to be helpful, but since the decrees do not provide clear and actionable solutions they will likely not improve the endemic water problems across Mexico, especially in places such as San Cristóbal de las Casas. It is up to the Mexican government to step beyond simple words on paper and undertake concrete, physical infrastructure projects to improve water availability for its people. Until then, their decrees will only be hollow attempts to mask their prioritization of economic gains over basic human rights.

[vi] “OHCHR | UN Expert Calls on Mexico to Urgently Expand and Improve Water and Sanitation Provision for All.” OHCHR | Convention on the Rights of the Child. Accessed August 12, 2018. https://www.ohchr.org/EN/NewsEvents/Pages/DisplayNews.aspx?NewsID=21618&LangID=E.

[viii]”Water: A Crisis That Affects Millions of People and Can Only Get Worse.” Mexico News Daily. March 25, 2017. Accessed August 12, 2018. https://mexiconewsdaily.com/news/water-a-crisis-that-can-only-get-worse/.