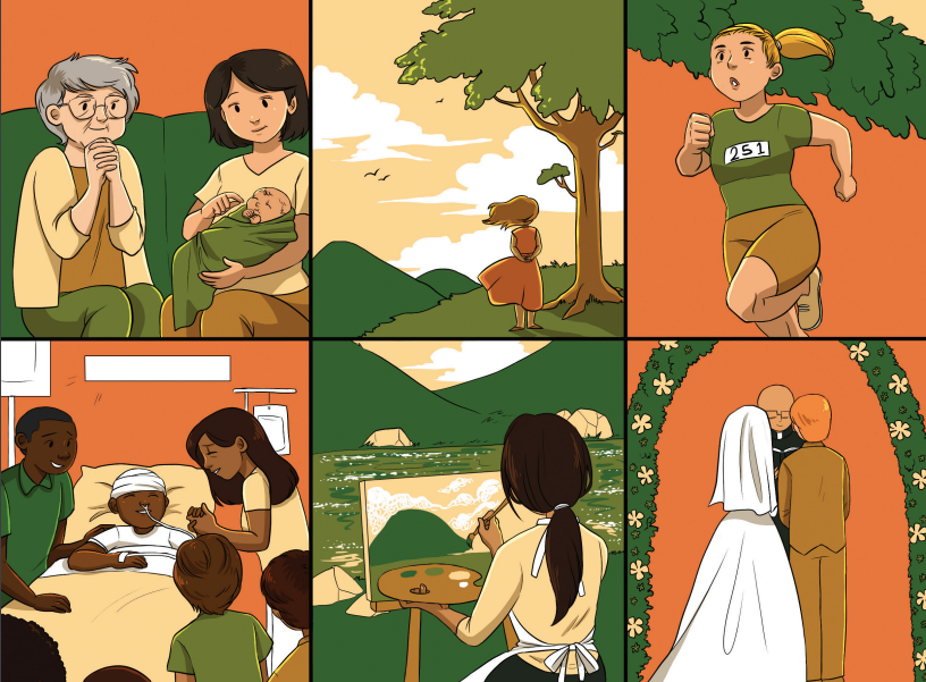 The emerging field of comics studies continues to wrestle with the central question, “What is a comic?” Put ten comics scholars in a room and that question will come up pretty quickly, with ten different ideas all vying with one another. And yet another definition will probably emerge from that discussion, fuelling the ongoing debate about the nature of the medium.

Far from being embarrassed about the difficulty of defining their object of study, comics scholars revel in it. In such a diverse field, everything is up for grabs. There are few orthodoxies to restrict, and certainly none to respect. The debate is lively, exciting and exhilarating.

The study of comics is permeable and fluid, and long may it remain so. The medium is mercurial, alive, and invites the reader (and scholar) to engage in debate. To read a comic is to engage in an act of play and problem solving. The relationship between word and image, the sequence of panels on a page, and the non-linear nature of the reading experience all engage the reader in unique and challenging ways. As comics scholar Charles Hatfield once proclaimed, it is the “art of tensions”.

Comics play with time and space. Panels are not like photographs, capturing a single moment in time, rather they have internal sequences. When characters speak, the image appears frozen, but the text presented in word balloons gives the characters an animated quality. To use the well-worn comparison between comics and film, a panel is not the equivalent of a still image from a film, as might be supposed, but rather a shot.

Several panels – and therefore different moments in time – are presented simultaneously on a page, requiring the reader to develop a system for understanding how each page and each comic communicates meaning at a formal level. And this is before we even tackle issues of individual artistic style and the unique visual language, or accent, that each comic presents.

This points to something that most comics scholars can agree on: there is an enormous and little understood power to the way comics communicate meaning, and particularly how they engage the reader in ways that can teach them about themselves. Comics pose questions for the reader not just about what they understand and what they take from a comic, but also what they bring to a comic. The medium is highly effective at holding a mirror up to the reader.

In one way or another, comics have always been with us, whether scrawled on ancient cave walls, springing from the “Funnies” sections of newspapers, or lighting up our phones on daily commutes. But if comics are mirrors, they are also riddles, engaging the reader in debates about the world and allowing them to examine their own feelings about things.

From Little Nemo in Slumberland to Batman and Calvin and Hobbes, comics teach us, and help us teach ourselves, about what it means to be human. As Dundee comics lecturer Golnar Nabizadeh has noted:

The complex and nuanced construction of comics places a creative ‘burden’ on readers as they bring a range of visual-verbal references and associations to support their interpretation of the text. The textural qualities of comics, their particular aesthetic and verbal strategies through which their stories are conveyed, frequently articulate detailed and counter-historical stories that embed a pedagogical mission within their pages.

Reading comics, as much as researching, teaching or creating them, is inherently a learning experience, driven by the multi-layered and complex questions and problems posed not just by the stories, but by the formal operations of the medium itself. The once common phrase, “I’ll see you in the funny pages” (an affectionate and slightly mocking farewell, suggesting that the recipient is a cartoon character) contains an essential truth: we do see ourselves, and each other, in the funny pages.

The interactive nature of the medium draws in the reader. Little wonder then that comics that deal with real-life issues, whether in the form of autobiography, documentary or public information narratives, have remarkable power and appeal.

Research networks like Graphic Medicine and Graphic Justice are starting to develop frameworks for understanding how comics can intervene in debates about healthcare and social justice. Here at Dundee, we are working on a new initiative that explores the power and efficacy of public information comics. Researchers and artists are working together to produce comics on topics such as fibromyalgia, disability hate crime, heart disease, suicide awareness and most recently, organ donation.

Our latest comic, The Gift, shares the heartfelt stories of individual patients and their families affected by organ and tissue donation. Inspired by the death of Dundee lecturer Mayra Crowe’s son, Andrew, whose organ donation renewed the lives of nine strangers, the comic aims to get school-age children and the public talking about this kind of life after death. Using the questioning and introspective nature of the medium is an engaging and immersive way to open up difficult subjects for discussion.

Long before interactive media was a buzz phrase, comics have been offering playful narratives, treating stories as a mode of gameplay and investigation, all the while posing questions about how we see the world and how we project ourselves into it.

Comics are inherently discursive, constantly posing questions and problems, but they are also fun, subversive and challenge convention. This is why the term “comic” still best describes the medium. Alternative terms, such as “graphic novel” and “sequential art” grapple for respectability and miss the point. Comics are play. This mercurial fusing of ideas is one of the reasons the medium is so effective as a means of communication, education and self discovery.

Christopher Murray is Professor of Comics Studies at University of Dundee