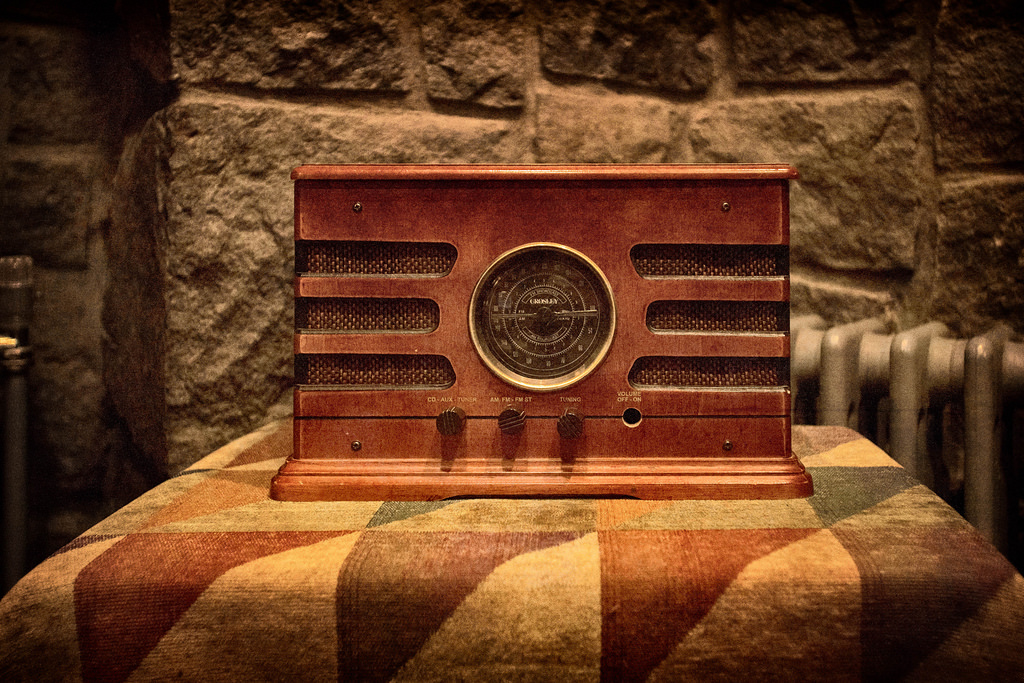 2017 was a difficult year in my tiny corner of the audioverse. It opened with the closing of Jim French Productions, then the death of my teacher Pat French, a tribute to whom was my last radio drama column for The Seattle Star. Shortly thereafter, I received the painful news about the death of Bill Hollweg. Losing Bill was extremely hard, not just for me and all his friends, but anyone who’d ever been touched by his work with Broken Sea Productions. And to top off the rubbish year, Pat’s husband Jim French himself died that December.

Beyond the personal level, too, there were plenty of other life changes in audio drama land, and not for the better. Many long-running podcasts and radio shows either ceased or were lost to “podfade.” That list is always long and seldom affects me. It’s just business as usual. But one in particular did: After ten years, the long-running Chatterbox Audio Theater ended transmission. To last as long as they did, to operate at such high quality throughout their 100 productions over that span — let’s just say there has been almost nothing on their level in the past decade. Jack Ward at The Sonic Society wrote them a fitting tribute, so I won’t add to it here. I can only say they will be, and are now, greatly missed.

Yet for all of that, 2018 held real promise too. Mainstream media had begun to pay attention to audio drama throughout 2016–17, with various pundits surprised by the “new” phenomenon of “fictional podcasts” — you know, those things that have been around since Dave Winer and Adam Curry decided to put together MP3 files with RSS syndication in 2004. While I hardly associate media coverage with relevance or even quality, such coverage nevertheless shows that “fictional podcasting” — otherwise known as “audio drama” — is still around and still worthy of readers’ attentions.

Over all that time I’ve been keeping up with audio drama, of course. It is the same as ever in many ways: a steady flow of mostly insubstantial, dismissible fluff along with some genuine garbage and occasional brilliance. Just like any other art.

So why return to writing about it now? I don’t have a big answer for that. Even though the art hasn’t really changed, I have. I’ve discovered that I still have some things to say about the art and craft, and even a thing or two about what W.H. Auden would call throwing light “upon the relation of art to life, to science, economics, ethics, religion, etc.” I’ve also begun to think that it is necessary to put these thoughts down in some more or less permanent form.

One of my main concerns at The Star has always been the importance and health of the global commons, and the Creative Commons in particular. Yet despite the over 1.4 billion works of art that carry a Creative Commons license, many of which are audio drama podcasts and scripts, very little has been written on the subject. Seems like this column is the place to start that exploration.

I’ve also in my brain a wide range of things that interest me: international radio drama from Europe, Asia and especially Africa; the psychology of sound; a list of vows for audio drama producers; the place of audio in an allegedly visual world; a list of people to interview; the experience of time through sound only; and a host of other topics. Whatever their nature, shape, and scale, those ideas will find their way into this column again soon enough. If you’re willing to take the ride, I’m willing to share your time.

In short, I’m back. And it’s been too long. Time to get down to business.