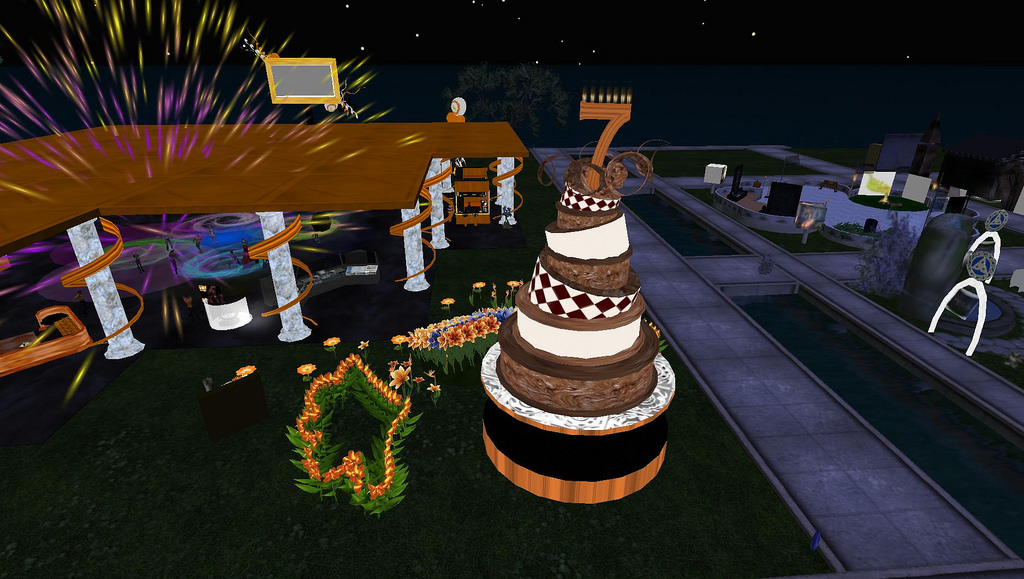 Yesterday, the United States had its first Public Domain Day in twenty years. Finally, two decades after the Sonny Bono Copyright Extension Act, the moratorium on work entering the public domain has been lifted. Every year hereafter the public domain will expand slowly as 95-year-old works enter into the commons.

It appears, too, that we in the USA will see some sensible copyright reform in the land of sound recordings. The Music Modernization Act finally creates an actual public domain for sound recordings that were formerly lost in a labyrinth of incomprehensible state laws without any federal protection at all. Even more importantly, the MMA provides for noncommercial uses of unavailable commercial recordings before their copyrights expire.

The new parent company of Flickr, SmugMug, announced they will not delete any of the 400,000,000+ Creative Commons-licensed photographs on Flickr’s site as they restructure their free and pro accounts.

Creative Commons licenses continue grow, with over 1.5 billion licensed works available. The new Creative Commons search tool promises to make it much easier to find all of this material once it is out of beta.

All this is good. Yet I am wary.

The copyright to Steamboat Willie, i.e. the Disney property that has driven the most ridiculous extensions of copyright in the US, expires in 2023. Despite the currently blasé attitude of the RIAA and MPAA toward another extension, I remain convinced that a battle is coming.

Despite Ars Technica’s insistence that “the public would fight back” now, I find it difficult to believe that the public even understands what is at stake. The public continues to lie down on the issues of DRM, link taxes, open access in education, and a host of other things. Why would this be any different?

My own dealings with the public of Seattle suggests there is very little interest in the public domain or the commons. Over the past year The Star has held numerous Creative Commons events all over town: six literary readings, three concerts, two workshops, a gallery show, and a film screening. Attendance has been spotty at best. Readership of our articles specifically about commons-related issues is less than one-quarter of readership of poems and stories — and we all know everyone hates poetry.

I’d chalk that up to our own failures in marketing if I didn’t continue to encounter blank stares whenever I mention the commons at other events as well. Whether it’s a Washington Lawyers for the Arts event, or a workshop about publishing, or a talk at MoMA, no social event I’ve attended in Seattle over the past couple years has dealt with the commons directly, and I’ve yet to encounter anyone among our allegedly hip civic scions who knows much if anything about the subject. This ignorance seems to be even greater among those under 35, for which I completely blame those over 35 for not pressing the issue and simply expecting people to care.

Meanwhile, for all the good news I’ve mentioned, the Music Modernization Act is still a bit of a mess. It will be 2023 before anything covered by it hits the public domain. Most recordings will have received a copyright protection of at least 110 years. Our celebration of the first real Public Domain Day we’ve had in the USA in twenty years should remind us that copyright terms are still far too long and that the law remains broken in absurd ways — not least of which is the fact that no one gets to opt out of it.

As a journalist there is precious little I can do about any of that. What I can do is to help fix the other thing broken in world of the commons: the user experience.

One of the reasons why the commons is a non-issue to most people is because the commons rarely calls attention to itself. This leads to some problems:

Under these circumstances it is difficult to make an argument for the public domain or public commons. Journalism should seek to redress this by both protecting and promoting the commons to the lay user. It’s difficult to understand copyright law, for instance, but it is very easy to understand how people feel when books are remotely deleted from their Kindles and websites are routinely blocked from them because some moneyed yahoos in another country think it should be.

To that end, I think The Star should redouble its efforts toward promoting the commons and the public domain. We need to dig a little deeper and proselytize a little more. We could also stand to do this more locally.

Seattle is the belly of the beast in many ways. We live amid the grotesque results of technological capitalism, alongside corporate monstrosities who make all their money from locking up ideas or trolling those who have new ones that might just possibly maybe tangentially resemble an old one that is patented. In Silicon Valley, a techno-libertarian counterweight to this grotesque is highly organized — why else would the Creative Commons and Internet Archive offices be located there? Seattle has nothing on that scale to offset the rampant globalized greed that drives the Second Enclosure Movement of intellectual “property.” For that reason, it is more important to seek out and promote that very small group of people here who do serve as “countervailing forces,” as John Kenneth Galbraith would put it.

We will continue to host Creative Commons events, because whatever puts a human face on the commons can only help. We will also try to humanize the abstract concept of the commons in other ways, by bringing people together with Creative Commons, GPL, and other sharing-licensed work for their education, delectation, amusement, and coolness. Our derelict Thing of the Week column will return soon. We have other things in store, too.

I can’t do all of this without support. Memberships are nice (they help me pay contributors) but work is even better. I am always looking for new writers, artists, cartoonists, and all-around creative people to contribute, both frequently and infrequently. If you have ever wanted to put your thoughts into The Star, you should. I’m a nice guy to write for.

It’s been seven years but it often seems like yesterday. We’ve done much, but there is much more to do. I look forward to another seven years of a bright, starry future, and I hope you will continue to join us on our journey.