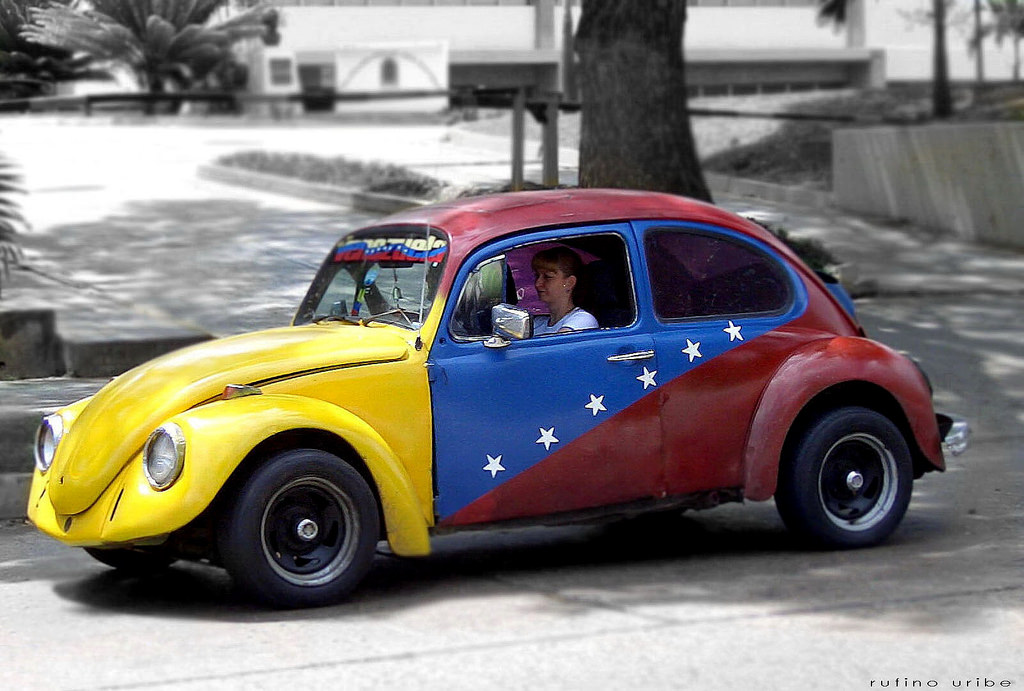 When Juan Guaidó, the president of the opposition-controlled National Assembly, invoked Article 233 of the Venezuelan Constitution to take the executive’s powers temporarily, a new chapter of the Venezuelan political conflict began.

For those in favor of Nicolás Maduro, Guaidó is attempting a coup d’etat with the help of the United States. For those against him, Guaidó is merely following the 1999 Bolivarian Constitution itself, drafted shortly after Hugo Chávez’ first electoral victory.

As a bitter dispute between the two perspectives unfolds on social media, difficult questions emerge: Is Guiadó’s strategy legitimate? How different is it from past attempts by a foreign-back opposition leader to undemocratically seize power in a Latin America country? Will it facilitate a peaceful government transition in Venezuela? Will it put a stop to the human rights abuses, the democratic breakdown, the economic catastrophe?

And, perhaps more importantly, what role will Venezuelans themselves play in such transition?

To begin answering those questions, one should probably start with the widely condemned 2018 presidential elections, whose results handed a second six-year term to Maduro.

The poll had been initially scheduled for December 2018, but it was suddenly hastened to take place six months earlier, allegedly because Maduro wanted to take advantage of the momentum following the successful — and also highly controversial — 2017 municipal elections.

The new schedule was met with objection by some international bodies, including the Organization of the American States (OAS), the European Parliament, and the Lima Group, who’ve all adopted resolutions reprimanding it.

On the eve of the elections in May, the Inter-American Commission of Human Rights, an OAS-affiliated body, released a document “expressing profound concern over the lack of minimum necessary conditions to hold free, fair and trustworthy elections in Venezuela.”

The document highlights the CNE’s (Venezuela’s electoral council) disqualification of opposition parties based on reasons, it states, “that is not established by law”. The government’s justification was the opposition had boycotted previous mayoral elections.

The document also stresses how the accelerated timeline obstructed participation by new voters and Venezuelans who live overseas.

Article 233 stipulates what should be done if the president dies, resigns, is ousted by a Supreme Court ruling, is deemed incapacitated by a medical body designated by the Supreme Court, or abandons the post. That last provision is what, in theory, sustains Guaidó’s claim to the presidency: that the post was left “vacant” after the illegitimate 2018 elections, and therefore Maduro was, starting on his inauguration on January 10, “usurping” it. In this case, the president of the National Assembly must take office temporarily and call new elections.

So call it what you want: attempted regime change, a putsch, a “soft” coup—the military hasn’t supported it—just don’t call it constitutional. The opposition strategy is based on Article 233 of the Constitution, which grants the National Assembly the power to declare a president’s “abandonment” of the office. Of course, the kicker is that Maduro hasn’t done anything of the sort, and only the Supreme Court can disqualify sitting presidents.

In contrast, Venezuelan scholar Paula Vázquez says that calling Guaidó’s move a coup d’etat is “irresponsible.” In an interview with French outlet l’Obs, Vázquez said that such use of the term was “manipulating [public opinion…].” She goes on and asks how can Guaidó’s move be considered a coup d’etat “when there’s no use of force? Without the military?”

Many supporters of Guaidó have taken issue with the media describing Guaidó’s move as a “self-proclamation.” Writing for local website Prodavinci, Constitutional lawyer José Ignacio Hernández said: “when he took oath on January 23rd, he ratified that he would comply with his duty imposed by Article 233 in the Constitution: take charge of the Presidency of the Republic since there’s no elected president in Venezuela.”

“This is is not a left-wing, right-wing conflict”

When heads of state in the United States, the European Union, and Latin America recognized Guaidó as Venezuela’s legitimate leader, many people have expressed fear that their decision bore the hallmarks of a foreign intervention. For this camp, Venezuela was about to star in yet another chapter in the long history of United States-backed coups in the region. However, many others see the regional support to Guaidó as a compassionate, internationalist response to a regime that in many ways harmed its people.

In an open letter published in media outlets in Latin America and Europe, 120 Latin American and European academics stated that the National Assembly’s actions, together with foreign interventions, would “deepen the crisis and it would unleash an armed conflict.”. That would make Venezuela become “prey to foreign interests, as it has happened in other regions of the world as a consequence of imperialistic interventions”.

But for France-based Venezuelan scholar Pedro Sánchez, who I’ve spoken with via telephone, it isn’t plausible to frame the Venezuelan conflict in light of the 20th-century experiences of Cuba or Chile. He says: “The imaginary tale around the relationship between Latin America and the United States is so powerful that we even forget that in this particular case there are other countries involved.”

For Sanchez, the White House’s position on Venezuela contrasts with its migration policy, chiefly represented by Trump’s proposed border wall with Mexico, or the military deployment to the US south border top the so-called “migrant caravan” coming from Central America. “Indeed, in the 1960s and 1970s there was this way of doing things, but that’s not what’s happening right now. In our hypothesis, there is a big distinction in Trump’s [Venezuela strategy] and the rest of his foreign policy”, he said.

However, he says that we’re also “witnessing a shadow theatre of sorts,” meaning that the public knows little of what’s happening behind the scenes.

“We’re not in the 60s and 70s anymore. Why is this happening today, and not before? […] Because now, the US can only do things inasmuch as there is an alliance of neighbouring countries to back it up”, he added.

The Venezuelan crisis has deeply impacted the region, with around 3 million Venezuelans leaving the country, impacting, among many other things, the region’s health conditions.

…This is is not a polarized left-wing, right-wing conflict anymore, and it hasn’t been so for at least two years. [We can’t say] that both sides are responsible for the hardship and the human rights violations we’ve been through […] Unfortunately, these critics and intellectuals can’t appreciate this change of paradigm, or the efforts made by the political parties from the opposition, because their diagnosis is too conditioned by a leftist ideology rooted in the 20th century, where anti-imperialism is favoured over human rights.

Collective Venezuelan site Caracas Chronicles launched the campaign #AskAVenezuelan, through which they encourage Venezuelans to respond to analyses made by foreign commentators.

#VENEZUELASPLAINING is the new tendency in social media, where people who have never lived in Venezuela, nor are Venezuelans, try to explain Venezuelans what according to them is happening in Venezuela https://t.co/6qsRWmiXJX