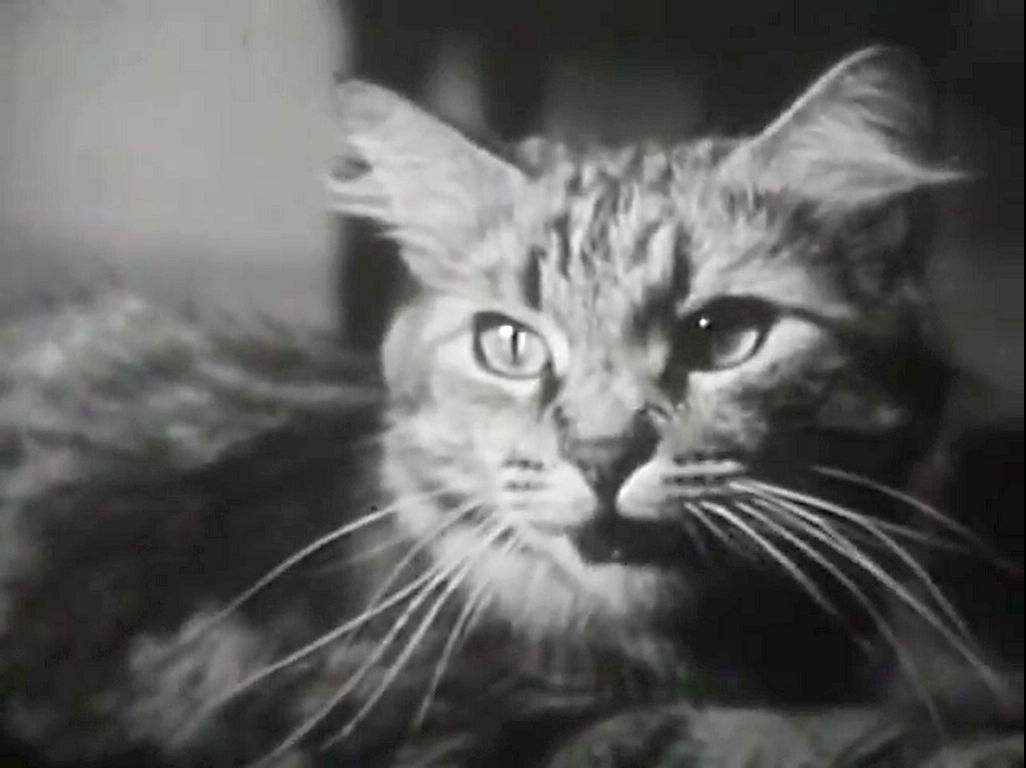 This week we draw upon our publisher’s vast trash heap of knowledge about experimental film to bring you Alexander Hammid & Maya Deren’s short film, The Private Life of a Cat.

In a world positively puking up cat videos, The Private Life of a Cat stands out as a thing of its own. Sure, it’s cute on some level and it has kittehs, but it isn’t that simple. When it was first shown at Amos Vogel’s Cinema 16 in 1947, it was banned as obscene because it shows kittens being born. It’s also the subject of some dispute among film scholars who it was actually made the film.

Most film scholars attribute it completely or almost completely to Alexander Hammid. But Stan Brakhage credits Maya Deren for quite a bit of it:

There are those who disagree with me on the extent of Mayaʼs involvement with shooting this film, but in my opinion only Maya can be responsible, for instance, for those angularities of shots which go up to indicate the cupboard where the mother cat is looking for a place to have kittens. Itʼs only Sasha who could have made the image where the camera starts with the catʼs eye and lifts as with the wings of Phoebus (or the very best of Hollywood dolly shots) up over a box and ends
in a superbly crafted composition.

Making things even more complex is that the version most people see is the two-reel, silent version. But the original is a 30-minute version with a soundtrack and narration by Maya Deren.

All that said, it’s also a cat lover’s dream. Because, you know, kittens. So there’s lots of ways, and lots of reasons to appreciate the film. There must be, because it’s one of the most viewed films in the Prelinger Archives.

Watch The Private Life of a Cat at the Internet Archive here.