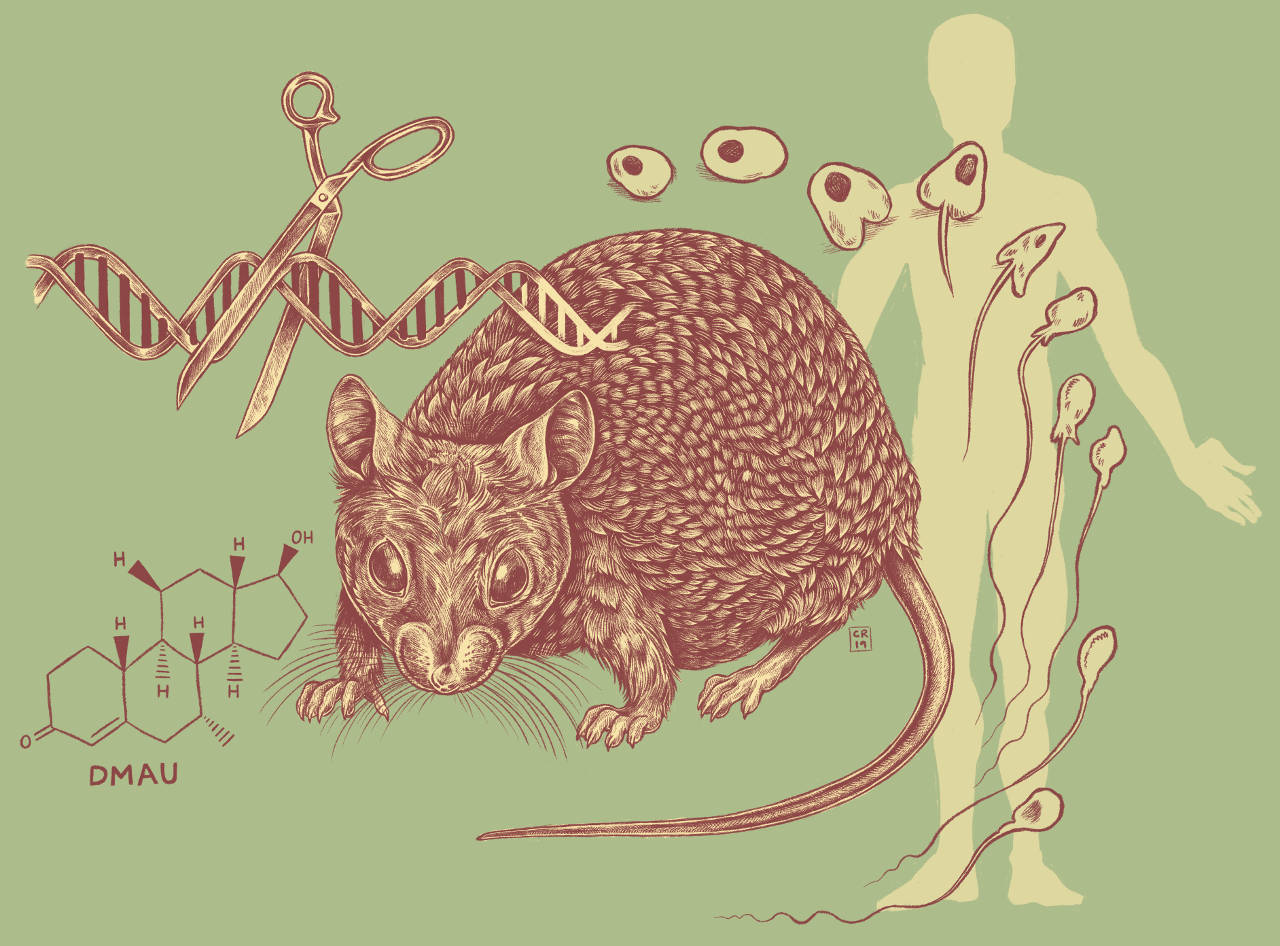 Family planning is an important component in many relationships; this includes preparing for planned pregnancies and navigating ways to prevent unplanned pregnancies. Since prescription-based birth control hit the market, women have mainly been responsible for taking “the pill” and utilizing other methods of pregnancy prevention, such as cycle monitoring, rings, and patches. In December 2018, the CDC released data indicating the pill was the most commonly used form of birth control (12.6%) after sterilization (18.6%), with long-acting reversible contraceptives (LARCs) like intrauterine devices (IUDs) trailing closely behind (10.3%), followed by male condoms (8.7%). With new advances in reproductive health research, a similar breadth of contraceptives is becoming available for men, which will soon give men more family-planning options. Western societies have recently pushed men to take larger roles in raising a family, ranging from paternity leave to being stay-at-home dads, and others beyond and in between. Developing additional options for male contraceptives will give men and women, both in relationships and as singles, more options when it comes to planning for children or preventing pregnancies.

There are a few commonly used contraceptive options designed to manage male fertility. One option is an invasive surgery called a vasectomy. In a vasectomy, the vas deferens, the tube that carries sperm to the ejaculatory duct, is cut, stopping sperm from entering the semen. Reversal of this procedure is tricky, having a success rate of 40-70%. A second, and reversible, option is condoms which are 98% effective when used correctly, but that number drops to 85% with typical use. Improved options for male contraceptives would alleviate these issues of convenience, invasiveness, and reversibility.

“Many men say they would prefer a daily pill as a reversible contraceptive,” says Dr. Stephanie Paige, a lead researcher at the University of Washington. She is part of a team developing a new pill being tested to regulate testosterone levels in men. Testosterone is an important hormone involved in the sperm production process. Dimethandrolone undecanoate, or DMAU for short, is a modified version of testosterone. When introduced to the body in certain dosages, it lowers the level of a hormone essential for testosterone production and consequently lowers sperm production in men. This trial pill is a remarkable step in the field of male contraceptives, not just because it seems to be effective and in a convenient form, but because it is also easily reversible.

DMAU sounds like a promising option for a male contraceptive, so why haven’t we seen it at our local pharmacies yet?

First, the small study size of 83 men does not provide enough data to draw strong conclusions about DMAU’s effectiveness in men of different ages or ethnicities. It also does not allow researchers to confirm what dosages of the drug are the most safe and effective. A larger study is being planned by the same research team. Other male contraceptives in development include a hormone-based shot and a hormone-based gel, but, like many drugs, they come with their own side effects.

Along with reversibility, safety and effectiveness are additional aspects to consider when developing a contraceptive. Researchers need the pill to have as few effects as possible, given how widely it could be used. Men reported slight weight gain from DMAU, but this isn’t life threatening, and women commonly experience this side effect from female contraceptives. Men must be mindful that side effects are to be expected when taking any drug that interferes with the normal processing of hormones.

Another factor to consider is whether the male version of “the pill” will affect the sperm formation process long-term. By targeting sperm cells early in their development, sperm may not be produced correctly or at all. This may lead to a reduction in testes size, a physical effect generally unappealing to men. If the pill affects sperm cells later in development, it could target a critical function during fertilization- the sperm’s ability to swim. This means sperm would be produced but be unable to propel themselves to fertilize an egg. As of now, researchers do not know how DMAU impacts sperm formation, an answer that may affect short-term and long-term fertility.

To learn more about sperm development, researchers in Dr. Chen Chen’s lab at Michigan State University are working on a genetic approach to look at sperm production. To do this they use a gene knockout model in male mice. Think of “knockouts” like taking apart a car and then putting the car back together, except for one piece. Would your car function the same? Maybe the wheel would not turn anymore, or the engine would not start? Would a male mouse be fertile after the removal of an essential gene? Mouse genes are relatively similar to human genes, so mice make great models for infertility and human health studies in general. The Chen lab hopes to identify a target for a male contraceptive pill using these genetic models.

Although it may take some time researchers are getting closer to developing oral male contraceptives by taking careful steps in the right direction. Dr. Paige and Dr. Chen are just a few of the researchers advancing the field of male reproduction. Men hold equal importance and responsibility when it comes to fertility control and family planning, so it’s important to have a variety of safe options available for them. A better range of options can help distribute the accountability for outcomes related to reproduction.

This piece comes from the folks at University of Michigan’s MiSciWriters, who rock. Up the SciComm!