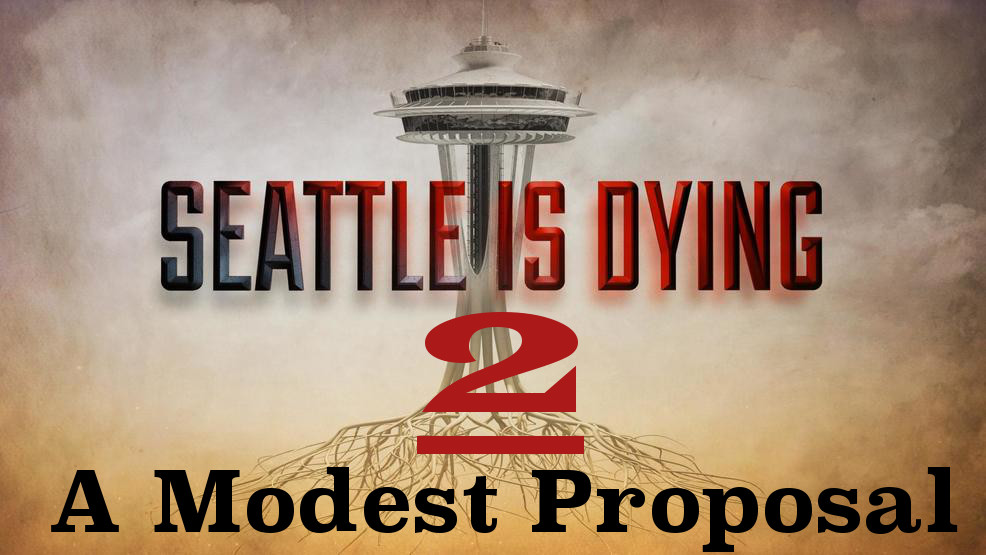 KOMO News 4 announced this morning that, due to popular demand, the news organization will expedite the release of “Seattle Is Dying 2: A Modest Proposal,” a follow up documentary regarding the search for sustainable answers to the issues raised in the first installment.

“This is really exciting,” exclaimed Eric Johnson, the KOMO News Anchor and producer of KOMO’s “Seattle Is Dying,” which became the cause of heated exchanges among both critics and supporters of the opinions espoused in the program. “In the weeks since the original ‘Seattle Is Dying’ news special aired, we have been criticized for not really providing any tangible solutions to the problems we were discussing and exposing. We have also been getting requests from concerned citizens across the country asking for answers to the ongoing homeless problem we face here in Seattle and elsewhere in the United States.

“Fortunately, we had not stopped researching. Since SID aired, we have been closely working with William R. Simonson, one of the founders of Soylent, Incorporated, which currently has a supplementary nutritional shake on the market.”

Johnson continued, “While I can’t say too much right now, we think we’ve come up with the perfect recipe to alleviate the hunger that currently exists for answers.”

While KOMO has not divulged when exactly the new special will air, they said to look for it to come out in the weeks ahead.