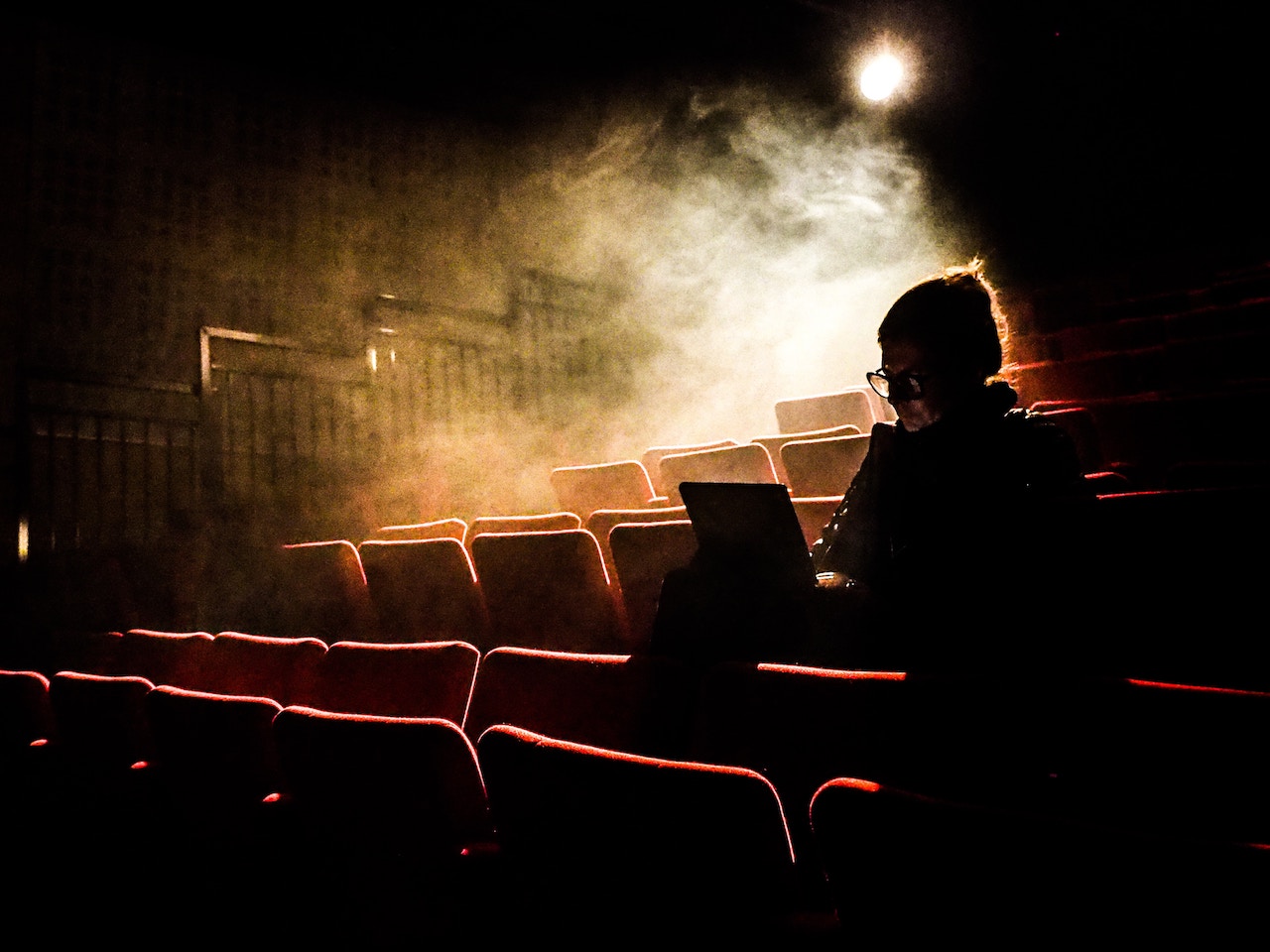 Never had I felt such a terror. Not on the day of my wedding, nor the day of my most important job interview. So what was I doing? This was the fear that gripped me last August before I stepped on stage at the 2018 Edinburgh Fringe to perform my show for the Cabaret of Dangerous Ideas.

Basically, it’s an academic’s nightmare: you are alone on stage, like a comedian, and for a full hour you explain a “dangerous” idea that you explore in your research to a lay audience.

Come to the cabaret

A year in advance you send a proposal of your idea, and a tough panel decides if you have what it takes to thrill an audience. One of the panel, Susan Morrison, is a professional comedian and also your guardian angel on stage; she’s there to support you, make fun of you, and protect you if your idea is too dangerous for some people.

Once I was selected, I realised it would be the first time in my life that I’d performed on stage. In a cabaret show. In English (I am Italian). In front of strangers. Strangers who were not researchers, who did not work in academia. If they actually showed up. Why on Earth did I say yes to this?

Well, I’d seen the Cabaret of Dangerous Ideas, and it seemed an excellent platform to talk to the public about my research. I study body representation – how we imagine our physical body. In particular, I am interested in understanding a condition known as body identity integrity disorder (BIID), which usually involves a desire to amputate a healthy limb.

I have written about this condition for The Conversation in the past in an effort to fight the stigma that surrounds it. People usually react with disgust when someone tells them they would like to have their left leg amputated. Unfortunately, this means those who suffer from this condition have very little support and often rely on illegal and very dangerous means to obtain their desired body state.

But I cannot fight the stigma by publishing in academic journals, read only by academics. I want to reach real people – a bit like The Conversation.

I planned a set of games involving the audience, asking them to rate unacceptable behaviours, such as eating human flesh or being attracted to their dog, then discuss why these taboo behaviours are accepted in certain settings, such as in TV series like Game of Thrones.

I wanted the audience to understand that sometimes we react with disgust because this is how our brain is programmed to defend us from harm. Eating human flesh can lead to disease, mating with a dog does not advance the species. So evolution equipped us with disgust. Still, we can learn how to pause before reacting, which helps us to be more understanding when it comes to diversity.

I was terrified, but at 1.30pm, with the microphone in my hand and the audience looking at me, something unexpected happened. I did not faint. I did not start crying. The audience was bigger then five people. An hour later, and not only had I survived, but I was on a high, planning how I could develop the show for 2019.

Without spoiling things too much, here’s a taster. I asked the audience to shout out disgusting words. You can try it at home in front of a mirror. If you watch your face you may see your nose wrinkle and the corners of your mouth turn down. You may feel a bit uneasy, and it is unlikely that you will feel any pleasure. This is the power of disgust.

The audience had the same reaction. I explained why: even the idea of something potentially harmful or contaminating leads to a physical reaction. Soon the discussion moved to a more in-depth consideration of moral topics that elicit disgust, one example being the condition I study.

Why do we react with disgust? Can we stop this visceral reaction? Should we stop it? The answer to the first question is that we are programmed to react like this. The answer to the second and third questions is a definite yes. By the end of the show, I had the audience promising me that next time they found themselves reacting with disgust, they would stop and think and try to better understand what was in front of them.

It was worth being scared, because I got to share my research with the public, and this way we change the world step by step.

It is challenging to be on stage for the first time – few are used to it, even if they teach or lecture every day. Things I learned? Prepare properly, you are still a researcher, even if masked as a comedian for an hour, and it is your job to be professional and know your stuff. Leave room for improvising. Have the first part well rehearsed, when things are at their most challenging and you are experiencing peak terror. But don’t overdo it. Leave room for riffing on things as the show continues. You know your topic, just go with the flow. That way you can tailor your show to your audience and the reaction you’re getting.

Remember the audience is there because they want to listen to you, and know more about your research. Your task is to share your knowledge so that they leave the room knowing more and interested in changing the world with you.

Work-wise, it improved the quality of my lectures from “I am telling you things” to a more interactive “we are doing things together”. Thanks to the Cabaret of Dangerous Ideas I have greatly reduced the number of presentation slides I use, and my students now spend a lot of time talking instead of writing notes.

See you at the Fringe.