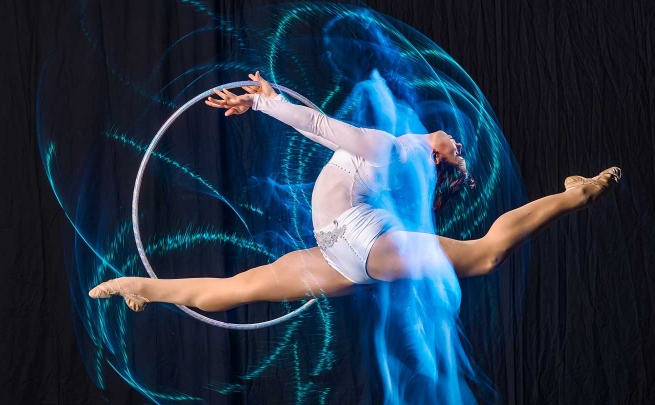 One of the truly marvelous things Ludovic Morlot has done in his tenure at the Seattle Symphony has been to challenge the orchestra’s own traditions. Think serialism never happened? Here’s a dose of Ligeti, Cage and Xenakis. Think everything has to be on the stage? Here’s musicians playing in the foyer. Think everyone has to dress up? Here’s the symphony in their street clothes. Think every piece has to be by already established composers? Here’s three new pieces from musicians

It hasn’t been at the expense of traditional repertoire and puffy black tie events — there are still plenty of those to go around. Instead it’s been an expansion, from which the artistry and the public relations of the symphony have benefited.

Part of that expansion has come from a re-discovery of the the pops as an integral part of the orchestral schedule. And not just in the Seattle Pops series itself, but also even in the mainstage Masterworks series, where finally someone listened to my complaints about not having any show openers before being thrust abruptly into heavy symphonic fare without time to adjust.

The pops is important. As a kid I found the pops immediately accessible. No one had to tell me it was “classical music” or that it was good for me, or that it was culture, or anything else. It was pure, direct, and joyous.

Having grown up with Arthur Fiedler’s records and concerts, I inherited his belief that classical music should not be reserved for the wealthy, and given that the Boston Pops sold more records than any other orchestra, clearly millions of Americans agreed. The symphony pops remain the best example of an “outreach program” in the country. Despite inheriting the European classical tradition, which has produced American masters like Copland, Carter, Hovhaness etc, the indigenous tradition of American orchestras stems from the operettas of Victor Herbert, Rudolf Friml, Sigmund Romberg etc, and merges with ragtime, jazz and folk forms.

That tradition is the American musical. So it make perfect sense to take on the musical as part of the symphony’s commitment to the pops.

So I wasn’t completely surprised to see a program of Cirque Goes Broadway. The nouveau cirque component probably seems like an incredible stretch, something one would never expect in Benaroya Hall. But in Mr. Morlot’s farewell season, after nine fabulous years of constantly shattering the “shoulds” and “cannots” of both the symphony and its resident hall, it makes perfect sense. Seattle is a big town for circus acts, and has been for years. It’s also a big town for touring musicals. So why not put them together?

It’s not really as haphazard as all that, of course. Troupe Vertigo have been working with symphonies in symphonic halls for awhile. Cirque-Cracker and Cirque Goes to the Movies have visited the Phoenix and Philadelphia orchestra halls. Broadway music is a logical step for them, just as it is for the SSO.

The first notable quality of the evening is the eclecticism of the song selection. Running the gamut from Damn Yankees to South Pacific to Wicked, the songs seemed to be chosen thoughtfully to highlight some aspect of the orchestra or the cirque troupe, rather than a collection of “greatest hits.” Under the baton of Jack Everly, the orchestra seemed genuinely in their element, no doubt helped along by the conductor’s enthusiasm. Mr. Everly is incredibly personable and takes great delight in building rapport with the audience (something I wish more conductors would figure out). He was also obviously into the music, so much I actually saw his feet leave the podium as he jumped with excitement on one occasion. My kind of guy.

The second thing I noticed was that both the cirque troupe and symphony clearly thought about the flow of the evening. Instead of relentless, wall-to-wall, mindblowing physicality and musicianship, there were times when there was no cirque activity at all, just the orchestra. This gave the eyes and the brain a chance to relax from the other times where things are truly hectic and dense.

I had no doubt, then, that this evening was truly collaborative and it showed. Troupe Vertigo is replete with excellent performers whose grace, strength, power, and beauty can easily enrapture viewers. On this night, they were particularly fabulous, regularly moving the crowd to applause as they made pure enchantment out of fairly straightforward work on silks or ring.

The symphony too were in fine fettle. It’s nice to see them play as though they are actually enjoying themselves. They’ve won their awards now, and are people talked about as the best orchestra in the country. They have nothing to prove except that they can have fun, which I believe they did.

It helped to have Ron Remke and Ben Crawford along of course, as well as the exquisite Christina DeCicco. All three had their moments singing a piece from a musical for which they are renowned, with Ms. DeCicco singing her number from Evita, Mr. Crawford from The Phantom of the Opera (which he is currently still playing), and Mr. Remke his outstanding rendition of “Gethsemane” from Jesus Christ Superstar. Mr. Everly has worked with all three singers before and augmented their strengths nicely with his orchestral work, especially in their final trio number from Wicked.

All in all, I found it an exceptionally enjoyable programme. It’s a delightful introduction to summer, a time when I look forward to seeing all the outdoor concerts and the pops. It’s been awhile since the Seattle Symphony played outdoors, and I thought it was a bit too precious then, but I hope they maintain their commitment to the pops under incoming music director Thomas Dausgaard.