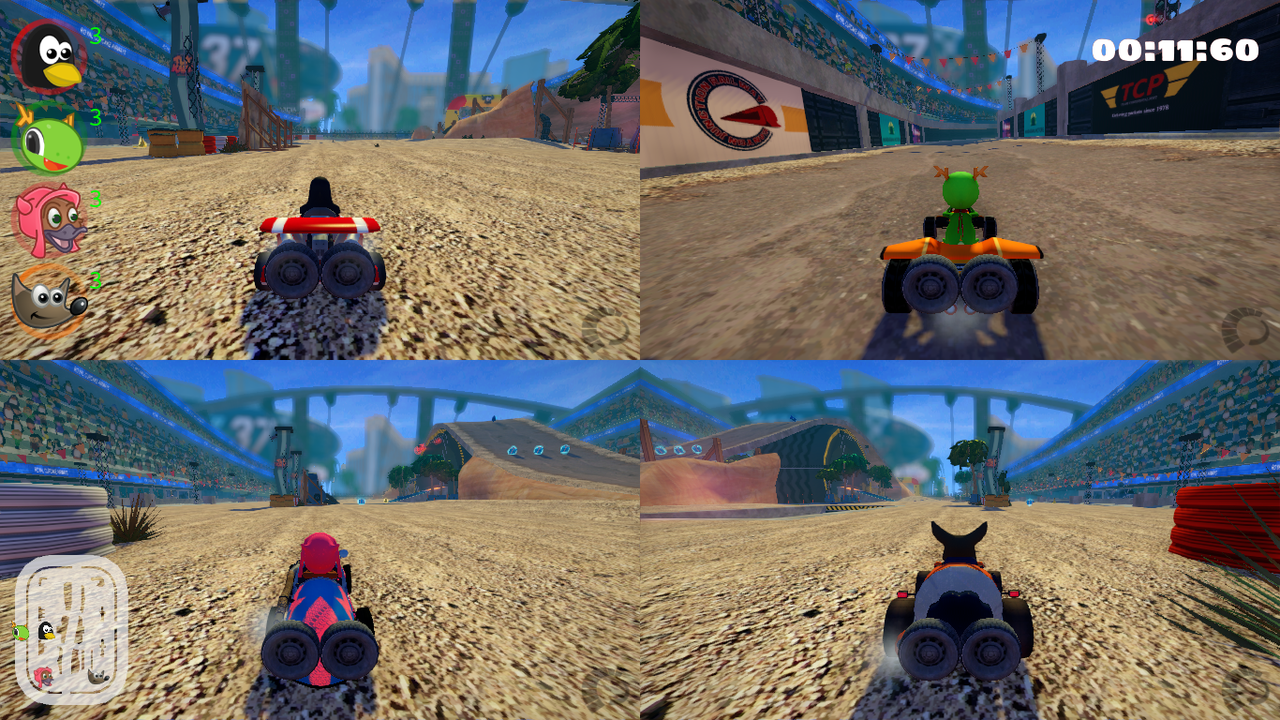 Something different for you this time around: an open-source, free software game that is fun for everyone. Unless you hate games, in which case we recommend therapy.

SuperTuxKart began about 11 years ago as a new version of TuxKart, a sort of free software version of Nintendo’s MarioKart racing. Since then it’s been adopted by a number of developers, each with fresh ideas, and is now an incredibly good game that, obviously, features a stellar racing mode but also seven other ways to play including soccer mode and Capture the Flag.

Free software devotees will recognize many of the characters in both the story mode and racing mode of the game. Linux mascot Tux, of course, features heavily. Thunderbird, Gnu, Suzanne from the Blender Project, Wilber (GIMP) and other mascots from open source projects around the world are all playable and ready to free up your gaming experience from corporate overlords.

Especially important for us here at The Star is that it is playable on Linux and Android, as well as the corporate Mac OS X and Windows. And now, finally, with its official 1.0 release, everything about the game is joyful. It’s playable online and in networked multiplayer, which open two new game modes for players. SuperTuxKart is one of the highest ranked open source games in history, and once you play it you will see why.