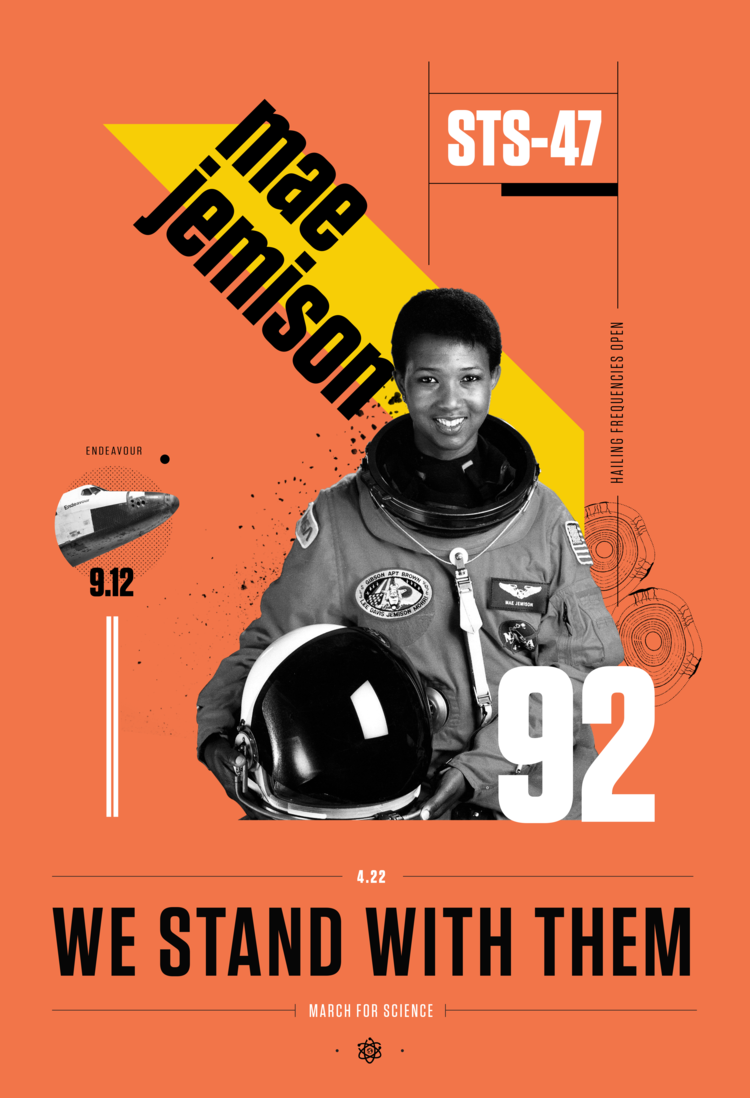 It’s been a minute since we brought you a Free Thing, so we’re going to step it up this week and bring you several.

The March for Science brought some nifty stuff to the American consciousness, but these wonderful posters by Amanda Phingbodhipakkiya are among our favorites. Each of the six posters features a brilliant scientist: a Nobel prize winner, a Nobel prize should-have-won, the first Iranian to win the Fields Medal, a space shuttle engineer, a rocket scientist who put the USA on the moon, and a brilliant Chinese physicist. And they’re all women.

The March for Science itself may be over, but these posters are timeless. If you missed them the first time — now’s your chance to rectify that mistake.

Download the Beyond Curie March for Science posters here.