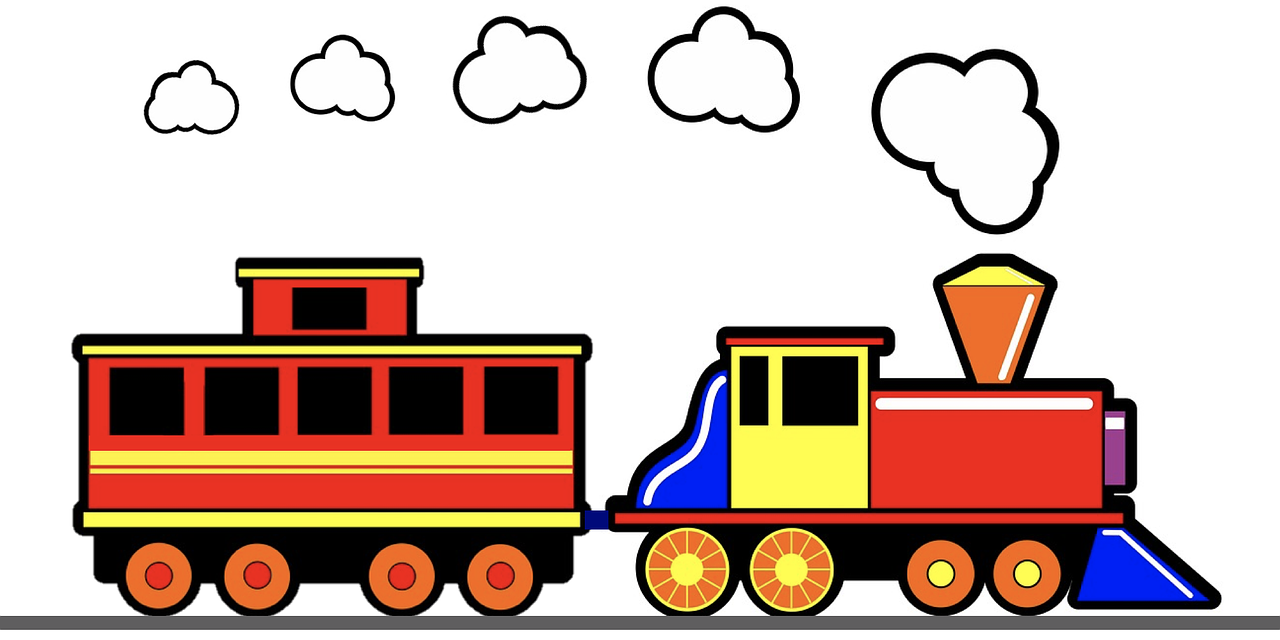 THE LITTLE ENGINE THAT [ONLY THOUGHT HE] COULD

Once, long ago, in the Roseville Yards of the Southern Pacific Railway (back when there was a Southern Pacific Railway), there was a little switch engine. This was back in the days of steam, when men were men and smelled of sweat and leather and locomotives were iron horses and smelled of grease and coal smoke – times even your grandfather can hardly remember, though he may claim otherwise. The little switch engine’s job was shunting a few freight cars at a time back and forth in the yard, breaking down the trains that had just arrived and making up those that were being sent out. This was actually a very important job, but the little engine didn’t see it that way. Roseville was where the Southern Pacific dispatched the trains it sent over the Sierras to Reno, so a few of the big mountain engines that pulled the trains over Donner Summit were always around. There were eight of these assigned to Roseville, and they were coupled together in units of two, three, or four for the trip over the mountains, depending on the weight of the train. The little switch engine envied the big mountain engines with his whole soul and, more than anything in the world, he wished that he too could pull a big freight train over the mountains.

The little engine had formed much of his opinion of the glorious nature of the mountain engines’ job by listening to their conversation. When they were back down in Roseville, they would sit on the sidings together, puffing their smokestacks and gossiping and bragging. They said things like, “That storm last Tuesday was something else! There were snow drifts twenty feet deep up near the summit! Yes sir, it was touch and go up there for a while, but of course we made it through. Can’t no snow stop a mountain engine!” Of course, the other mountain engines knew about the snow sheds in the high country, so they knew that even if the drifts really were twenty feet deep, there was hardly any snow on the tracks – but the little switch engine didn’t know this. They didn’t let on because they mostly said things like that to impress the ordinary engines that handled the flatland routes down to Oakland and up the San Joaquin Valley to Bakersfield. They weren’t trying to impress the little switch engine. They took no notice whatsoever of switch engines.

Well, things went on like this for several years. The little engine kept listening to the boasting of the big mountain engines, and he got more and more envious and more and more obsessed with the idea of pulling a real train over the mountains. He was sure he could do it. He believed that with enough determination and hard work, you could accomplish absolutely anything you set your mind to, and he was convinced that there was no limit to his determination. But, of course, nobody ever asked him to take a train out on the road anywhere, let alone up to Reno.

But there came one hot summer day when all eight of the mountain engines were in the shop. Two of them were just in for routine maintenance, but they were partially torn apart and couldn’t be fully reassembled for several days; the other six were in for a variety of minor, but urgent mechanical problems. And it was on that very day of all days that the Yardmaster got a phone call from Headquarters informing him that there was an important shipment coming in that absolutely had to be in Chicago in less than three days. What was he to do? How could he get that train to Reno so it could go on to Chicago? Well, first he tried calling down to Bakersfield to see if they could spare any mountain engines from the Tehachapi run and if so, how long it would take to get them to Roseville. But Bakersfield said they couldn’t spare any. Then he tried calling Headquarters and suggesting that they let the Western Pacific take the train up to Reno by way of their Feather River route – but this resulted in a minor explosion: it seemed that the honor of the Southern Pacific was at stake, not to mention the prospects of valuable future business.

So he turned to his assistant and a couple of off-duty engineers who were standing around in his office in the control tower and said to them, “What can we do?”

One of them said, “Maybe we could use three or four of the regular engines and take it slow and easy. They could probably make it if we didn’t push them too hard.”

But the yardmaster said, “No, they’re all out on the road right now. By the time we could get three or four of them back here, it would be too late.”
“Well, what can we do then? What do we have available?”

Now the rumor of this problem had traveled fast through the yard and it had soon gotten to the little switch engine. As soon as he heard it, he thought, “This is my chance! I’ll never have another opportunity like this!” So he immediately stopped shunting cans around, and ran back and forth through the yard, puffing and tooting his whistle in hopes that somebody would notice him. Finally he parked himself on a siding right in front of the control tower, puffing and letting off steam and tooting his whistle every once in a while.

He hadn’t been there long when one of the men in the Yardmaster’s office looked out and saw him. “Well,” he said, “about all we’ve got here is that switch engine over there. But that’s no good. That thing wouldn’t make it past Auburn with any kind of a load.”

“Well,” said the Yardmaster, “if that’s all we got, that’s all we’ve got. I’d rather try and fail than explain to Headquarters why we didn’t even try. Would one of you fellows be willing to try to take it up there?”

And one of the off-duty engineers said, sure, he’d try, but he expected to be back real soon. So the little engine got his wish.

They stripped the train down to the bare essentials – just the engine, the tender, the cars that has to be in Chicago in three days, and a caboose that was required by union work rules. They coupled the little engine to the rest of the train and headed out of the yard onto the mainline heading east. The little engine was so excited – it was the first time he’d been out on the mainline since he had first been delivered to Roseville, and he was getting to live out his dream. And he was sure he could do it. Because he was totally determined, and you can do anything if you’re determined enough!

He did OK. He made it past Auburn and he made it past Colfax and then Dutch Flat. But now it was getting harder. He was straining, puffing “I—think—I–can-—I—think—I—can—I—think-—I-—can…” and gradually slowing down. But the harder it got, the more determined he was, and the harder he tried.

Finally he came to the last grade below the summit. He was going all out now. The fireman was pouring on the coal and his boiler felt like it was just about ready to burst. He had slowed to a crawl, puffing “I-think-I-can-I-think-I-can-I-think-I-can,” but he was still moving. And then, with the summit clearly in sight just up ahead, his safety valve blew, the pressure dropped, and he rolled to a stop, defeated.

And then, there was nothing left to do but to go back to Roseville. As the little engine backed sadly down the mountain, he was going “I-knew-I-couldn’t-I-knew-I-couldn’t-I-knew-I-couldn’t….” When he got back to the yard, he was so ashamed that he wanted to hide, but where can you do that in a railroad yard? Still, he tried to avoid the other engines as much as he could and would go to the other side of the yard when the mountain engines were sitting on their tracks puffing and boasting. But many years later, when he was rusting away in the scrap yard, he could be heard boring the other old derelicts with his story of how he once almost pulled an important rush shipment over the Sierras.

Now the moral of this story, children, is this: it takes more than determination. Stay in school, and if you’re lucky enough to get a day job, don’t quit it.