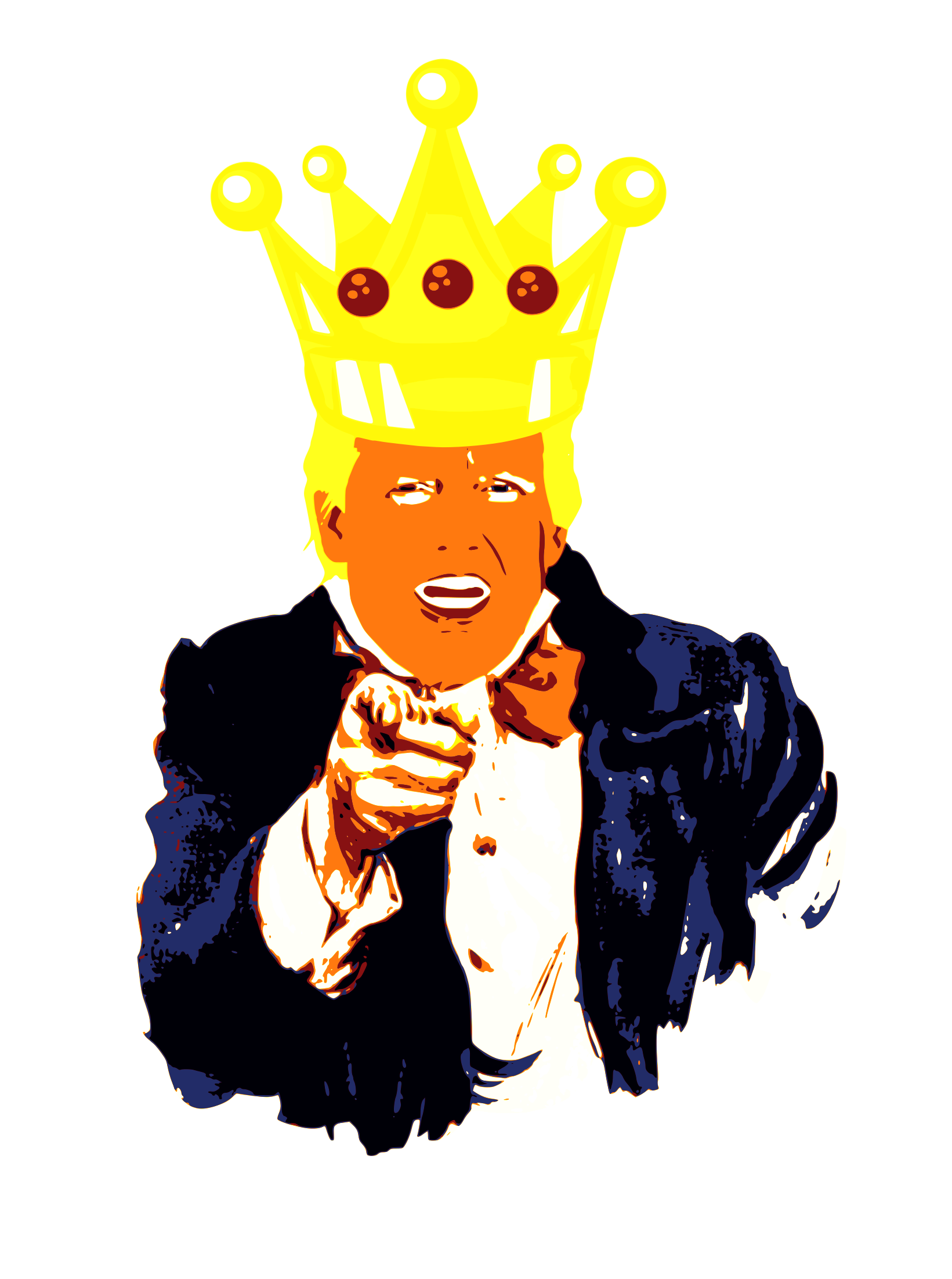 In a surprise move that caught most Democrats totally off guard, Senate Republicans have announced that they will offer Trump a golden crown and 200 bundles of fasces. During a grand ceremony that would rival his absolutely huge inauguration, the senators want to endow him with the august title of “Exalted and Esteemed Emperor of The Known And Unknown Worlds”.

When queried by reporters from the New York Times about why the senators chose that particular title to bestow upon the Great Leader, Lindsey Graham of South Carolina admitted that some of Trump’s biggest supporters think the earth is flat and therefore they believe that the underside of the planet is as yet unexplored. Trump’s next conquest will presumably be that “unknown world”.

“After that victory we plan to take over Mars,” he said. “From there it’ll be an easy task to subvert the entire galaxy and force it into submission.”

At a press conference in the Capitol Rotunda on Saturday morning, Senate Majority Leader Mitch McConnell said he will preside over the crowning ceremony scheduled to take place as soon as Fox News and the National Rifle Association can arrange it.

He shouted at reporters: “All Hail The Chief!”

Apparently, no other news media will be allowed to cover the event and Sir Rush Limbaugh will provide the color commentary while showing off his Presidential Medal of Honor.

“A new day is dawning in America, an era in which we can send immigrants back to the shit holes where they were born, where we can ban same sex bathrooms, get gays out of the military, and force women to stay at home taking care of the kids where they belong.”

Fink says the next step in Trumpian world domination will be the imprisonment of Hillary Clinton and the deportation of anyone who believes in climate change or who professes to be to the left of Attila The Hun or Vladimir Putin.

Democratic Senate Minority Leader Chuck Schumer could not be reached for comment. His congressional aides told us that he was actually in the bathroom weeping. Nancy Pelosi’s comments could not be aired due to excessive profanity.

When he was first approached with the idea, the Great One humbly refused to accept Emperorship. But after three attempts, he finally gave in and agreed to approve the scheme as long as he can call himself “The Grand Poobah” like Fred Flintstone in the cartoons.

Attorney General William Barr and Chief Justice John Roberts will also be officiating at the coronation, but they will be playing minor supporting roles.

The only official statement so far from the White House was The Donald’s tweet this morning:

“GOP Senators are doing an excellent job stimulating my economy and fighting public health issues. I have great words and great plans. I am a great man. Greatest in the history of the entire universe. They should all bow down and kiss my toes. In fact, I think I’ll let them do that when I am king.”

European leaders are reportedly meeting to discuss their reaction to Trump’s crowning glory. German chancellor Angela Merkel initially reacted by destroying her iPhone by bashing it against her own head. French leaders are calling for UN sanctions but the government of Spain thinks it’s splendid idea!

The Democrats say they will boycott the coronation unless former Vice President Joe Biden is named as co-regent.

An unnamed source in the Bernie Sanders campaign for US President claims the senator is considering setting himself on fire during the ceremony as a protest, but aides are against the idea because they say it might damage Bernie’s expensive new wig. One campaign worker suggested that Sanders should climb up the Capitol building flagpole and refuse to come down.

“You had better close down shop and move to Canada if you know what’s good for you. Otherwise, you might all get whacked.”