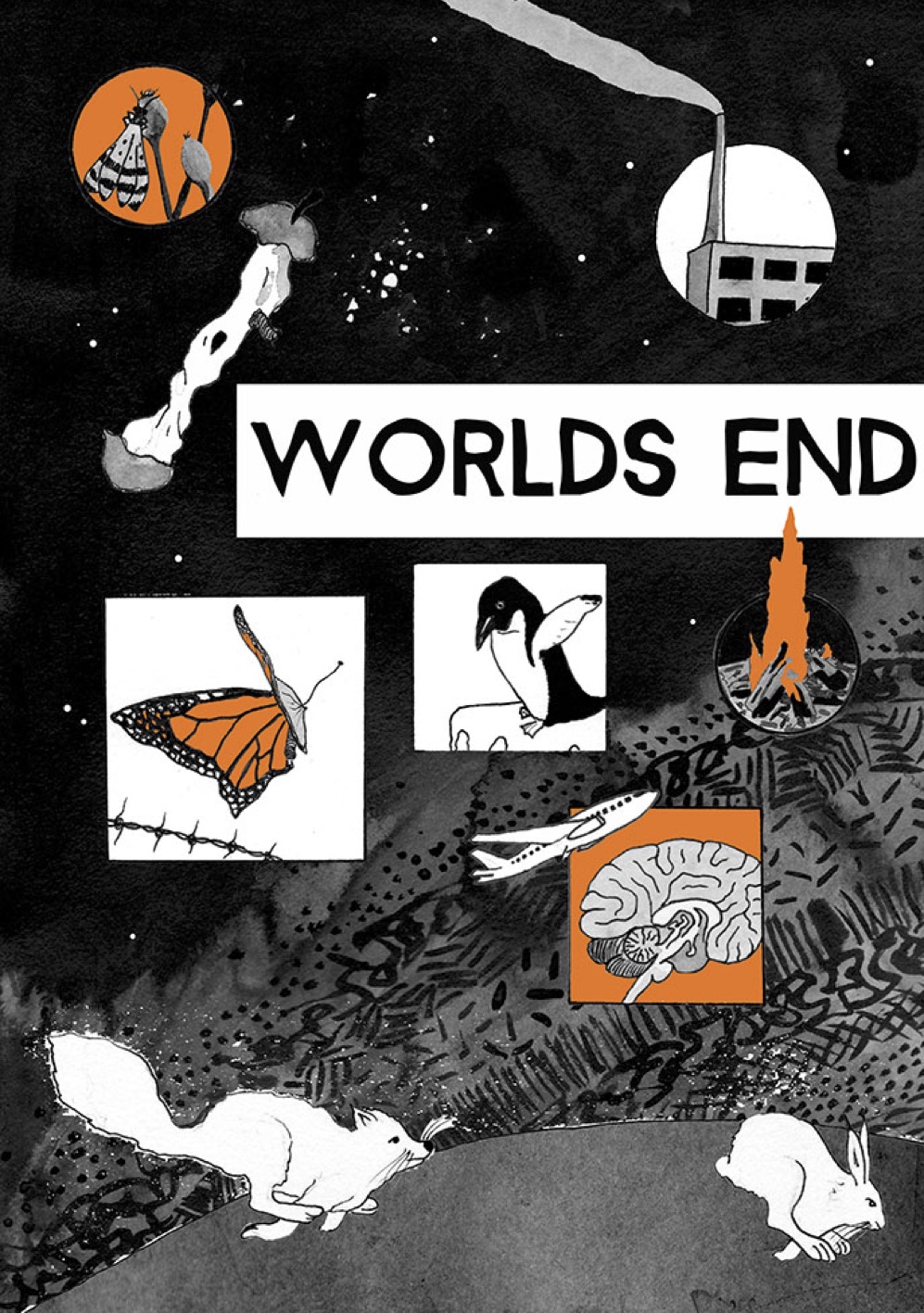 It’s easy for Americans to complain how they are living in “the end times,” whatever that phrase means. People everywhere are clinging doggedly to their prejudices and beliefs, each one convinced that someone, somewhere is out to get them.

But as an old teacher used to say, “You don’t know you’re in a Renaissance until it’s over.” The condition for all renaissance (“rebirth” literally) is that the old world has to die to be reborn. Watching that old, cherished world die is painful and grievous and confusing — which is pretty much the way most people feel these days.

Worlds End from the Mycelium Collective is a 52-page graphic album about the end of one of those worlds, specifically the world in which capitalism and climate change are incontrovertible, uncontestable powers that have always been and will always be. But this is not another liberal Debbie Downer screed. Instead it is a message of hope.

As the artist reminds us, “The future is uncertain; it’s also unwritten.” All things humanly created can be humanly changed. To make this happen one must get past the negative view of humanity conditioned by capitalism — namely, that everything is about selfish choices and materialism. Those choices have got our species to this point.

Now it’s time to move on.

If you’re feeling it (and we are) you may purchase a hard copy at AK Press, the same folks who bring you the incredible, long-running magazine World War 3 Illustrated.