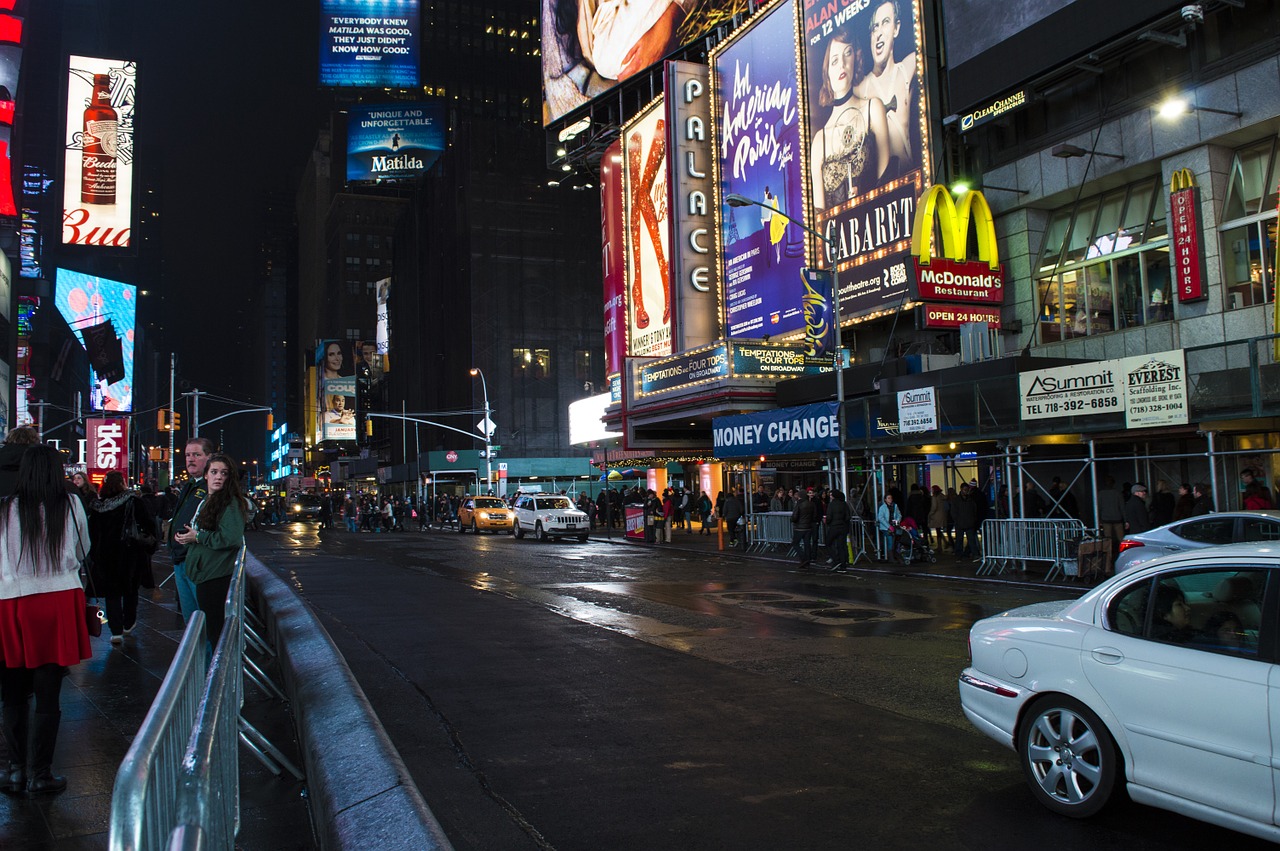 It was a Thursday a couple of weeks before our wedding when Anne and I took the subway all the way down to City Hall to get out marriage license. I later learned the distance was just under nine miles. From our apartment at 110th and Broadway it was a long subway ride. We got in just under the wire for the needed document before the closing time of 4:00pm. In the little plaza outside the building we stopped for an Italian soda from a cart. I then noticed a parade of people walking past on the pedestrian path to the Brooklyn Bridge. It looked like a protest march but there were no protest signs. It was a just a huge flood of generally well dressed bureaucrats and office workers trudging along. We wondered if it was that way every day at four when the offices emptied out.

Soon we saw that the streets around were full of people. City buses were stopped in the streets by the hordes around them. Cars were stacked up at crossing intersections. All the stop lights were unlit. We left the park and entered the melee. From passing people we heard the subways were stopped. We learned that shortly after four all the power in the area had gone out. There were various theories on what had caused the outage. One of them was it was a terrorist act. Others just figured it was overworked infrastructure. Some joked the city hadn’t paid the electric bill. No one seemed panicked. I found a policeman and asked. He said it was a power outage but he didn’t know what caused it or how far reaching it was. It was clear that walking would be faster than getting on one of the stopped buses. It was nice day. Not too hot, but in the high 80’s. Not perfect, but OK for a walk. We started hoofing it up Broadway figuring the power outage might be local, where we could get a cab farther uptown. A sea of people walked north with us.

It was surrealistic to see the streets full of people with an occasional automobile stopped like an island in the stream. Even more strange for New York, no cabs at all. Before long we were passing Soho and at Bleecker Street we finally heard some news. Across Bleecker from the Louis Sullivan Bayard-Condict building was a beat up white sedan parked with the curb side door open. The radio was turned up so passersby could hear. All the news was about the blackout. There was no news about just what caused it, but it was said to be huge. It covered all of Manhattan and a lot more than that. We continued walking.

At 11th street we came to Anne’s friend Andy’s apartment. She suggested we stop to see him. It was time for a rest. The buzzer and intercom didn’t work. I noticed a smallish open window not too high up. I supposed it was always open, and due to the height and small dimensions it was not considered a security. Doing my best Douglas Fairbanks impersonation, I jumped to grasp the sill, hoisted myself up, and slithered through. I dropped down into the dark postal vestibule off the lobby. I then took the stairs to the sixth floor and knocked on Andy’s door. No answer. I walked back down and out the main door to share the news with Anne. We walked back to Broadway. There we found Andy sitting on the sidewalk with his back to a restaurant wall, chatting with a similarly seated friend. The restaurant was managing to stay open by serving salads and sandwiches and drinks. Inside it was candlelit but with no air conditioning, or even blowing fans, it was stifling. Since all the beer would be getting warmer as we continued north, we stopped and had a pleasant meal, sitting on the sidewalk. Andy agreed to take part in our wedding in something akin to the maid of honor.

After our meal we felt refreshed and ready to ramble on. There were still no cabs. The streets were still full of people and few cars were able to pass through them. The most amazing thing was just how amicable everyone seemed. There was some grumbling, but it was lost in the greater feeling that it was day away from dull care and that we were all in it together. Buoyed up by the good will we looked forward to another hundred blocks till we were home.

The situation was adaptable people trying to make the best of a bad situation by supplying needed things to needful people. I didn’t see any price gouging. The items were mostly batteries and candles along with some more esoteric items such as manual and battery operated personal fans. There were also good values from bodegas for rapidly perishable items such as ice cream and other rapidly thawing things. Some places were just giving ice cream away. Passing by Union Square the park seemed like it had reverted to the hippie days. It was full of people gathered together for loosely knitted mutual enjoyment. Hot dogs and hamburgers were sizziling on charcoal grills. There was live acoustic music and dancing and wafts of marijuana smoke. Clearly hearing the music made me realize just how quiet the city was. It must have been this way a hundred years earlier, before automobiles were invented. Continuing north on Broadway it became cooler as we walked along. We were thankful we didn’t live in Inwood. We passed Herald Square in fine form before being slowed by thickening crowds at Times Square. The mood of the crowd still was light. It was good the blackout happened in August when the days were long. We were in the 70’s when the sun went down and it got dark. I do not write that lightly. It got really dark. It was you couldn’t see your hand in front of your face dark. A sort of dark I had never imagined could be in New York City. It was a good we hadn’t dawdled in our walk. By the time it got dark we were past the crowds. It was startling to realize there was person within a foot of you who you had not seen in the darkness. I really don’t know why, maybe because it was less than two years since 9/11, and no one knew if the blackout wasn’t the result of a terrorist act, but it wasn’t scary being in the dark. There was still a general feeling that we were all in something together. One good thing, many people had flashlights. We slowed our pace to avoid collisions.

It was past ten o’clock when we finally arrived at our apartment on 110th. We then trudged up six flights to 6-D. Inside it was good there were matches and candles.

Facts: At the time, it was the world’s second most widespread blackout in history, after the 1999 Southern Brazil blackout. The outage, which was much more widespread than the Northeast blackout of 1965, affected 45 million people in eight U.S. states and 10 million people in southern and central Ontario, Canada.