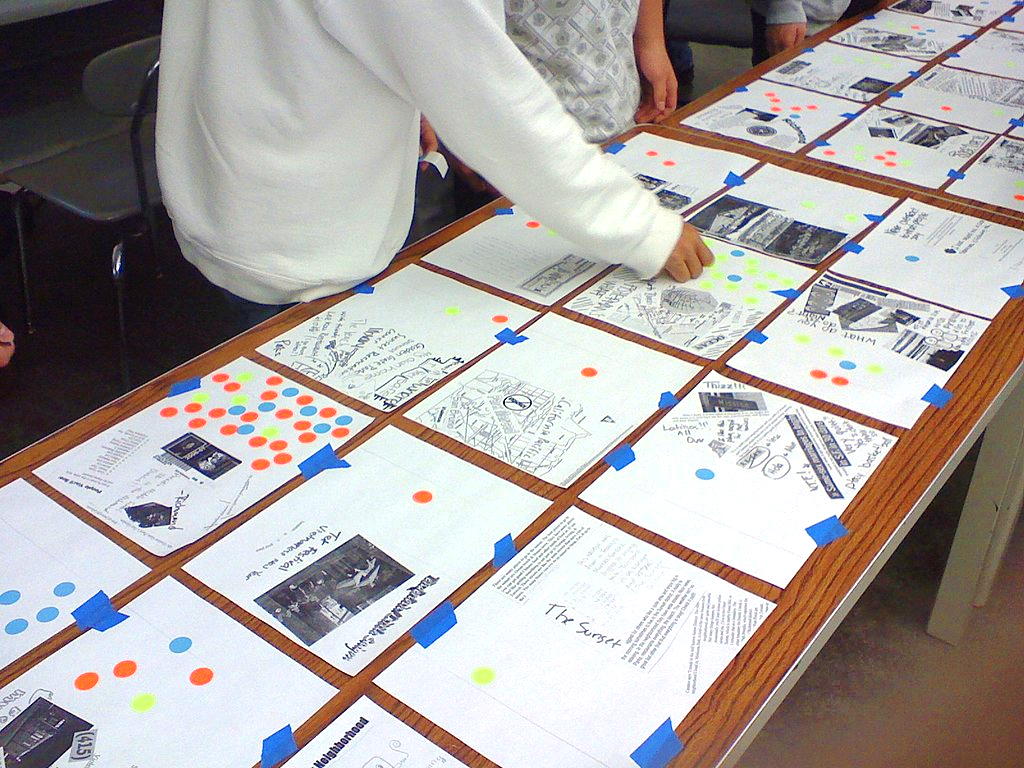 Two years ago, I wrote about how most public engagement is worthless. I am not a fan of the ways we have oriented local government vertically, to essentially be an implementation arm of state and federal policy instead of servants of urgent local needs. While we’ve done this internally within local government, we’ve evolved our public engagement process for similar objectives.

You can think of local public engagement as peaceful pre-crowd control. How do we provide enough opportunity for feedback and engagement so that we can say that everyone was heard, but not so much that it actually refocuses our priorities from those that we hold internally? From my 2018 column:

I’m a planner and I’m a policy nerd. I had all the training in how to hold a public meeting and solicit feedback through SWOT (strengths, weaknesses, opportunities, threats) questions. I’ve been taught how to reach out to marginalized groups and make sure they too have a voice in the process. That is, so long as that voice fit into the paradigm of a planner and a policy nerd. Or so long as I could make it fit.

There has been a lot of conversation about this here at Strong Towns since that article, and the follow up by Rueben Anderson (“Most Public Engagement is Worse than Worthless”), were published. Common approaches to public engagement are broken because the objectives of that engagement are wrong.

A tweet by Bernice King succinctly summarizes the power dynamic at play.

Even the statement, “Let’s invite more Black people to the table,” implies ownership of the table and control of who is invited.

I recognize the moment we are in and am not wanting to take away from it, but I would build off the core insights of that tweet by expanding it in the way Chris Arnade has described the “front row” and “back row” Americas. A year ago, Arnade wrote about those who own the table and control who is invited:

Our isolation from the bulk of the country left us with a narrow view of the world. We valued what we could measure, and that meant material wealth. Things that couldn’t be measured—community, ­dignity, faith, happiness—were largely ignored ­because they were hard to see, especially from so far away.

We had compassion for those who got left behind, but thought that our job was to provide them an opportunity (no matter how small) to get where we were. It didn’t occur to us that what we valued wasn’t what everyone else wanted. They were the people who couldn’t or didn’t want to leave their town or their family to get an education at an elite college, the people who cared more about their faith than about science. If we were the front row, they were the back row.

The front row owns the table. Through their actions, systems, and processes—through the questions they ask and the ground on which dialogue occurs—they generally decide who is invited to the table. I’m going to agree with Bernice King that there is a strong correlation with race in that, but clearly this is an experience shared throughout the entire back row.

We can get a glimpse of it from the front row. Recently, my colleagues and I were having a Slack chat about public engagement surveys. I’m going to leave my colleagues anonymous in sharing this dialogue.

Colleague 1: Our city is building a new police building/city hall, and they sent out a Survey Monkey asking for public comment on different design options, features, layouts, and more. It’s going to be the first thing people see as they enter our historic downtown area…and all the designs are sprawling, modern, with an aesthetic shelf-life of about five minutes, and look expensive to maintain. My written responses to the survey probably came across as curmudgeonly.

Colleague 2: [My spouse] and I are the same way. When our town hands out surveys, [spouse] actually fills it out multiple times bc we know that we’re the only people who are saying “less parking.’

Me: The school district did a number of similar things here when they were preparing their $200m+ bond issue. I would give very specific comments on design, layout, and aesthetics knowing that they were just going to laugh at it. It was really frustrating.

Colleague 2: We just had one about new wayfinding signs that our town is getting. It was a series of sign designs asking “which do you like best and why”?

We have this frustration and we know and understand the process. We have the luxury of having the time and capacity to engage. Given our anger at how things routinely transpire, it’s not difficult to appreciate the incredible degree of frustration experienced by those without our level of access.

The table metaphor is a powerful one in Christian religious practice. An “invitation to the table” is an act of service, one with no preconditions. It’s a practice that humbly accepts people where they are and demands nothing in return for that fellowship. It is at the most famous gathering at a table that Jesus, in the Gospel of John, tells his followers, “As I have loved you, so you must love one another.” He had just finished washing all of their feet, including those of the man who would hand him over to the authorities.

It’s not enough to merely send out more invitations to the existing table. If we’re prepared to truly be humble servants, if we’re ready to reorient our local governments away from the hierarchy of governments and towards the urgent needs of people within our communities, we actually have to redefine the table.

The table is not a physical object sitting in some meeting room at city hall. It’s not a visioning session, public hearing, or an online form. The table is out there. It’s the streets people are struggling to walk. It’s the dangerous crossing they are forced to make daily. It’s the substandard house they occupy or the small business they are trying to start. The table is our community.

And we are called to engage with it, not in ways that are comfortable to us, but in a manner that exposes us to the urgent needs of our neighbors. This is the Strong Towns Approach to Public Investment: